Sales of white poppies are higher this year than they've ever been – since the Co-operative Women's Guild created the symbol in 1933 to remember all those killed in war.

The Peace Pledge Union – the pacifist organisation that supplies and distributes white poppies in Britain – has sold 119,555 white poppies this year, as of the end of Wednesday 7 November.

The number is bound to rise further in the remaining days until Remembrance Sunday. 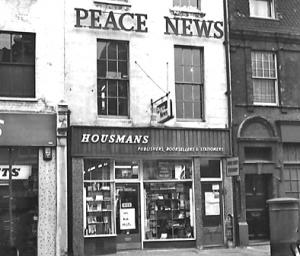 The letters pages in Peace News have long been a forum for debate on pacifist ideas: the August 1955 issues were no exception. Sid Parker, individualist anarchist, contributed to and edited political publications over many decades; pacifist Denis Barritt lived in Northern Ireland - including during “the troubles” - opposing all armies, ‘legal’ or ‘illegal’.

John Arden well deserved Michael Randle’s excellent obituary (PN 2544). I have a particularly soft spot for JA as I inherited his Personal Comment column for PN when he left for Ireland in the early ’70s.

His comments on his difficulties with absolute pacifism are illuminated in his challenging and contrary play Sergeant Musgrave’s Dance (1959). I’ve seen several performances and if the director and actors are not sympathetic to its politics and don’t… 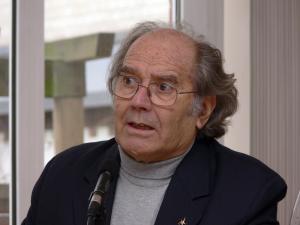 Born in Buenos Aires in 1931, Adolfo Pérez Esquivel played a key role in the nonviolent resistance to the South American military dictatorships of the 1970s and 1980s. In 1977, he was imprisoned and tortured by the Argentinian military junta. Three years later he was awarded the Nobel Peace Prize. Ian Sinclair interviewed him, with Beverly Keene interpreting, when he visited London in April.

Thank you for putting in some of my letter in the last issue (PN 2544). I am sorry that you could not find room for the first half of it, so here is an attempt to add these ideas about why I am revolutionary pacifiste.

I have great sympathy with Buddhism but I cannot go along with some of its main precepts.

I think lust and desire are good things. That they give meaning and describe life itself. However… 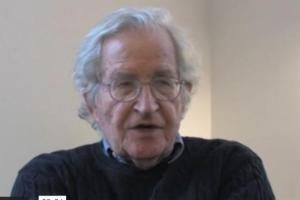 Film: an interview with Noam Chomsky 2011

Extracts from an interview with Noam Chomsky recorded in London in Oct 2011. Chomsky was keynote speaker at the Rebellious Media Conference organised by Peace News and others. Thanks to Toaster Productions for filming.

A response to Gene Sharp

I was pleased to see in the last issue of Peace News the interview with Gene Sharp who has done much to promote an understanding of nonviolent action as a strategy for political and social change and even revolution.

However, even allowing for the fact that this was an interview, and that his answers were of necessity somewhat off the cuff, I find the reasons he gives for no longer considering himself a pacifist unconvincing.

He says that ‘maybe unjustly, or maybe not,…

I, like many many others, feel very horrified at what is happening in Syria and other similar places. We rightly feel that we should be doing something. This is frustrating but if this leads to suggesting or taking part in violence or militarily defending the rebels or what we think are the innocent victims or ‘collateral damage’ then we defeat the purpose.

It is strange that so many people are prepared to risk ‘laying down their life’ for some cause by fighting. The enemy is… 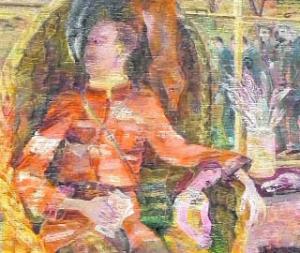 The painter, Lorna Vahey, on how a veteran from the First World War influenced her father's pacifism.

Gillie Woodiwis was an odd, nervy man, usually wearing a hairy suit. I have painted him sitting in my parents’ house where he spent a lot of time in the 1950s. Peace News is on his lap. I am beside him. I was often sat on his lap which I didn’t like much. He handed out highly religious tracts (which at the time, I wondered why my parents tolerated, as religion was usually banned), and was generally strange. He volunteered for the First World War, although he had already had a nervous…

A brief history of remembrance the pacifist way.

The idea of detaching Armistice Day, the red poppy and, later, Remembrance Day from their military culture dates back to 1926, just a few years after the British Legion was persuaded to try using the red poppy as a fundraising tool in Britain.

A member of the No More War Movement suggested that the British Legion should be asked to imprint “No More War” in the centre of the red poppies instead of “Haig Fund” and, failing this, pacifists should make their own flowers.
…