I think the first time I met Eric was in the hall where we arms fair blockers met to do final preparations in September 2017. But it might have been when, as a rookie NVDA activist, I joined a meeting of the Mad Hatters affinity group of Trident Ploughshares.

Wherever it was matters not. No-one could meet Eric and ever forget him - nor want to. 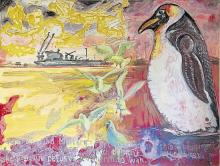 The tragedy of Boris Johnson’s fall

Johnson was an international criminal, not just a liar, argues Milan Rai

All year, it has been infuriating to watch the debate about Boris Johnson as pressure built up against the British prime minister until he was finally forced from office on 7 July by his own party – which believed he would damage its chances of winning the next election. 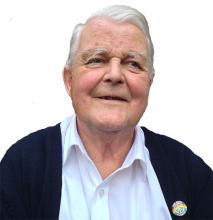 Bruce Kent was human decency turned into a human being.

For people of my generation, who came of age in the 1980s, Bruce was a beacon of sanity in a terrifying world. He was the voice of the peace movement: direct, honest and completely fearless.

He has continued to be that beacon of sanity and common sense.

On 17 June, the home secretary, Priti Patel, signed the order for WikiLeaks co-founder Julian Assange to be extradited to the US to face 17 counts under the US Espionage Act. His ‘crime’ was receiving and publishing secret US military documents containing evidence of US war crimes in Iraq and Afghanistan. If found guilty of all the charges, Assange could be imprisoned for up to 175 years.

Assange, who has appealed, remains in solitary confinement in Belmarsh high-security prison where he has been since 2019, when he was forcibly removed from the Ecuadorian embassy.

On 23 July, the ‘We All Want to Just Stop Oil’ coalition held a ‘mass swarming march’ in Central London. Groups set off from 11 separate locations, causing much traffic disruption, and all converging in Parliament Square for an authorised symbolic mass sit-down. Real Media, who filmed the event, reported that 1,000 people took part. 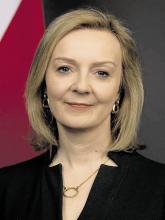 As Noam Chomsky has repeatedly pointed out since February: ‘our prime concern should be to think through carefully what we can do to bring the criminal Russian invasion to a quick end and to save the Ukrainian victims from more horrors’ (PN 2660).

This must mean an immediate ceasefire and a quick peace agreement along the lines nearly agreed at the end of March. 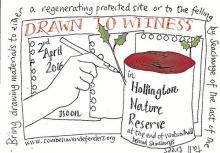 No 4 in our series about tackling SeaChange, a destructive quango in East Sussex

Despite the huge sums of money that had been thrown at SeaChange Sussex, most people in Hastings were unaware of its existence.

SeaChange, the private company which had received millions of pounds of public money to ‘regenerate’ Hastings in East Sussex, including building the much-hated Bexhill-Hastings Link Road (see PN 2658), preferred to keep it that way.

Five women give first-hand accounts of four undercover police spies who targeted them between 1987 and 2010. It is gripping and sickening to learn the extent of abuse that these women – and others – experienced. The format of the book involves short, dated sections from each of the five women, so that their stories are woven together. This can be confusing at times but it keeps the reader’s focus on the progress of their grooming, gaslighting and ghosting – and on their partial victory against the long-term abuse and misogyny of the Metropolitan police force.

Fortunately, it’s not too late to correct this oversight.

Ted Parker, A Loose Cannon: tales of a lapsed activist

Ted Parker was a working-class boy born in bomb-blasted Folkestone in 1942. His father was an army dispatch rider in the Second World War who died of Hodgkinson’s disease when Ted was eight. His mother was left to bring up two children alone and scraped a living as a cleaner in an army base.

When Ted was 13, she remarried and her new husband bought Ted his first guitar. Folk music and rock’n’roll remained important throughout Ted’s personal and political life. He did not do well at school and at 16 signed up, with his parents’ consent, to a 14-year contract with the RAF.

Nils Melzer, The Trial of Julian Assange: A Story of Persecution

Opening with a quote from the lawyer Otto Gritschneder – ‘Those who sleep in a democracy will wake up in a dictatorship’ – Nils Melzer notes that his new book is intended as ‘an urgent appeal… a wake up call to the general public.’