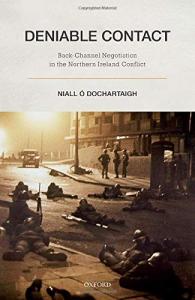 Since the war began in 1970, only four British soldiers have been convicted of the offence of murder. All four were subsequently re-admitted to the army.

In Derry alone, the British army was responsible for the deaths of 35 civilians. Not one soldier was made answerable before a court of law. Not one was subject to any proper criminal investigation until after the Good Friday Agreement was signed and pressure began to mount for truth and justice

Joe McCann, a leading member of… 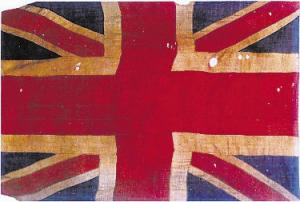 What was significant was the degree to which the English and international media decided to report it. Their… 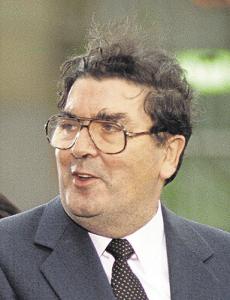 John Hume was one of four people associated with the recent conflict in Ireland to be awarded the Nobel Peace Prize. Definitely he was the most deserving.

He secured the Peace Prize for his efforts in bringing the armed conflict to an end and the subsequent signing of the Good Friday Agreement, endorsed in an all-Ireland referendum.

Ten years ago, he was voted ‘Ireland’s Greatest’ in a poll conducted by RTÉ, the Irish public broadcaster.

And in death he has been…

October marked the 50th anniversary of a police riot, an unprovoked and brutal assault on a civil rights march in Northern Ireland 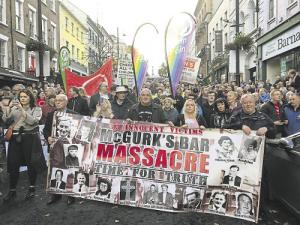 Part of a Sinn Féin march along the planned route of the 1968 civil rights demonstration, at the bottom of Shipquay Street, Derry, on 6 October. The banner refers to a UVF bombing of a pub in Belfast on 4 December 1971 which killed 15 Catholics including two children. The McGurk’s Bar Campaign for Truth is a family campaign to expose British state collusion with the loyalist attack. Photo: Robin Percival

Is there an opportunity to move towards a united Ireland? 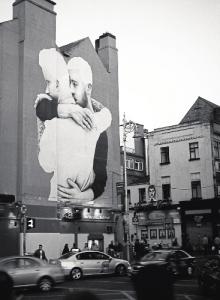 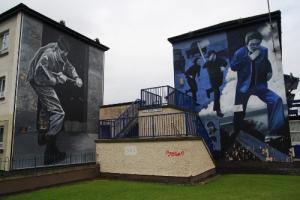 The Raytheon Nine on trial

The trial of the group known as the Raytheon Nine began in Belfast on 20 May . (Actually, only six of the defendants are in the dock. Three others are currently on remand in the Republic of Ireland on charges relating to dissident republican activity.) The trial began at the Crown Court on 21 May with about 50 people participating in a solidarity demonstration.

The basic facts about the incident at the Raytheon offices in Derry are clear. On 6 August 2006, a group of nine men, part…