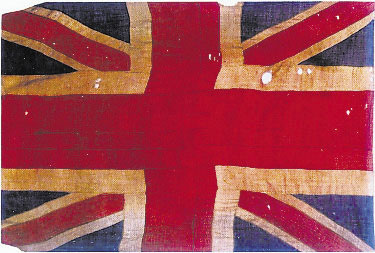 What was significant was the degree to which the English and international media decided to report it. Their interest was not particularly to do with Northern Ireland. What they had twigged was that the rioting had something to do with Brexit, and that it was loyalists who were throwing petrol bombs and stones, not nationalists.

The media certainly inflated the level of violence. It was confined to a few areas of Belfast and Derry; most of it committed by young people from loyalist areas.

The rioting took place ahead of the centenary of the foundation of the Northern Ireland state in May. The celebrations, however, were overshadowed by events taking place within unionism, events which show unionism in a state of crisis, decline and disenchantment.

First, Arlene Foster, the first minister in Northern Ireland, was forced to resign her leadership as a consequence of an unprecedented putsch within the Democratic Unionist Party (DUP).

As we write, an electoral battle has taken place to replace Foster as leader of the DUP: between an MLA (a member of the Northern Ireland (legislative) assembly), Edwin Poots, the current minister of agriculture, and an MP, sir Jeffrey Donaldson.

Then, Steve Aitken, the leader of the smaller Ulster Unionist party, announced his resignation.

The causes behind the present turmoil within unionism began with the 2016 referendum on EU membership.

In fact, a significant number of unionists refused to accept the advice of their political leaders: they voted to remain.

This referendum was, in some ways, the mirror to Ireland’s divorce referendum in 1995, when, for the first time, the people of the Republic voted by a tiny margin to defy the direction they had been given by the Catholic hierarchy.

Now, 21 years later, it was the North’s turn to reject the directions given by the dominant unionist parties, but by a much larger majority.

For Northern Ireland, the problem of Brexit was clear (but complicated). If the UK was to leave the customs union and single market as well as the EU itself, there would have to be border controls to monitor tariffs and quality controls. The only land border between the EU and the UK is the land border in Ireland.

And yet there never was going to be any land border. This was established fairly early on by both the British government and EU because a land border would seriously undermine the Good Friday Agreement which both governments are legally committed to uphold.

Incredibly, the DUP at Westminster, who at that time held the balance of power within the house of commons, voted down the one ‘soft’ Brexit agreement which would have removed any need for any kind of border between the UK and the EU. This was the agreement proposed by the then British prime minister, Theresa May.

The Northern Ireland Protocol, signed by the British government and the EU, establishes custom checks at the main ports into Northern Ireland. It is called, not strictly accurately, the border in the Irish sea.

Soon after 1 January, it became clear that the paperwork required was onerous; other goods, famously flowers in pots from England, would be barred from Ireland because they might not meet EU standards.

The unionists see this as another betrayal of their rights. The DUP, in particular, instead of selling the benefits of the protocol, began to panic when opinion polls showed a significant section of their vote haemorrhaging towards the hard-line Traditional Unionist Voice (TUV).

Their gushing support for Johnson, he was given a standing ovation at a DUP conference, was now looking foolish and naïve.

As often happens in politics, those opposed to the DUP began to hype up the dangers which the protocol posed to the union.

They argued, rightly, that Northern Ireland was being treated differently to the rest of the UK. They argued, wrongly, that this altered the constitutional position of the North which only a referendum could change. But worse, this predicament had been created by the Unionist parties themselves.

The celebrations around the foundation of the Northern Ireland state suddenly seemed an irrelevance. And there is not much sympathy for the DUP from the majority non-unionist community in the North made up of Sinn Féin, the SDLP, the Alliance party, the Greens and PBP (a socialist party).

From a unionist perspective, what is happening is seen as additional evidence that Britain no longer cares for them or their interests.

It is seen as belonging to a long line of betrayals by Britain in the past 50 years: the radical reform of local government, stripping such matters as housing from local councils, the suspension of Stormont, the negotiations with Sinn Féin, the disbandment of the B Specials and the UDR, and the replacement of the RUC by the PSNI.*

Yet, in the case of the Irish protocol, many commentators, including unionist ones, have written about the sheer foolhardiness of the DUP and the lack of strategic common sense shown by Arlene Foster. The trust they put in Boris Johnson only to see that trust betrayed. Everyone else saw it coming.

The battle for the leadership within the DUP is sending an important signal as to their future direction.

Edwin Poots, a born-again Protestant fundamentalist who denies evolution and who opposes gay and reproductive rights, has been elected leader. The DUP will now lose even more support to moderate parties such as the Greens and Alliance.

Poots is very closely associated with the Ian Paisley wing of the party, with its roots in Protestant fundamentalism. They certainly remain an important component of Ulster unionism, but their power and influence is declining.

This can be seen in the fact that the Northern Ireland assembly passed a motion in April condemning ‘gay conversion therapy’, despite the opposition to the motion from the DUP.

Interestingly, the motion was proposed by two Ulster Unionist MLAs. (It was this motion that triggered the coup against Arlene Foster. She was one of three DUP MLAs who abstained.)

My assessment is that many unionists are not concerned by the Northern Ireland protocol. Many of the problems associated with it are teething problems and will be resolved. They like the peace and they want a future for their children which is free from violence and continues to deliver peace on the streets.

* These acronyms and their context are explained in the online version of this article. Some explanations were given in the last issue.

For an interesting commentary on the state of the Protestant community in the North, Robin recommends this May 2021 Bloody Sunday Trust/Museum of Free Derry interview with author Susan McKay, herself from a Protestant background: www.tinyurl.com/peacenews3603