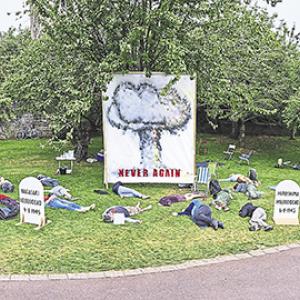 Despite COVID-19 restrictions, there were several in-person Hiroshima and Nagasaki commemorations in the UK to mark the 75th anniversary of the atomic bombings in Japan.

In Bristol, CND, Trident Ploughshares, and XR Peace organised an ambitious four-day Peace Gathering, which began and ended with die-ins, in Castle Park in central Bristol (above).

As well as the ‘longest banner drop in Bristol’ (91m along Finzel’s Reach Bridge over the harbour), there was a leafleting-and-…

In the world’s first successful challenge against the use of automatic facial recognition technology (AFR) by police, the court of appeal ruled on 11 August that the South Wales police (SWP) force’s use of AFR had been unlawful. This overturned a high court ruling the other way.

The appeal was brought by Liberty, on behalf of anti-arms trade activist Ed Bridges. The court upheld three of the five grounds Liberty raised.

The US had been demanding his extradition to face charges of conspiracy to receive, obtain and disclose classified US diplomatic and military documents – because of his work with WikiLeaks.

If found guilty on all charges, Julian could face up to 175 years in jail.

Clive Stafford-Smith, founder of the legal charity Reprieve, told the court that documents published by… 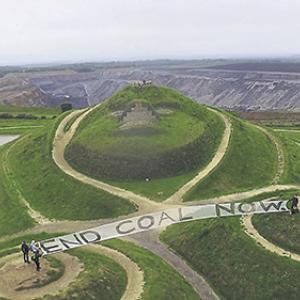 On 8 September, the government said that an opencast coal mine planned for Druridge Bay in Northumberland could not go ahead. Robert Jenrick, secretary of state for housing, communities and local government, rejected the planning application because it was ‘not environmentally acceptable’.

For the last seven years, the Save Druridge campaign has been opposing Banks Mining’s plan to put an opencast coal mine next to the dunes of one of the most beloved beauty spots along the… 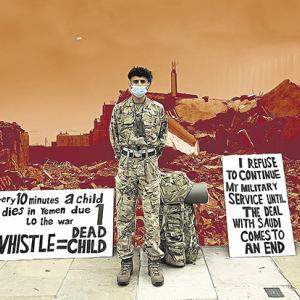 A lance corporal in a British army signal regiment has been arrested after staging a one-person protest opposite Downing Street against British support for Saudi Arabia’s bombing of Yemen.

In a video recorded before his 24 August protest, Ahmed al-Babati, who was born in Yemen, said: ‘I joined the army in 2017 and took an oath to protect and serve this country, not to be part of a corrupt government that continues to arm and support terrorism… I’d rather sleep peacefully in a cell… 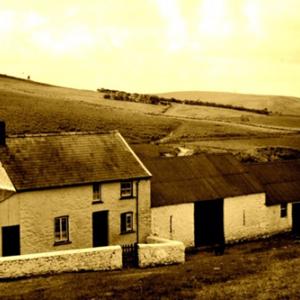 I wonder if you have seen the words ‘Cofiwch Epynt’ (‘Remember Epynt’) whilst travelling in Powys, mid Wales?

It is an echo of the ‘Cofiwch Dryweryn’ murals that have appeared in all parts of Wales over the last year – but what is behind the words?

It is a story of the heartbreak of losing land, language and a way of life to a training area for the British army.

Sixty square miles of Welsh land fell under the rule of the ministry of ‘defence’; the Welsh language border… 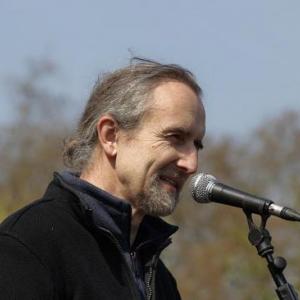 Beyond Politics or Beyond Foolish?

On 21 July, a new political party calling itself ‘Beyond Politics’ threw buckets of pink paint over the front doors of Amnesty International, Greenpeace, Friends of the Earth and Christian Aid.

The driving force behind the new group – which launched itself at the end of June with a shoplifting stunt at a branch of Sainsbury’s in Camden – appears to be Extinction Rebellion (XR) co-founder Roger Hallam.

On 25 July, XR UK issued a statement clarifying that ‘Roger Hallam no longer… 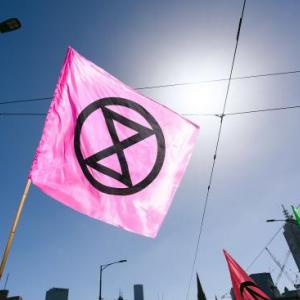 Extinction Rebellion (XR) UK’s organisers ‘say they are… shifting strategy toward a model that prioritizes the communities in which they operate’ and ‘will also move away from [the group’s] focus on disrupting the public, which won it so much attention’, instead directing XR’s actions ‘at institutions, businesses and government bodies preventing climate action’, Time magazine reports.

According to Time, one member of XR’s UK actions circle ‘describes a “mini civil… 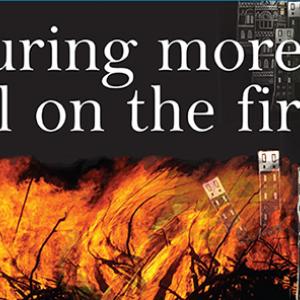 UK to resume arming war in Yemen, despite pattern of Saudi war crimes

The British government is going to sell weapons to Saudi Arabia again, after deciding there is ‘not a clear risk’ of those weapons being used to attack civilians in Yemen. Saudi-led forces have been waging war in Yemen since March 2015.

The Campaign Against Arms Trade (CAAT) responded: ‘This is a disgraceful and morally bankrupt decision. The Saudi-led bombardment of Yemen has created the world’s worst humanitarian crisis, and the government itself admits that UK-made arms have played…

Phil Steele takes a look at what's been happening in Wales

The pandemic restrictions in Wales meant that from March onwards most peace campaigning took place screen-to-screen via Zoom or Skype.

This, of course, had its limitations, but it did mean that it was no longer necessary – or indeed permitted – to bring people together by making convoluted journeys through the mountains via B-roads or by circuitous train routes.

The Welsh government took a more cautious approach to lockdown than Westminster, but local socially-distanced… 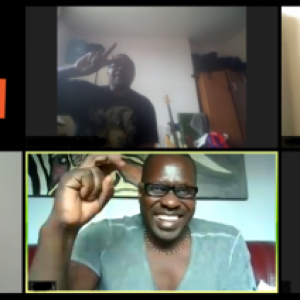 How UK activist organisations and radical media have been responding to the current crisis (continued from last issue).

Since the beginning of lockdown, the Campaign for Nuclear Disarmament has held a series of webinars (including ‘Ventilators not exterminators: why now is the time for defence diversification’); run an online lobbying campaign directed at MPs (‘Wash our hands of Trident to combat COVID19’); and run an online competition to produce eye-catching posters that people can print off and display in their windows.

Vigil for Gaza held in run up to Christmas

Borth and Aberystwyth Women in Black held a vigil on 30 November.

We were responding to a request from a local Palestinian woman whose family still lives in a refugee camp in Lebanon. She felt that Gaza and the plight of its people were forgotten in the midst of Brexit, general election campaigning and the run up to Christmas.

So we gathered on a cold morning and stood in silence with our Palestinian flags and simple placards: ‘Cofiwch Gaza’ (‘Remember Gaza’) and ‘Imagine Peace…

In November, Kate Sherringer and Hwyel and Christine Davies of West Wales Friends of Palestine walked 100 miles through the West Bank of Palestine from Rummanah, near Jenin, to Jordan.

The walk was organised through the human rights organisation, the Amos Trust.

Kate explained: ‘I’ve never done a lot of walking, but it seemed like a good challenge to set myself in my 70s. I’ve been interested in issues around Israel and Palestine for a while, and this is my fourth visit there… 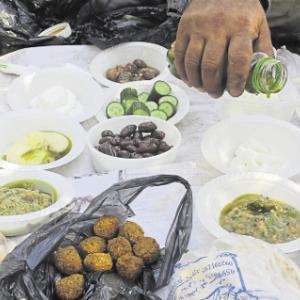 From Wales to the West Bank

For a start, I never imagined that I was going on a holiday when I signed up to go with a Peaceful Presence group to help with the olive harvest.

I knew that it would be hard work and that I might witness things that would distress me. Since I came home, I’ve found it difficult to talk about the visit. Knowing intellectually about the situation didn’t… 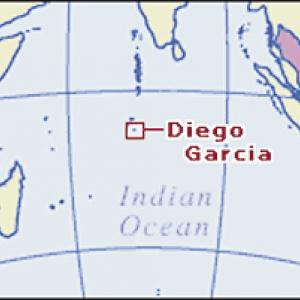 British officials might stand trial at the International Criminal Court (ICC) for crimes against humanity because of the British government’s refusal to return the illegally-occupied Chagos Islands to Mauritius.

That was the threat made on 27 December by the prime minister of Mauritius, Pravind Jugnauth, after an advisory opinion by the world court last February and the expiry of a six-month deadline set by the UN general assembly.

The Chagos Islands in the Indian Ocean include…

Young people who speak emotionally about climate change might be extremists who need to be reported to the authorities. That was the message of a regional police ‘counter-terror’ guide labelling nonviolent campaigning groups as ‘extremist’. A second (national-level) police document which warned of groups like CND and Greenpeace is being challenged by CND, Trident Ploughshares and others.

The first guide, Safeguarding young people and adults from ideological extremism, was…

The end of the world is closer than it’s ever been, according to the Bulletin of Atomic Scientists. On 23 January, the Bulletin moved the hands of its Doomsday Clock 20 seconds forward.

The clock, which symbolises how close humanity is to destruction, is now only 100 seconds to midnight.

Rachel Bronson, president and CEO of the Bulletin, said: ‘We now face a true emergency – an absolutely unacceptable state of world affairs that has eliminated any margin for…

In January, European activists were arrested as they attempted to break the illegal Israeli siege of Gaza by cutting the fence separating Gaza from Israel.

The campaigners were from ‘Gaza 2020 Breaking the Siege’, a new international movement whose aim is to challenge Israel’s ‘inhumane’ blockade of two million Gazans.

Previous attempts to break the siege have been by sea, including the Gaza Freedom Flotilla of May 2010, in which nine unarmed Turkish solidarity activists were… 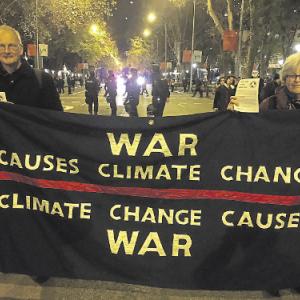 MAW at a climate conference

David Collins & Hilary Evans on their experiences at COP25

Movement for the Abolition of War’s eye-catching banner ‘War causes climate change – Climate change causes war’ caused an international stir in December when it travelled to Madrid to take its message to the UN climate conference COP25.

The banner was seen and photographed by thousands of delegates and visitors entering the conference centre – and by many more on the 500,000-strong Friday evening climate march through Madrid (led by Greta Thunberg).

MAW has long believed that…