Cath Bann is caught up in the maelstrom

I never made an actual decision to join XR Peace; I was caught up in the maelstrom that is Angie Zelter. One minute I was in a meeting about blockading DSEi, the next we were discussing the finer details of using Yorkshire CND’s mock Trident missile to block the MoD on the Embankment on 7 October.

I hadn’t previously been involved in Extinction Rebellion as I had little time and some misgivings. These stemmed from the fact that I broadly share Peace News’ critique of XR,… 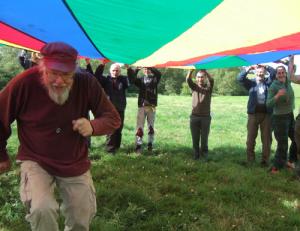 When the tributes started to pour in for Peter Le Mare, who has died suddenly of an aggressive form of leukaemia, one in particular seemed to sum up the mood. It read: 'Penzance will miss him.' A resident of the area since the late 1980s, Peter was a well-known character in the town, with his colourful CND stall ensconced at the end of the main street every Saturday for the last 30 years.

A reader writes in as part of the trans rights debate 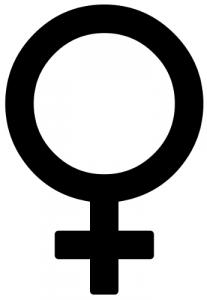 Last issue, we published a letter from Clare Bonetree explaining why she was ending her subscription to PN over our coverage of recent conflicts over trans rights. The last straw for her was our description of the conflict at the Liverpool Anarchist Bookfair (over an anti-trans leaflet) as a question of free speech. Clare’s letter prompted a response from another reader, Cath Bann, which is published below. We welcome responses to both Cath’s and Clare’s…

On 1 October, the Campaign for Nuclear Disarmament (CND) is organising a major protest simultaneously at RAF/USAF Fylingdales on the North Yorkshire Moors and at USAF Croughton in Northamptonshire.

Fylingdales is a US ballistic missile early warning radar base and could initiate a nuclear response to a missile attack. As part of the US missile defence system, it is also a component of the US nuclear strike force. At Croughton, the US will be spending £200m to turn the base into…

At the end of this powerful retrospective of the work of photojournalist Don McCullin, there is space for visitors to question the photographer. I wrote “How could you experience this, and not become active in opposing war?”

The photographs, mostly in his stark black-and-white style, many the subject of awards, are well-known and need few words.

If nothing else in the Imperial War Museum can persuade you of the unbearable realities of war, McCullin’s photographs surely must.…