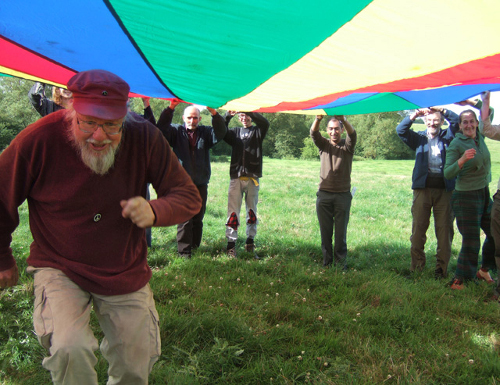 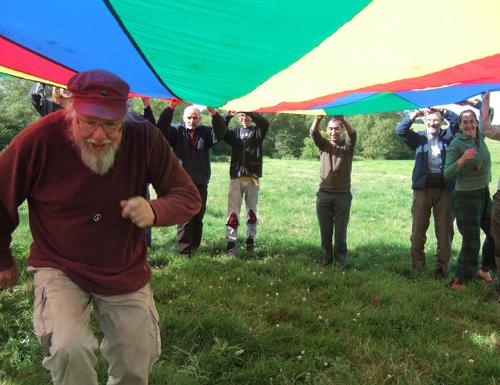 When the tributes started to pour in for Peter Le Mare, who has died suddenly of an aggressive form of leukaemia, one in particular seemed to sum up the mood. It read: 'Penzance will miss him.' A resident of the area since the late 1980s, Peter was a well-known character in the town, with his colourful CND stall ensconced at the end of the main street every Saturday for the last 30 years.

Born into a Quaker household in Bristol in 1939, Peter attended the Quaker school at Sibford.

At 18, he joined the fledgling CND. He wasn’t on the first, but attended all the ensuing Aldermaston marches. Thus began an association (and a passion) that was to last until his death.

Peter ran CND groups wherever he lived over the next 60 years, and served on CND’s national council, attending a meeting in London in April.

He was always proud to call himself a libertarian and an anarchist. It was this that drew me as a young CND staff member to Peter; we were both wearing CND and anarchy badges side by side.

As a young man, Peter became a woodworking teacher in a secondary school, and then a self-employed craftsman in Birmingham.

After his marriage to his first wife, Maureen, ended, Peter had many escapades in the merchant navy, including finding himself forced to live on the streets of Calcutta for some months.

Peter wound up in Thailand, where he fell for a local beauty who had a stall selling jewellery. After a rather dramatic ‘rescue’ from her own difficult situation there, Peter and Anna were married in Bangkok, and returned to Birmingham.

A few years later, Peter made one of his dreams a reality by moving with Anna to a barn in the far west of Cornwall, amalgamating their names to call it Petanna Peace Barn.

Peter’s other passion was the sea, and this almost sent him to an early watery grave. Sailing across the South Pacific, Peter and his companion had to bale out into a tiny life-raft with only a few days' worth of food.

Miraculously, after a stressful day and night at sea, they were rescued by a huge freighter.

This didn’t put him off sailing though, and I was there to see one of his other dreams become real as his little peace boat was lowered into Penzance harbour. He named the 22-foot yacht, Be Disarming.

With a big CND symbol on its sail, he had many adventures, sailing from Cornwall up to the houses of parliament via the Kingsnorth Climate Camp, and also over to Brittany to join Mouvement de La Paix for an anti-nuclear demo.

Peter was a stalwart member of Peace News Summer Camp, always arriving a few days early to help set up the camps since they started in 2009.

At the time he died, Peter had begun organising his annual Peace Fest. He received the call that was to send him rushing to hospital while at an Amnesty letter-writing group. He lived his beliefs to the very end, which is a blessing, a gift from the world for everything that he had given to the world in his lifetime.

There are few people about whom you can say that their politics were as radical and integral to their personality on the day they died as they were in the heat of their youth. Peter was such a person.

He leaves his wife, Anna, sisters Sally and Liz, and so very many close friends.