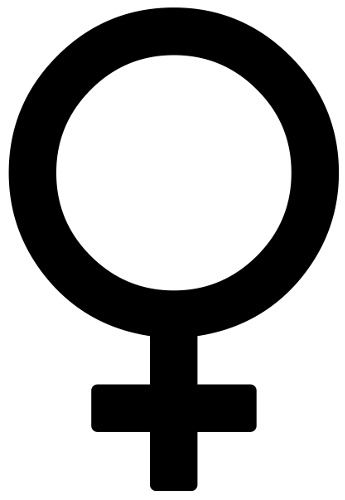 A reader writes in as part of the trans rights debate 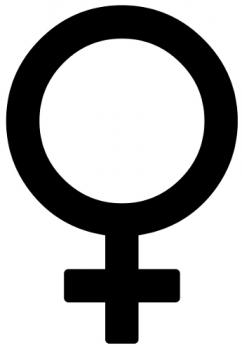 Last issue, we published a letter from Clare Bonetree explaining why she was ending her subscription to PN over our coverage of recent conflicts over trans rights. The last straw for her was our description of the conflict at the Liverpool Anarchist Bookfair (over an anti-trans leaflet) as a question of free speech. Clare’s letter prompted a response from another reader, Cath Bann, which is published below. We welcome responses to both Cath’s and Clare’s letters – we want to represent the diversity of views in grassroots movements for change, and be a forum for debate. We should say that both Clare and Cath are nontrans women. A common way of saying ‘non-transgender’ is ‘cisgender’ (‘cis’ for short), meaning that your gender identity today matches the gender other people labelled you with when you were born. Some nontrans people reject the word ‘cisgender’.

There is another response to Clare’s letter on p19.

I want to respond to Clare Bonetree’s letter in the previous edition of Peace News, to say how much I have valued your coverage of the transgender issue. So few left-wing publications have been courageous enough to print opinions which question the prevailing thought on trans issues, and the fact that you have featured articles from both sides of the divide, as well as offering your own take (as a free speech issue) is commendable.

“It is not transphobic to say that our female biology matters.”

While I appreciate that Clare’s motivations likely stem from the desire (which I and presumably all in the peace movement share) to stand up for minority communities, I believe there is a failure to see that there is an overreach in trans rights ideology that is causing genuine concern. To label this concern, and Peace News’ article, as transphobic is drawing the parameters of what counts as transphobia too widely.

I should point out that I do always use the name that a trans person has chosen and the pronoun (she/her; they/them and so on) that they prefer. I try, so far as is possible, to accept people as their declared gender.

Having said all that, the marginalisation of any particular group does not necessarily render all the demands of that group inherently progressive. And there are some insurmountable problems with aspects of transgender ideology that any radical should take the time to explore.

One problem is the use of the word ‘gender’ itself, which confusingly has come to be a synonym for ‘sex’. It has historically been used to describe the set of behaviours and appearances that society expects of a person dependent upon their biological sex. Hence gender-critical feminists seeking to abolish gender altogether. Transgender activists see ‘gender’ as some sort of innate sense of identity. And herein lies one cause of division.

Another is that many people in our society have assumed that ‘transgender’ still means transsexuals or transvestites. Transsexuals (who often have body dysmorphia that only physical transition can alleviate) and transvestites (who adopt the role or performance of the opposite sex) have largely, and quite rightly, been accepted. People can live the way they want to live so long as it doesn’t impinge on the rights of others.

However, nowadays, a radical transgender ideology states that trans women are actually women/female. Because they feel like a woman (and this frequently invokes damaging stereotypes and a male idea of womanhood), then that means they actually are a woman and always have been. So therefore their penis is female, their XY chromosomes are female. And in this worldview, as women can have penises, many trans people do not physically transition.

And because these born males feel like a woman they demand all of society must accept that they are so. The logical progression is then that they must have equal access to female-only spaces such as women’s prisons, toilets, changing rooms, refuges, women’s sports (in which they generally have a huge advantage due to being male-bodied), posts such as women’s officers, or women-only shortlists, as well as to the lesbian community, with lesbians labelled transphobic if they express a sexual preference for people without penises.

There is no spectrum

I believe that there is no such thing as being born in the wrong body.

Feminists have struggled for many years against the concept of a female brain that is different to a male brain and science debunked this idea some time ago. Nor do I believe in the idea of a female soul or essence.

The other main argument used to explain how trans people can literally be the opposite sex is that ‘sex is a spectrum’, referencing intersex conditions. Many intersex people are very upset that their difficult medical conditions are being appropriated to justify a radical trans ideology. The vast majority of intersex people are either male or female, with some reproductive problems associated with chromosomal abnormalities. They generally do not identify as trans and the idea that they are a third, fourth... sex, and not truly male or female is offensive to them.

Rigid gender stereotypes have made it difficult for people to be their true selves and this can result in psychological distress. Support should be widely available for such people. But the idea that they really are born in the wrong body, as opposed to just feel like they are, is causing a problem. Everyone should be free to believe what they want. But the question is, should all the rest of society be forced to believe it too?

A further progression to this argument is that if society accepts that someone’s internal feelings trump biological fact, and that ‘being born in the wrong body’ is a real condition, then it follows that society ‘helps’ children and young people who think they may be trans (but who may simply not fit in, or be gay or lesbian) to avoid puberty, take cross-sex hormones and alter their bodies as early as possible. We would then be subjecting them to a lifetime on strong drugs, to infertility, to sexual difficulties, to disappointment as they realise that it is just not possible to actually change biological sex.

If the proposed changes to the Gender Recognition Act go ahead, we will be one step further towards a society which places feelings above material reality. I do not think it is transphobic to say that society should not design our structures, our laws and our customs and traditions around subjective feelings rather than around observable science and biology.

“I do not believe in the idea of a female soul or essence.”

Trans rights must be protected, but not this unscientific over-reach. Trans women are trans women, and what is wrong with that? In the words of one transsexual woman, who is part of a growing movement of transsexuals and transvestites who oppose the current transgender ideology, ‘male born trans people need to be proud of who we are, not try to subsume women. Women are members of the female sex. People born male just aren’t and never can be. There’s absolutely nothing wrong with that. Accepting it is the road to mental well-being. Chasing mirages isn’t.’