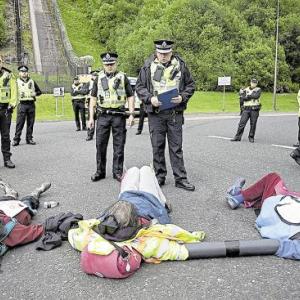 On 13 June, one of the arrestees, Gillean Lawrence of XR Peace, was deprived of her heart medication for nine hours by police at Clydebank police station, and threatened with being held overnight without access to her medication. She has made a formal complaint.

Peaton Wood is very close to RNAD Coulport which stores…

On 16 June, an International Day of Action was held to call on all countries to ratify the Treaty on the Prohibition of Nuclear Weapons (TPNW), and for all nuclear weapon states to get rid of them.

There were demonstrations making these demands in Paris and Berlin, and letters were handed in to the British nuclear weapons bases at Faslane and Coulport.

On 25 July, a group of nine anti-arms trade protesters were acquitted after a four-day trial at Stratford magistrates court in East London.

However, the DSEI Nine were acquitted because the court ruled that the…

In August, the Nuclear Information Service (NIS) will be unveiling the first digitised documents from the research archive of the late Scottish CND co-ordinator John Ainslie (see his obituary in PN 2600 – 2601). As well as taking part in campaigning and direct action in support of disarmament, John was ‘an authoritative and internationally respected nuclear researcher’ (the Guardian…

SAS soldiers killed detainees and unarmed men in Afghanistan in suspicious circumstances on dozens of occasions, according to a BBC TV documentary broadcast in mid-July.

Military reports obtained by Panorama suggest that one SAS unit may have killed 54 people unlawfully in one six-month tour.

Whistleblowers from the SAS squadron told the BBC they saw SAS ‘operators’ kill unarmed people during night raids – and then plant AK-47 rifles to justify the killing. 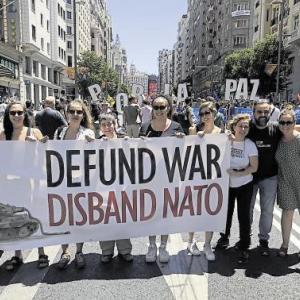 Peace activists flocked to Madrid before and during the NATO summit in the Spanish capital at the end of June.

There was the biggest anti-NATO march for decades on 26 June, with 30,000 marchers. It was part of the programme of the Madrid Peace Summit, held in the huge, union-owned Auditorio Marcelino Camacho in the city centre.

The Italian government fell on 21 July partly over the issue of arms supplies to Ukraine.

The Five Star Movement, the hard-to-define, anti-establishment party, and the largest party in Italy’s parliament, had been in governing coalitions since 2018, but it lost confidence in the current national unity government this summer.

The party also split over Ukraine. Foreign minister Luigi Di Maio, in favour of arming Ukraine, broke away from Five Star in June to form a new party, ‘…

As thousands of Palestinians demonstrated in Gaza and the West Bank against US president Joe Biden’s visit to the Middle East in mid-July, the British Muslim human rights group CAGE released a report on bias in British education: Understanding Ukraine and Palestine solidarity in UK Schools. 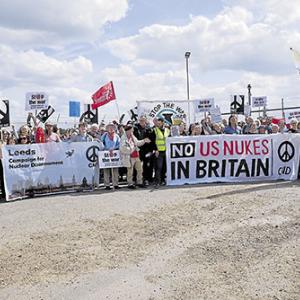 ‘Fly them to Rwanda!’

On 6 May, protesters infiltrated a Conservative party dinner in Bassetlaw, Nottinghamshire. During a keynote speech by home secretary Priti Patel they took it in turns to stand on chairs to denounce her ‘racist and inhumane’ plan to deport refugees to Rwanda. (The audience booed them as they were removed.)

The UK government has reached an agreement with Rwanda by which refugees who arrive in the UK ‘illegally’ (the only way they can), and who apply for asylum, will be flown 4,500… 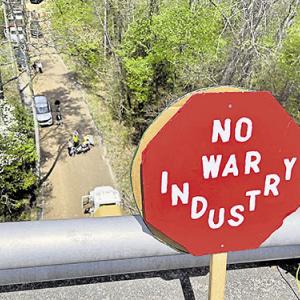 On 22 April, Earth Day, a local anti-militarist action group in North Carolina, USA, held a two-hour blockade of the construction site for a 1.2mn square foot jet engine manufacturing plant belonging to Pratt & Whitney (wholly owned by Raytheon Technologies, the second largest war corporation in the world). The ‘Reject Raytheon Asheville’ protest, called ‘Windmills Not War Machines’, was one of over 30 events in a week of mobilisation around the US sponsored by the War Industry Resisters…

Women deceived into relationships with undercover police officers have condemned the further delays that have been announced in the government’s Undercover Policing Inquiry. On 20 May, their campaign group, Police Spies Out Of Lives, said: ‘The idea that we have to wait until 2024 for the next tranche of hearings is beyond belief. Justice delayed is justice denied. We urge the inquiry to rethink this timeframe.’

In 2015, the Metropolitan police apologised to seven women and paid…

On 9 May, the well-known peace activist and Labour councillor Maya Evans got in touch to ask for the online version of her articles for Peace News to be removed from the PN website.

In line with her request, PN has begun the process of removing the 50 or so items that Maya wrote for us. Most of them are warmly-received Diary pieces that Maya contributed during her four years as the PN Diarist between November 2007 and June 2011. There are also…

Messages of solidarity were sent around the globe on 15 May, as protests and vigils were held to mark International Conscientious Objectors’ Day.

Countries such as Colombia and Turkey saw demonstrations calling for the abolition of conscription. Peace campaigners in countries from Spain to Japan sent messages of support to conscientious objectors in Russia, Ukraine and Belarus.

In Finland, protests against conscription were combined with demonstrations against the Finnish… 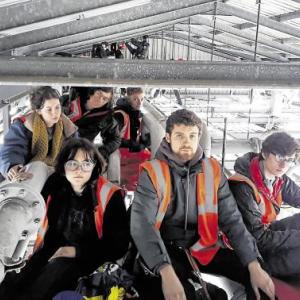 JSO demands that the government calls a… 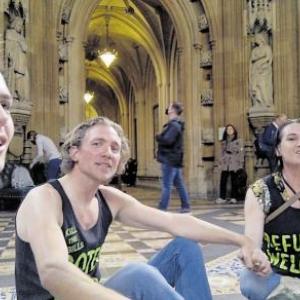 During its passage, the bill was twice returned to the commons by the house of lords with many amendments. The lords removed measures in the bill to give police new powers to: stop protests in England and Wales if they are deemed too noisy and disruptive (in the opinion of the police); impose conditions on protest on noise grounds; stop and search…

A relative of a victim of Bloody Sunday has condemned what he called ‘amnesty by attrition’ after authorities in Northern Ireland appealed to the UK supreme court to try to avoid prosecuting a British soldier for murder.

‘Soldier F’ (David James Cleary) is the only soldier who has ever been charged with a crime in connection with the Bloody Sunday massacre. He was put on trial in July 2021 for the murders of William McKinney (26) and James Wray (22), as well as at least five attempted… 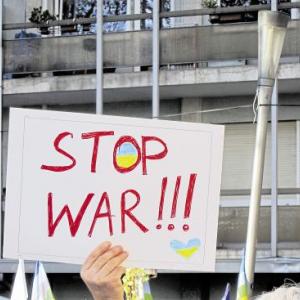