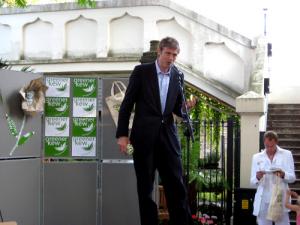 Climate activists now urgently need to reach out... to the centre-right!

We must bridge the political divide if we're to tackle climate change, argues George Marshall

2008 photo of re-elected Conservative MP, and former Ecologist editor,
Zac Goldsmith, who was at the launch of COIN’s report on the centre-right in 2013. Photo: Annie Mole

The UK election results on 7 May have left many climate activists dejected as they had pinned their hopes on the Labour party championing climate action over the next five years. But what should they do now?

Climate activists have traditionally been radically-minded, focused on the transformations…