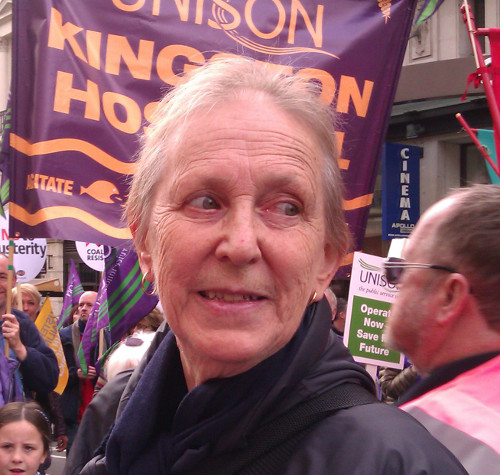 Feminist and peace activist who wrote books on

Cynthia was born in rural Leicestershire. At the age of 19, she moved to London where she worked as a typist for the home office and became personal assistant to Anthony Eden (foreign secretary and later prime minister).

Cynthia’s interest in politics began when, aged 21 and working in the foreign office in Bangkok, Thailand, she learned about the Chinese revolution and decided to visit the country.

Informed by the UK chargé d’affaires that she could not go to China while working at the foreign office, she resigned and went as a tourist!

Back in Britain, Cynthia’s early research interests included local governance and the sexual division of labour and she published several books on the subjects of male dominance and gender and technology.

A feminist and a peace activist, she was at Greenham Common; she formed Women against War in the Gulf in 1981, a group that developed into a watchdog during the war in former Yugoslavia and later affiliated to Women in Black; she travelled round war-torn areas and listened to survivors’ stories and dreams; and she was instrumental in gathering 800 women from across the world in Jerusalem to discuss resistance to the Israeli occupation.

Cynthia’s feminist peace and conflict research has informed politicians and decisionmakers and her books are used as textbooks in universities the world over.

Cynthia founded Women in Black London and, at the time of her death, was working on a book on Women in Black against War to record the organisation’s more than 30 years of history.

Cynthia joined the street choir Raised Voices in 1994. Morag Carmichael and Ros Brown note that she ‘quickly became very committed to the choir. She wrote our constitution and was a strong advocate of our being a collective. She had a way with words and wrote the lyrics for at least 20 of our songs. “Who Do They Think They Are?” written in anger around the time of the invasion of Iraq in 2003 is especially powerful, as are “Arms Trader” and “Life on Earth”.’

Cynthia was also a founder member and staunch supporter of the Campaign Choirs Network and organised several ‘Big Sings’ of combined street choir members at demonstrations in London.

Morag and Ros note: ‘The last time she sang with Raised Voices was at the Hiroshima commemoration on 6 August. We miss her hugely. She was a warm friend to so many people. A first reaction on hearing of her death was: It’s hard to imagine a world without Cynthia.’