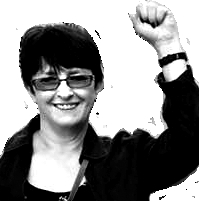 'Making some statements out loud causes them to be true, did you know?'

Facts are facts! Or are they?

Maybe it’s just more noticeable in these days of the internet and social media.

Back in the day, I remember people (well, men mainly, but women did believe them) saying ‘feminists are all man-haters’ and the like.

Here’s another: ‘The socialists (meaning the Labour Party, more social democrats than socialist, but still) want to ban private property: watch out for your house/car/wife’. (NB Note how that changed with Tony Blair’s ‘New Labour’, ‘socialists’ no more!)

Nowadays, it’s ‘that Corbyn is anti-Semitic’, but no mention of Johnson’s very obvious racist statements of the past, or Tory support for Viktor Orbán of Hungary, a holocaust-denier, or the fact that no one, not even the likes of the Daily Mail, ever accused Jeremy Corbyn of anti-Semitism when he was a humble back-bencher.

Making some statements out loud causes them to be true, did you know? More now than ever.

Amongst the gems I’ve heard recently have been: ‘Liberals (or in American: “libtards”) are all violent thugs who are just as bad as fascists’ (aka ‘Very fine people on both sides’!)

And: ‘leftists are all apologists for Islam’, which is all leftists and all Islam, whether fundamentalist or wishy-washy, almost like many UK Anglicans, only-going-to-pray-on-highdays-and-holidays type of Muslim.

And a very recent tweet: ‘immigrants are more likely to use the NHS than locals’.

You can demur all you like. People who make these sorts of statements always have a line to repudiate your repudiation.

People who disagree with me, but politely and with a reasoned argument to counter something that’s clearly opinion rather than fact, come into the category of sensible.

On the other hand, those who tell me to go live in an Islamic country because I dared to state, correctly I thought, that nobody had deliberately flown a plane into a building since 9/11, well, they come into a special category of their own.

Fairly recently, I saw that a journalist and writer (with a law degree) was being described as ‘that well-known idiot.…’

I don’t know what circles this troll mixes in but no one I know would describe such a person as an idiot even if they didn’t share her opinions (being female and a person of colour perhaps led to her being labelled as such by that well-known genius, random white man on Twitter).

People will always label stuff they don’t like as bad, sad or dangerous.

But then you get people stating baldly that ‘the climate has always changed, why are they trying to make us think it’s different now, it’s just a money-making scam’. No matter what you say in return, people with such hard-wired beliefs are not going to change them.

In fact, it has been shown that some people will never change their opinions even when faced with facts, and will react strongly against any attempts with even stronger beliefs.

Considering that facts are so much easier to get access to these days, I wonder why this is such a problem? And just how do we know what are facts and what is ‘confirmation bias’?

As the astrophysicist Neil de Grasse Tyson says: ‘The good thing about science is it’s true whether you believe it or not’ and that goes for anything else that is true, and not opinion.

The planet is warming up, and catastrophically; the arms trade fuels war; vaccines save lives; the earth is not flat; and humans, male and female (or other), of whatever colour or creed, can be as intelligent, or as dim, as anyone else and no one has the monopoly on stupidity. None of these are opinions, they are facts.

Claire Poyner is the Network for Peace worker as well as PN admin worker.