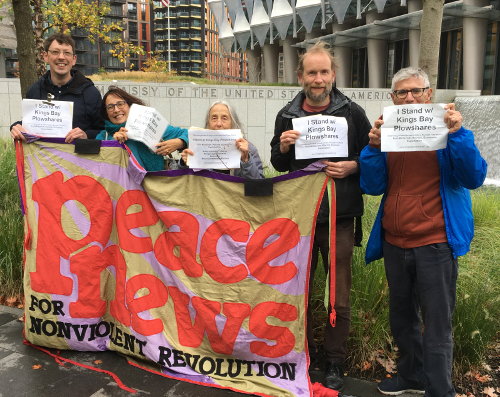 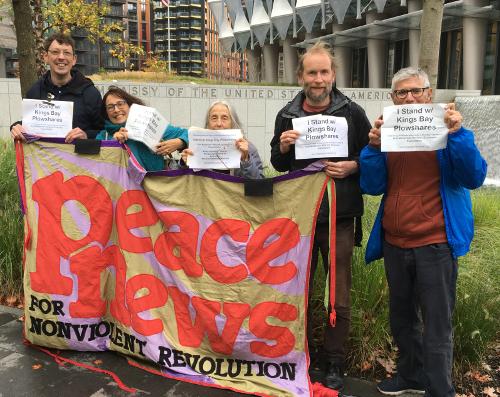 On 21 October, the first day of the trial of the Kings Bay Plowshares 7, Peace News held a vigil outside the new US embassy in south London. We stood in solidarity with the seven US Catholic peace activists who broke into a US Trident base in Georgia, USA. The seven were found guilty three days later on all counts: trespass, ‘depredation’ and destruction of government property, and conspiracy. See here for a court report.