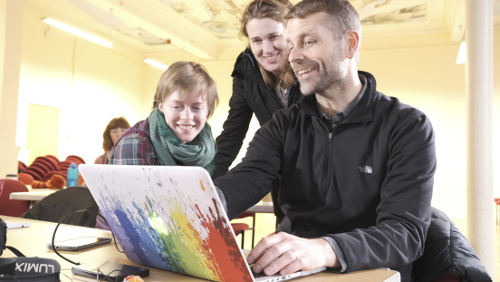 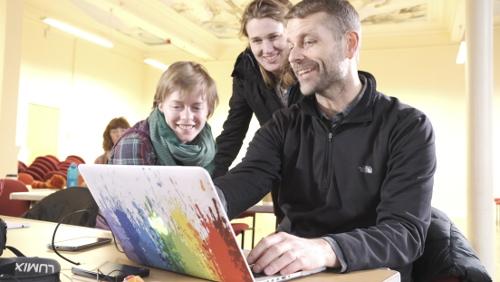 We ventured out into the city of Manchester with our cameras to get some footage which we would then edit into short films.

On 9 November, the Campaign for Nuclear Disarmament (CND) and Pugwash collaborated to bring a DIY video-making workshop to a group of social justice activists in Manchester.

The intention was to offer the tools to make short, dynamic videos on camera and smartphones that will benefit the peace movement.

"Put your camera at the eye level of the person you’re interviewing, so you’re equal”

CND and Pugwash recruited two professionals, Alex Mannion-Jones and Liam Acton who, between them, have skills in filmmaking and editing. The workshop was well delivered, with a good mix of theory and practice.

I attended as a community organiser in my city, eager to learn so that I can produce simple videos that tell powerful stories. I believe that video is a great medium for building community empowerment, and for giving a platform to voices and messages that may otherwise not be represented in the media.

Skill-sharing among community organisers is so key right now. It is important to share knowledge not only to enrich our own activism, but also to create ripples in our communities, which is at the heart of creating positive change. I have already started on my first video and look forward to sharing what I have learned with others.

Here are my Top 10 Tips from the workshop:

Remember to have spare batteries and spare memory cards and get to know your equipment’s limitations.
Remember, it is the story and the motivation for the video that is important, rather than fancy equipment. Anyone with a smartphone can make videos!

Both based in Manchester, Alex Mannion-Jones (filmmaker) and Liam Acton (editor) can be contacted via email: alexmannionjones[at]gmail.com and
himself[at]liamacton.com.