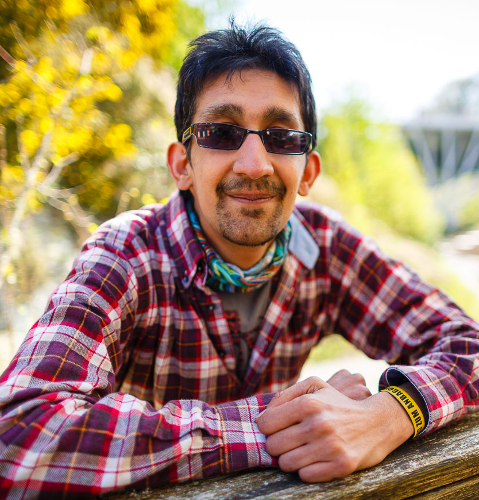 Peace News contacted folk around Britain to ask their opinions on the 12 December general election – people who’ve contributed to PN or helped organise Peace News Summer Camp. These are the eight campaigners who managed to meet our very tight deadline, giving their varied views on tactical voting, the Trident nuclear weapon system, climate, the arms trade and much else. (Unusually, we don’t have someone urging people not to vote, which has been a theme in past election cycles.) 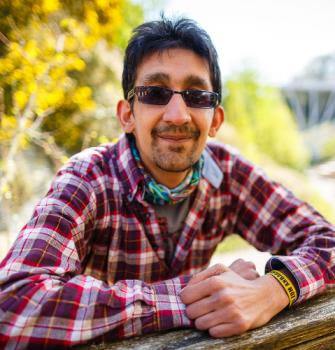 Politics is no longer about negotiation and compromise; instead we are subjected to a divisive brand that always seems to alienate some of the population in favour of others.

In addition, we have somehow ended with some of the most stubborn party leaders who don’t even try to endear themselves to the people that they do not represent.

All this has lead to an increased apathy the like of which I have never seen before. Most of my friends and colleagues have no desire to engage with the pre-election politics that is filling our airwaves.

Despite and because of all of this, I feel that we must all vote on 12 December.

We stand at a precipice and our decision could adversely affect those in our society that are already struggling with so much and as such for me there is no decision to make.

I’ll be voting for the party that wants to improve our public services, no matter what my personal feelings are of the personality that leads it.

Rakesh Prashara is an environmental and social justice organiser based in the North-East. 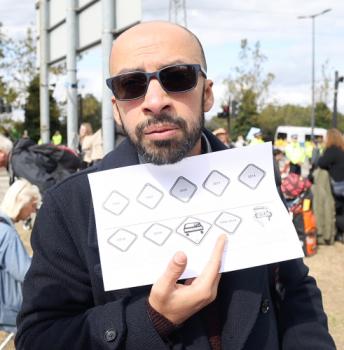 I urge all UK citizens to use their vote to take a stand against UK current foreign policy in Arabia. Your vote is your right and behind that right there is a responsibility.

I believe that many share my thoughts, especially those from my home country, who cannot express their opinions because of the fear of persecution.

I reject the UK-Saudi relationship which has been characterised by arms sales, and has fuelled the Saudi war on Yemen, now in its fifth year.

Your votes make a difference. Brothers and sisters of peace, I beg you to vote for peacemakers.

The next time you meet someone from Yemen or Arabia or Bahrain or other parts of the world, feel proud about who you voted for.

Your ballot can be a bullet somewhere else in the world. Please make sure you do your bit of strengthening peacemakers.

A lot of politicians and the media scapegoat and blame refugees, but they do not question a UK foreign policy that pours weapons into war zones and supports dictators like the house of Saud.

Ameen Nemer is a political activist from Arabia who refuses to be called a Saudi. *He writes: ‘The house of Saud has named Arabia after their name. As a result, people’s freedom has been confiscated. I belong to Arabia not to a family.’ @AmeenNeme 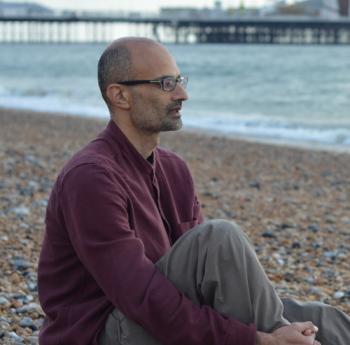 This election is unlike any other. The two ‘main’ parties stand to take the country in markedly contrasting directions. We have a real choice.

In this election we face both, a climate emergency, and the rare situation whereby the opposition genuinely stands for transformative environmental action.

Whatever the drip narrative of the mainstream media – which many have unknowingly adopted – the Labour party leader has a strong track record on social justice, genuinely cares, and has treated those who consistently ridicule him with utmost respect.

Jeremy Corbyn has done more than enough for those yearning for a just peace to give him their support.

Here are my felt priorities for this election:

We need to vote to remove the Tories from power. In general, this means voting for the local candidate who has the greatest chance of victory, and is not a Tory!

We need to ensure a Labour party majority.

Whoever we vote for, we need to value smaller parties. For example, Greens enabled a bigger vote share for Labour in 2017. We need their moral voice to remain part of this ecosystem, and in 2019 for the sake of people and the planet we need Labour to win.

I’ve started to knock on doors, and I will continue to do my own bit to ensure the greatest chance to remove the Tories and a Labour Party victory.

Muzammal Hussain is a therapist, facilitator and conscious change-maker who lives in Brighton. He also initiated Wisdom In Nature, a UK-based Islamic ecological training and activist group. 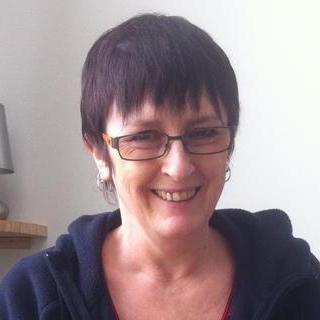 It’s been labelled ‘the Brexit Election’ and/or ‘the Climate Change Election’.

I think all the time spent messing around trying to achieve what the three recent prime ministers didn’t really want in the first place, could have been better spent working on lowering the country’s carbon footprint.

Meanwhile, it’s business as usual re austerity, under-funded schools and health service, lack of social housing and so on.

The country seems to be becoming more and more unpleasant with an increase in racism, homophobia, transphobia and misogyny.

The situation in Northern Ireland worries me very much too. How will Brexit affect comparative peace in NI?

And an election in December? Coincidentally (I am sure it’s not deliberately!) timed to happen just before the end of term for students. Some university staff have urged students to register to vote in their uni towns as well as their home constituency, but that’s earned some a considerable amount of abuse from people who think this means students can vote twice (they can’t).

Scotland is beginning to look more and more attractive, if/when independence is achieved. With climate change and all, it might even be warm enough for my tender southern bones. (NB not saying that’s a good thing).

Claire Poyner is the Network for Peace worker as well as PN admin worker. Discussion of Trident in this election can’t be reduced to the ‘will they/won’t they press the button?’ absurdity of the media.

Politicians who jump on that bandwagon – eager to annihilate millions in pursuit of votes – presumably don’t realise that the majority of the population want to scrap Trident, and that global abolition of nuclear weapons is overwhelmingly popular.

What’s more, as spending pledges pile up on all sides, what about the £205 billion cost of Trident replacement, already underway?

It’s within the capacity of any government to cancel this project and instead reallocate the money to the real needs of society: health, education, homes, not to mention addressing our key security challenge – dealing with the climate emergency and investing in a sustainable green industrial strategy.

CND’s election campaign is raising these questions with every candidate: if returned to parliament, will they work to cancel Trident replacement and back UK entry into the UN’s Treaty on the Prohibition of Nuclear Weapons, banning all nukes globally?

Candidates need to know that what they think – and do – on these key questions really matters to their electorate; that it can affect voter choices.

Help us make Trident a real factor in this election.

Kate Hudson is general secretary of the Campaign for Nuclear Disarmament.

I would like to see some joined-up thinking around issues of violence, war, poverty and oppression – both domestically and in foreign policy.

When we only see and talk about security in military terms, or in terms of wealth and status, we leave behind the majority of the world’s people and probably exacerbate their impoverishment.

We also do a great disservice to the electorate, failing to open up the possibilities and opportunities of understanding security in broader terms such as investing in nonviolent civilian peacemaking, skills-based education in conflict transformation, reviewing budget priorities towards resolving injustices and so on.

Next to this, we also need the very clear policies that will bring us closer to ending our involvement in the arms trade and our dependence on nuclear weapons.

I would also like to see politicians who see their role as being good human beings, serving the community and working for the common good. We have seen too many political figures who operate out of entitlement, seeking personal gain and power. Such approaches diminish what good politics could achieve, they feed the anger and apathy so present at this time.

Pat Gaffney is former director of Pax Christi, the catholic peace movement. She continues to work with the Catholic Nonviolence Initiative.

On Saturday, I heard teenager Grace Quinn of the Scottish Youth Climate Strike give the best exposition I have ever heard of the planetary crisis, of its urgency, and how all its elements are interlocked by feedback loops, triggering and amplification.

Grace is probably too young to be enfranchised but I can guess what she would say about the scummier reaches of tactical voting in the light of the clamant questions, for example voting for a party (whose leader is gleefully ready to inflict mass slaughter) in order to keep out some slightly nastier party.

Sometimes it will make sense to hold your nose and vote for the lesser of two evils but we should also bear in mind that there is more to an election than the vote, there is the opportunity to headline the vital questions and to push forward public understanding.

I think we should grasp that opportunity with both hands.

We have a red line notice on our front door asking that leaflets from candidates supporting nuclear weapons should not be delivered.

The choices here in Scotland are quite different from those in the rest of the UK, but the principle holds good.

David Mackenzie is a retired teacher and aspirant poet who does stuff in Scotland for nuclear disarmament and other peace matters. 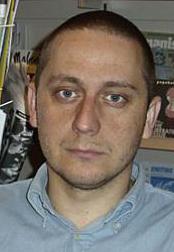 It is now 40 years since Margaret Thatcher became prime minister. Since then, the UK electorate has successively returned 50-years-worth of economically right-wing governments.

Boris Johnson is currently on the verge of winning this election and taking that relentless trajectory to the next level. His cabinet is the most ambitiously privatising, deregulating and reactionary of all those who have preceded him in the post-Thatcher era.

The prize of being able to shape Brexit in their image is within their grasp.

The more clearly progressive and socialist the platform Labour stand on, the more votes they will get.

Everything depends, as ever, on the grassroots. It is ordinary supporters en masse who have seized control of the party and got us this far, and only the grassroots can defeat the Tories.

Whatever the outcome of the election, that must be the lesson: meaningful social change can only come from below, and that includes the parliamentary process as much as it does community organising.