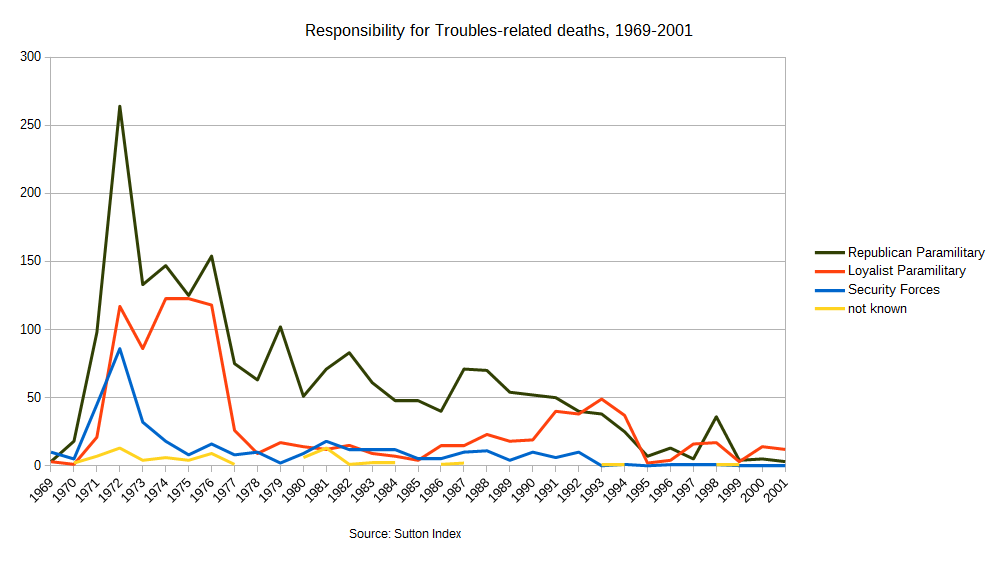 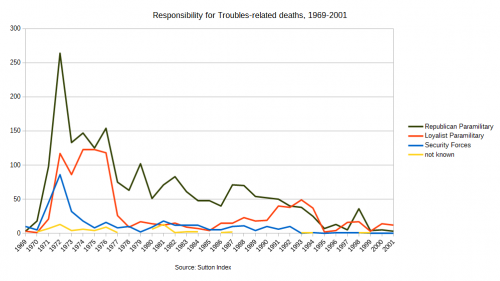 There was a trickle of dishonest and inadequate coverage in the newspapers this August as they marked the 50th anniversary of the beginning of what are called ‘the Troubles’. That was the long war in Northern Ireland mainly between the British state and the Provisional IRA (Irish Republican Army).

The British state was fighting to retain control and sovereignty over six counties of north-eastern Ireland, which were turned into a separate mini-state in 1921. The IRA were fighting for Irish independence, reuniting the Six Counties with the rest of Ireland.

Stories appeared in mid-August in the Guardian, the Telegraph and the Financial Times to mark the anniversary of British troops being sent onto the streets of Northern Ireland.

The FT had the least coverage of the anniversary, just one story in the Arts section on a new documentary chronicling the Troubles through film and cinema.

The Telegraph, as the self-proclaimed newspaper of the British army, linked the anniversary to current concerns: ‘The Troubles should be consigned to the past, not revived in court’.

“The first bombings of the Troubles were carried out not by the IRA, but by Protestant militants”

Philip Johnston mostly blurred the sequence of what happened in August 1969, and the burden of responsibility: ‘violence flared in Belfast with five people, including a child, shot dead in gun battles that raged across the city’.

In the Guardian, ‘Veterans to mark 50 years of troops in Ulster’ went further, placing blame for the start of the Troubles on the mainly-Catholic nationalist community: ‘Troops were first called out on August 14 1969 after rioting in Derry that began when nationalists threw stones at a Protestant Apprentice Boys’ parade two days earlier.’

Dan Sabbagh and Rory Carroll went on: ‘In a memoir published this week, the [nationalist] writer Malachi O’Doherty said Catholics started the riots that triggered a backlash from police and loyalists that in turn led to the start of Operation Banner’ – the name of the British army deployment to Northern Ireland.

There are a lot of things that one could say about this profoundly dishonest coverage.

When we gloss over exactly who did what in 1969 (or we cast blame on nationalists!), we leave the impression that it was the IRA and republicans who started the cycle of bombing and killing in the North, and that the authorities acted defensively. That’s far from the truth.

In fact, the first bombings of the Troubles (on 30 March, 21 April and 21 October 1969 – see box) were carried out not by the IRA, but by Protestant militants fighting to maintain the union with Britain (‘loyalists’). These bombers posed as the IRA to provoke more repression of Catholics/nationalists. (The Provisional IRA did not carry out its first bombing until July 1970.)

In fact, when we look at the list of ‘first’ violent incidents in the Troubles compiled by the CAIN project at Ulster University (widely respected as a neutral source of information), we find that many of the ‘firsts’ were committed by Protestant loyalists, sometimes in uniform as members of the security forces (see box).

The Northern Ireland police, the Protestant-dominated RUC, were responsible for the first civilian death, which happened in Dungiven on 14 July – Francis McCloskey (67), a Catholic, died as the result of a baton blow to the head.

The RUC were also responsible for the first person to die by live fire, John Gallagher, a Catholic civilian, who was shot dead in Armagh on 14 August by the much-feared and wholly-Protestant ‘B-Special’ police reserve.

Later on 14 August came perhaps the most tragic death of the period, that of nine-year-old Patrick Rooney, who was killed in his family home in the nationalist Divis Flats in Belfast.

The RUC had decided to respond to nationalist youths throwing stones earlier in the day by sending out three Shorland armoured cars mounted with Browning machine guns – weapons often used for colonial repression elsewhere in the British empire.

The police fired the Brownings indiscriminately in the Falls, a nationalist part of Belfast.

A bullet came through the wall of a back bedroom, where Patrick had been moved for safety, and hit him in the back of the head. His father and mother were both struck on the face by bullets as well.

The first serving British soldier to die in the Troubles also died in the Divis flats. Hugh McCabe (20) was home on leave, visiting his wife and two children in the Divis flats, when he was shot dead by the RUC on 15 August.

It is sheer propaganda to describe these events as ‘violence flared in Belfast with five people, including a child, shot dead in gun battles that raged across the city’.

When we look at a respected list of Troubles-related deaths, we find that the RUC were responsible for eight deaths in 1969. All were Catholic civilians apart from Hugh McCabe, the Catholic British army soldier.

Nationalists/republicans killed three people in street fighting in 1969 – three Protestant civilians. It’s not known if the republicans belonged to any particular group.

There were two deaths at the hands of (out-of-uniform) loyalists: Gerald Mcauley, a Catholic 15-year-old member of the IRA youth section; and a Protestant member of the RUC, Victor Arbuckle (29).

One loyalist, Thomas McDowell (45), accidentally blew himself up while trying to bomb a power station on 21 October.

This list does not explain why the Irish war started or clarify who bears responsibility.

We haven’t mentioned the background of vicious anti-Catholic discrimination in jobs, housing and elections that triggered the civil rights movement, or the brutal repression of nonviolent civil rights protests in 1968 and 1969 that formed the backdrop to the riots of August 1969.

The point of reiterating the facts about conflict deaths in the North of Ireland in 1969 is that they raise questions about the standard propaganda picture of the Troubles; they should be known to every British person; and they should certainly feature in any British newspaper article remembering 14 August 1969.

These are still live issues. To take only one example, the family of Patrick Rooney were told by the authorities in August that a decision would be made within a month on whether to prosecute a former RUC officer for the nine-year-old’s death.

No decision has been announced.

This list is taken from the respected CAIN (Conflict Archive on the INternet) website hosted by Ulster University.

30 March 1969 – First explosions
Explosion at an electricity substation near Belfast which was carried out by a Loyalist group possibly the Ulster Protestant Volunteers (UPV) or Ulster Volunteer Force (UVF). This incident was initially blamed on the Irish Republican Army (IRA).

21 April 1969 – First explosions
Explosion at Silent Valley reservoir in County Down which was carried out by a Loyalist group possibly the Ulster Protestant Volunteers (UPV) or Ulster Volunteer Force (UVF). This incident was initially blamed on the Irish Republican Army (IRA).

Sunday 14 July 1968 – First Catholic civilian killed
Francis McCloskey (aged 67) died one day after being hit on the head with a baton by a member of the Royal Ulster Constabulary (RUC) during street disturbances in Dungiven, County Derry.

John Gallagher, a Catholic civilian, was shot dead by the Ulster Special Constabulary (‘B-Specials’) during street disturbances on the Cathedral Road in Armagh. John Gallagher is recorded, by the Royal Ulster Constabulary (RUC), as the first ‘official’ victim of ‘the Troubles’.

Thursday 21 October 1969 – First explosions
Thomas McDowell, member of the Ulster Protestant Volunteers (UPV) (or the Ulster Volunteer Force, UVF), died when a bomb he was handling exploded prematurely at a power station near Ballyshannon in County Donegal.

All text is from a CAIN list (with items re-arranged into chronological order). CAIN is a neutral source on the conflict in Northern Ireland:
www.tinyurl.com/peacenews3372

Milan Rai is the author of Chomsky’s Politics (Verso, 1995)