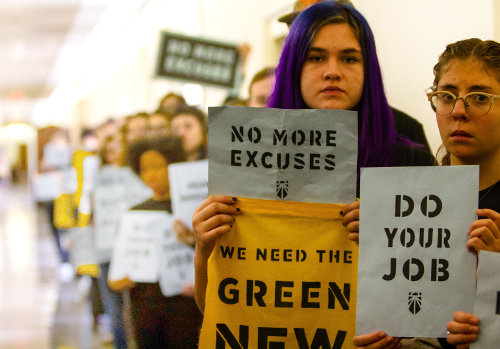 Yes, this is a climate election – there are real choices in front of us 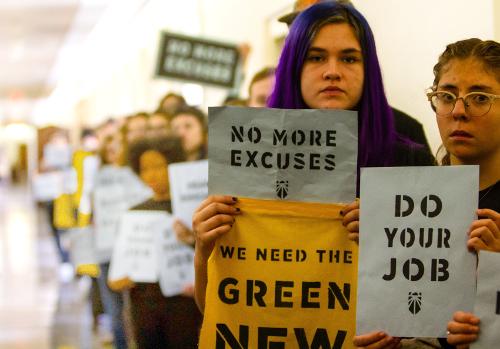 The US climate campaigner Bill McKibben wrote recently about the climate crisis in the Guardian: ‘If we don’t solve it soon, we will never solve it, because we will pass a series of irrevocable tipping points – and we’re clearly now approaching those deadlines.’

Here in the UK, the issue of global heating has, finally, become a major priority for many political parties, in large part because of the nonviolent disruption caused by the school strikers and Extinction Rebellion.

This general election was called because of Brexit, but it gives British voters the chance to make a difference on a much more important issue: climate change.

We expect the Green party to have ambitious plans for dealing with climate change, and they do, with over a quarter of the Green party of England and Wales manifesto dedicated to plans for a ‘Green New Deal’, transforming energy, housing, transport, land use and industry.

What’s perhaps more surprising is that the Labour party has also put a long, detailed section on the ‘Green Industrial Revolution’ at the beginning of their manifesto.

Labour also has bold climate policies on energy, industry, housing and transport, including a version of the Campaign for Climate Change’s ‘One Million Climate Jobs’ plan.

There are differences between Labour and the Greens on their targets for the UK becoming net zero in terms of carbon emissions (Labour says ‘by the 2030s’; the Greens say ‘by 2030’), but what matters more is the concrete projects they have announced for transforming the economy.

There is quite a lot of agreement. For example, both Labour and the Greens want to provide high-quality insulation to almost all homes in the UK and to create 100,000 energy-efficient council homes every year. (Labour want to build 100,000 new ones; the Greens say it is okay if some are empty homes being renovated.)

Both the Greens and Labour want to invest massively in renewable energy. One big difference is that, for Labour, ‘low-carbon’ energy includes nuclear power. The Greens have ruled out new nuclear power.

Plaid and the Lib Dems

The Welsh nationalist party, Plaid Cymru, also lead their manifesto with the climate: a ‘Welsh Green Jobs Revolution’ to ‘ensure that Wales makes the transition to becoming 100% self-sufficient in renewable energy by 2030’.

The climate plans in the Lib Dem manifesto are much less impressive and do not deserve the name ‘Green New Deal’. However, they do mention one important element that seems to be missing from the other manifestos: the local council level.

No doubt inspired by Friends of the Earth’s ‘Local Climate Action Plan’, the Lib Dems promise to ‘[c]reate a statutory duty on all local authorities to produce a Zero Carbon Strategy, including plans for local energy, transport and land use, and [to] devolve powers and funding to enable every council to implement it.’

(Labour seem to have a regional quango approach instead, with Local Transformation Funds for infrastructure projects and Regional Energy Agencies for decarbonising electricity and heat.)

The planet desperately needs a Green New Deal and a Just Transition to a zero-carbon economy. In this election, you have a choice, you can vote Green, Labour or Plaid for a Green New Deal.

The SNP had not published their manifesto at the time of going to press. The Conservatives did not propose anything like a Green New Deal.