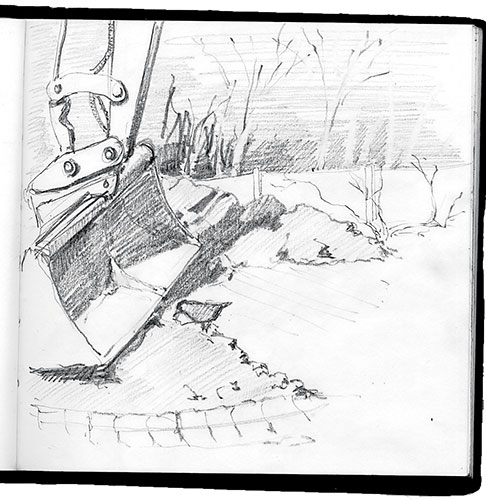 No 3 in our series about tackling SeaChange, a destructive quango in East Sussex

‘You idiot. You naive, foolish, irresponsible nincompoop. There is really no description of stupidity, no matter how vivid, that is adequate. I quake at the imbecility of it.’

These are the words Tony Blair – not known for self-flagellation – uses in his memoir, A Journey, to describe his decision in 2005 to finally allow the Freedom of Information (FoI) Act to come into force.

When Blair was leader of the opposition, he pledged that if Labour came to power, he would introduce legislation to allow the public to be able to access information about the workings of government. After becoming prime minister, Blair passed the FoI Act (2000), which imposed a duty on public authorities to respond to requests for information.

By 2010, however, when A Journey was published, Blair had done a 180. The reason? He claimed that the law was used not by the people but by – shock, horror – journalists. Just imagine, journalists wanting to find stuff out!

Like most people who campaigned against the 2003 Iraq war, I have absolutely no time for Tony Blair. However, the FoI Act has proven to be an absolute godsend.

It has been crucial for my research into SeaChange, the private company which has received millions of pounds of public money to ‘regenerate’ Hastings in East Sussex, including building the much-hated Bexhill-Hastings Link Road (see PN 2658).

In theory, the FoI Act works like this. You request information held by a public authority. (For instance, you might ask your local police force for their clear-up rate for a particular crime). If they hold the information, if it’s not sensitive, and if it will not cost the organisation more than £450 to retrieve it for you, they should send it to you within 20 working days.

You just have to let the organisation know that you are making a request under the FoI Act and they have to respond.

For campaigners, the FoI Act has been phenomenally useful, opening up all sorts of previously forbidden areas to public scrutiny.

No wonder Blair rued the day.

Over the past 10 years, I have made dozens of FoI requests relating to various ‘regeneration’ projects in Hastings. I’ve made requests to local councils, government departments, and Natural England.

One organisation I haven’t made any requests to, however, is SeaChange. As a private company (albeit one funded entirely by public money), it’s not required to answer FoI requests.

However, there is a way of getting some information about what’s going on with SeaChange.

While SeaChange can ignore requests for information, SELEP, as a public body, cannot. It has released information to me about funding, missed deadlines, loan applications and all sorts of other things pertaining to SeaChange.

For instance, I was struggling to discover the actual cost of one of SeaChange’s new road projects, which I suspected was much higher than SeaChange’s original estimate of £5m.

It turned out I was right.

I discovered from SELEP that the road actually cost £16m – a fact which SeaChange was not keen to publicise.

It is still, in my view, completely unacceptable that SeaChange was set up as a private company, even though every last penny it uses to build its swanky projects comes from the public purse.

There is no transparency and no accountability.

The chief executive, John Shaw, has been asked by Hastings borough council more than once to come to a council meeting and answer questions about some of his dubious projects.

He has simply refused to come, on some pathetic pretext, and the council appears to have no power to order him to appear.

At the very least, the FoI Act enables campaigners to wheedle out information that public bodies – and private ones too, sometimes – would prefer to stay hidden. It’s a great resource.

I continue to be amazed that the Tories have not repealed the legislation.

I would encourage everyone to use the Act to find out what’s going on behind closed doors.