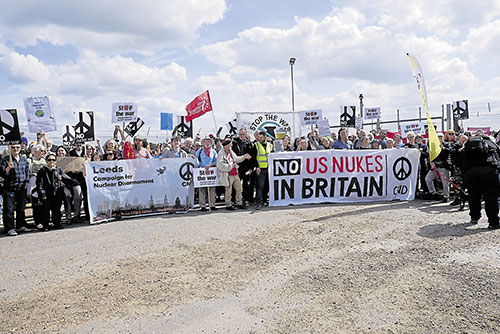 Lakenheath wasn’t specifically mentioned in the Pentagon ‘military construction program’ budget for fiscal year 2023, but Kristensen identified it as the most likely site for an upgrade.

That’s because 110 US B61 ‘gravity’ nuclear bombs were stored there until 2008. They were carried by F-15 jets based at Lakenheath. (Gravity bombs just fall – they’re not missiles.)

There is a possibility that the bombs may have already been installed at Lakenheath.