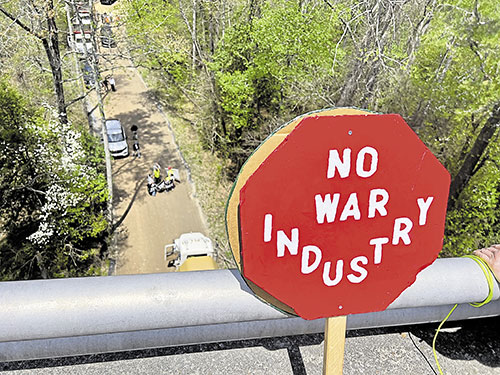 On 22 April, Earth Day, a local anti-militarist action group in North Carolina, USA, held a two-hour blockade of the construction site for a 1.2mn square foot jet engine manufacturing plant belonging to Pratt & Whitney (wholly owned by Raytheon Technologies, the second largest war corporation in the world). The ‘Reject Raytheon Asheville’ protest, called ‘Windmills Not War Machines’, was one of over 30 events in a week of mobilisation around the US sponsored by the War Industry Resisters Network. The full story is told on the PN blog.