Laura Bates﻿, Men Who Hate Women: From incels to pickup artists, the truth about extreme misogyny and how it affects us all 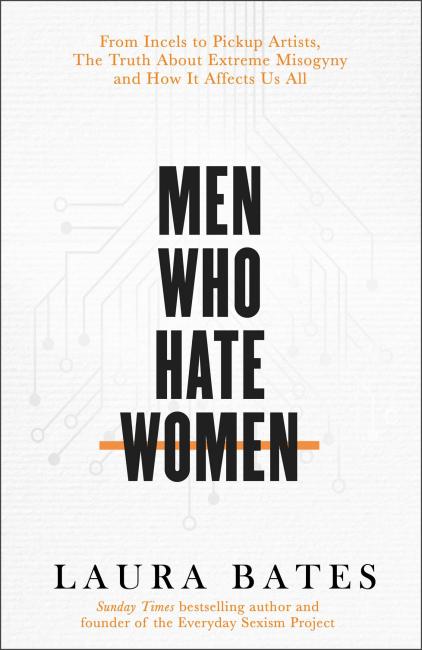 I wanted to read this book after reading the chapter that appeared in the Guardian: ‘Men Who Avoid Women’.

It explained that there is now a whole cult (‘Men Going Their Own Way’ or MGTOW) centred around avoiding women, to a greater or lesser extent.

Some just avoid any close contact (think US vice-president Mike Pence, who says he will never eat a meal alone with a woman who is not his wife). Others prefer to go further and go completely ‘off grid’.

Well, I thought, perhaps that’s just as well. Who would want to have lunch with Mike Pence anyway?

If these men hate or fear women so much then they might as well avoid being in contact with them if they can – as long as they’re polite and not abusive if they accidentally come across one.

Of course, this is only one chapter in the book.

There are also: ‘Men Who Hate Women’ , such as the incels (involuntary celibate – because selfish women refuse to have sex with them); ‘Men Who Blame Women’ (the so-called men’s rights activists or MRAs); ‘Men Who Prey on Women’, such as the so-called pickup artists (PUAs); and ‘Men Who Hound Women’ with online threats and abuse.

Much of this activity takes place in the misogynistic online communities that have been dubbed the ‘manosphere’. But, lest we think it’s all about the internet, the chapter ‘Men Who Hurt Women’ focuses on the ‘offline’ variety. These are men who abuse, terrorise, stalk and murder women – including in mass killings, which to date have happened mostly in the US, given their lax gun laws, but also in the UK and a handful of other countries.

One of the things that many of these mass killings have in common is that the killers often leave behind misogynistic ‘manifestos’ and chilling internet histories. Some make your blood run cold. Others are just confusing: women and girls are all ‘a type of slut’ but they are also ‘fussy with men nowadays’.

It’s interesting to compare these crimes with those routinely labelled as ‘acts of terrorism’, in which the perpetrators have also been radicalised online. Very few of the misogynist crimes are labelled as such even though they are clearly intended to strike terror into women and girls.

Men hurt women. That is an everyday fact. As Bates notes: ‘The manosphere is both a symptom of that inequality and a furious backlash against attempts to reduce it’.

Only slightly less worrisome are the other categories. The ‘Men Who Don’t Know They Hate Women’ are the men (and particularly boys) who have learned that jokes about rape are just fine, that women/girls are not to be trusted, that ‘they’ will scream ‘rape’ at the slightest contact, and that men are just as likely, or even more likely, to be victims of violence and rape.

A lot of these ideas seem to originate with YouTube, so it’s worth noting how YouTube works. The idea is to sell advertising, and to keep users watching as long as possible.

So, instead of seeking to serve people the most relevant content, the algorithm focuses on feeding viewers what keeps them watching for longer: extreme content.

But for some topics (such as feminism) this can quickly lead to far-right and extreme misogynistic content. And 70 percent of all YouTube videos watched are ones recommended by the platform’s algorithm.

Anecdotal evidence from teachers suggests that many school students who have come across MRA videos online started by watching silly videos. They haven’t gone looking for extreme misogyny, it’s just turned up in the video thread.

The ‘Men Who Are Afraid of Women’ are those who are certain that they are going to be a ‘victim’ of a false accusation of some sort.
Yet a New York Times analysis found that only around 200 prominent men in the US have lost jobs, roles or professional ties after public allegations of sexual harassment, following #MeToo-era revelations.

Compare this with the millions of Tweets sent using the #MeToo hashtag, documenting examples of sexual harassment and worse.
Bates ends with a chapter called ‘Men Who Hate Men Who Hate Women’, which looks at some of the campaigns and educational programmes working to help young boys out of the ‘manosphere quagmire’.

So, a sort-of positive finish. It was hard work though. I need a shower and possibly a pampering massage after reading this.