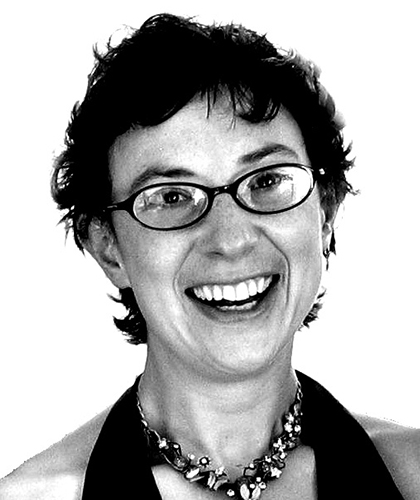 ‘I can’t speak openly’. This phrase has become a motif for me in the last fortnight. I’ve heard it from people involved in a messy social club conflict, from both sides in a housing co-op divided in two, and from people feeling bullied in their own co-op.

I’ve had it confided to me by friends and heard it in my own head.

It’s so frustrating, this (often justified) fear, which contributes to a vicious circle of lost trust, lack of communication, (sometimes wilful) miscommunication, fear, hurt and anger.

We need all the mutual trust and good working relationships we can get if we’re to overturn capitalism, patriarchy, white supremacy and all the other bad stuff.

Being unable to trust each other or act in solidarity with each other only benefits the rich and powerful.

It’s not news to say that we are more divided than ever.

This is true at the global and national levels and at the individual level.

I could pontificate about increasing anxiety around personal conflict, social media echo chambers amplifying simplistic statements, mobile phones changing how we communicate and with whom, the fact that we no longer need to meet any needs through family and neighbours.

Or perhaps point to COVID reducing casual social interaction with colleagues and acquaintances.

The point here is that we are less and less used to communicating with anyone except our friends who agree with us.

And we are so much more likely to get worked up about those very close to us. We get angrier with – and more fearful of – people in our own scene than we do with politicians and corporates.

We get more riled up and take more action about injustice in our own community than we do about war, destruction, exploitation and torture out in the wider world.

It reminds me of that scene in Father Ted, with Ted explaining ‘perspective’ to Dougal: ‘small’ versus ‘far away’. A reminder that something might just look big because we’re too close.

Is it the powerlessness we feel about the monsters running the system, which drives us to campaign against our own comrades?

Are we more concerned to protect our own reputations (and social safety) by calling people out and being clear whose side we’re on, than we are to do the messy and time-consuming work of mutual education and working through behaviour change from a position of love?

When Bush said: ‘You are either with us or against us’, we all face-palmed – but the phrase rattles through my head on a regular basis these days as I survey those parts of society nominally aiming for social change.

In a recent ‘Unlearning Racism’ session in our co-op, one person described the reactive emotion rising in our chests, the fight/flight/freeze/fawn response, as evolutionary – in other words, not a reaction you can avoid in response to a perceived threat.

And the problem with this reaction is it affects your ability to reason, to articulate, to appreciate nuance, to empathise.

We all agreed that this meant recognising its arrival and learning how to manage it. This is the value of role-play, of practising and developing more useful responsive behaviours that you can default to when you can’t think clearly – count to 10, take deep breaths, thank people for their feedback although you want to cry or defend yourself.

The more you expose yourself to risky situations, the more you learn to cope with the adrenalin and cortisol released when you perceive a threat.

And the more often you manage yourself successfully in these situations, the less risky they become – and we can start breaking out of that vicious circle and start communicating better.

Forgive the generalisations, but my fear is that we, as a society and as politically-engaged folks, are increasingly risk-averse. We’re more worried than ever about disagreeing or about challenging and being challenged.

We’re worried about maintaining safety and inclusivity and about getting things wrong – arguably at the expense of momentum and giving things a go to see if they work.

We’re quick to judge and scared of being judged. We find it hard to dislike a behaviour without disliking the person.

This is damaging on many levels – because it also applies to what we think of ourselves and it stops us taking action.

I’ve been reading Great Anarchists (by Ruth Kinna with Clifford Harper woodcuts) and am repeatedly re-inspired by the old-fashioned exhortations to heroism, fighting and solidarity.

In the absence of a solidaric society, we need these role models of courage to bolster our own inner strength – so we can risk being publicly compassionate, advocate for nuance and try to keep our fragmented communities united in the face of real monsters who would pick us off and co-opt us one by one.

Cath is a Leeds-based co-operator, following the Spycops inquiry in fascinated horror.