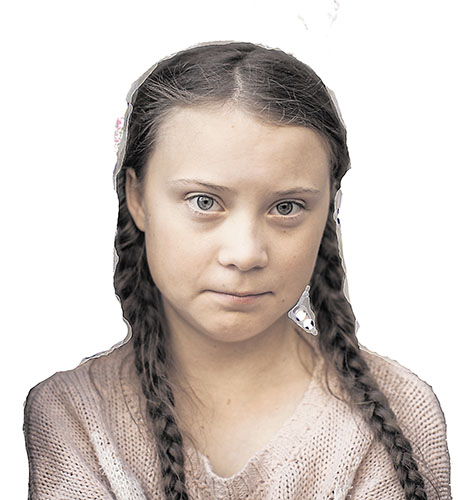 ‘Until you start focusing on what needs to be done rather than what is politically possible there is no hope. We cannot solve a crisis without treating it as a crisis. We need to keep the fossil fuels in the ground and we need to focus on equity. And if solutions within this system are so impossible to find then maybe we should change the system itself.’ — Greta Thunberg.

How long do we have and is it already too late? According to the best scientific understanding, it is likely that it is still physically possible to stabilise global temperatures below 1.5°C of heating. But that opportunity will be gone forever if we keep emitting at the rate we are for much longer.

So what needs to happen now?

To address the climate and ecological crisis we urgently need to see huge political shifts away from our fossil fuel-based economy. We need fundamental systems change in every industry and in every area of society that is fossil fuel-dependent.

We need to also address the emissions that come from changes in land use, reverse deforestation and transform agricultural practices so that we can feed the world without it costing the Earth. It is essential that we take the ecological crisis seriously too, by protecting vulnerable ecosystems and encouraging increases in biodiversity across all parts of the globe.

All of this would take unprecedented transformation of global economies, the likes of which we have never seen, and that go way beyond the ‘optimistic policies’ laid out by governments so far.

It will be hard, but it is possible. But it has to come from governmental and collective action; we cannot do this alone.

Reducing our individual carbon footprint – an average of six or so tonnes in the UK – is certainly important. Indeed, the 15.7 tonne carbon footprint of the average US citizen is over 250 times that of the average person in several African countries. However even this amount is still tiny compared to the 40bn tonnes of carbon dioxide emitted globally.

So, while there are certainly things we can do to help – such as l stopping flying, l switching to a plant-based diet, l buying organic fruit and vegetables (preferably grown locally or home-grown) and l using more public transport, along with l insulating our homes, l switching to a green energy provider, l choosing a bank that doesn’t invest in fossil fuels and l cutting down on the carbon emissions embedded in the products we buy (such as by buying clothes second-hand, or at the very least boycotting ‘fast fashion’ and choosing items that are ‘made to last’ instead) – there are real limits to what can be achieved by individuals simply changing our consumption habits.

The recent drop in emissions from the COVID-19 lockdown highlights the limits of what changes in our behaviour can achieve. At the peak of the epidemic, global emissions dropped by just 17 percent – and that was with a near-complete shutdown of all travel.

Even if we could reduce our personal emissions even further, the problem is that there are also huge amounts of emissions tied up in things we have no direct control over, such as large-scale infrastructure, investments and construction.

Indeed, it is estimated that about one-third of all emissions are due to decisions made by governments and investors, and not directly influenced by consumer choices.

Unless these are changed, no amount of reducing what we buy or how much we fly will come anywhere close to bringing emissions down to net zero.

The bottom line is, individual action alone is not going to get us out of this mess. What we need to see now is fundamental systems change, and that can only come from citizens and government working together to decide how to address the climate and ecological emergency.
Citizens Assemblies are a proven way to help build a democratic mandate for rapid action with support of the general public.

We certainly should make what personal behaviour changes we can, not least because they send a powerful signal to governments and businesses that we are willing to change, but rather than feeling guilty about our lifestyle we need to accept that we currently live in a fossil fuel-dependent system that forces us to behave in some ways that are destroying our planet.

Our unavoidable participation in this system becomes justified when it is coupled with our best efforts to bring about the transition to a truly sustainable society. So we now need to overcome our shame and our fears about our own contribution to our damaged system and focus our time, energy and efforts on driving collective change.

‘It’s not enough to simply pray for a better environment, you have to stand up and take action.’ Fazlun Khalid, founder of Islamic Foundation for Ecology and Environmental Science

The climate and ecological emergency may be the biggest challenge ever faced by humanity, but as former UN climate chief Christiana Figueres pointed out, ‘impossible isn’t a fact, it’s an attitude’.

So collectively we must now urgently put pressure on governments to work with the general public, media and all of society to ‘Tell the Truth’, ‘Act Now’, and go ‘Beyond Politics’ to fully address the climate and ecological emergency.

Indeed, if we are to have any hope of coping with this crisis, we have to move beyond the politics that have so far held us back, and into listening and dialogue and towards unity and action. This is what a Citizens’ Assembly is all about and why it is Extinction Rebellion’s Third Demand.

Governments are due to submit their next set of pledges at COP26 in Glasgow in 2021. We need to see a concerted effort from governments across the world to take us off our current path now. If governments don’t seriously improve their policies to reduce greenhouse gas emissions in time for COP26, they won’t be obliged to review them again for another five years (although they can always take stronger action if they choose to at any time).

By then, it will be far too late to prevent heating of more than 1.5°C. It is crucial that COP26 agrees to the outlawing of all new investments by banks, financial institutions and governments in new fossil fuel infrastructure and production.

So let’s put pressure on governments to make this happen. And fast.

As Christiana Figueres writes in her new book The Future We Choose: Surviving the Climate Crisis: ‘It’s time to participate in non-violent political movements wherever possible.’

Even scientists are now being forced to take bolder steps to try to ensure that their warnings are heard and are acted upon – after more than 40 years of being ignored or downplayed.

In November 2019, over 1,700 scientists from across the globe signed a declaration written by Scientists for Extinction Rebellion in support of mass civil disobedience against government inaction over the climate and ecological emergency.

The scientists who have been taking to the streets, dressed in their white lab coats, say they believe that the risk of ‘catastrophic and irreversible damage to our planet’ means they have ‘a moral duty to act now… to protect humanity’s only home.’

So come and join us. Whoever you are and whatever your background, let’s take to the streets and demand change.

Sign up to your local Extinction Rebellion group, or if you’re in an area without a local group, just set one up.

Creating a Facebook page or hosting a public meeting are good ways to start: the basic idea is to inform and inspire new people and then get them into groups to take on roles and jobs so the whole mobilisation can grow quickly.

There’s also a wide range of other forms of collective action that will contribute to finding a solution, such as working with political parties or local councils, art and culture, online activism, developing renewable energy, campaigning for changes in laws (such as making ‘ecocide’ law), education, research or house-to-house canvassing.

But whatever it is, please find a way to do something. As Coretta Scott King, US author, activist, and civil rights leader said: ‘It doesn’t matter how strong your opinions are. If you don’t use your power for positive change, you are, indeed, part of the problem.’

We must act. And we must act now. The future of our children, and our grandchildren, is at stake.

See you on the streets!

This is an extract from Emergency on Planet Earth, written by Dr Emily Grossman and fact-checked and endorsed by a wide range of experts in relevant fields. It can be downloaded from: www.scientistsforxr.earth