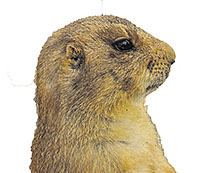 The government’s shameful response to the second COVID surge

The UK government’s response to the coronavirus pandemic has been a ‘national scandal’, as I wrote in PN six months ago. (See PN 2642 – 2643) Reaching its peak in terms of infections and deaths in March and April, the virus killed an estimated 65,400 people in the UK by mid-June, according to the Financial Times. At the time, this huge death toll was the highest in Europe, and the second-highest in the world after the United States.

Following the introduction of the national lockdown on 23 March, the prevalence of the virus reduced significantly in the UK over the summer. However, despite a warning from its own expert scientific advisory group for emergencies (SAGE) that coming out of lockdown too early could lead to 100,000 deaths by the end of the year (Sunday Times, 10 May), the government pursued a reckless strategy of opening up the economy from May onwards.

Shops were allowed to re-open on 15 June, international travel restrictions were relaxed on 6 July, and people were urged to return to work after 1 August. On 3 August, the government introduced its ‘Eat Out to Help Out’ scheme which encouraged people to eat in restaurants by providing money off their bills. Supported by the Labour party leadership, the government reopened schools and universities in September.

The predictable outcome of all these measures has been a huge surge in the virus, with Imperial College London estimating 96,000 new cases every day in England alone by the end of October (BBC News, 29 October).

On 2 September, the government’s scientific pandemic influenza group on modelling reported that people returning to the UK from abroad were spreading the virus – because of poor compliance with quarantine and the lack of testing at airports (Guardian, 18 September). On 22 September, the government U-turned on its earlier advice and began asking people to work from home if they could (Guardian, 22 September). A University of Warwick study found that the Eat Out to Help Out scheme had caused a ‘significant’ rise in new infections (Sky News, 30 October).

Despite the World Health Organisation warning that an effective contact-tracing system needed to be in place before lockdown was lifted (Guardian, 14 June), the UK’s privately-run test-and-trace system has lurched from one crisis to the next.

On 14 September, LBC radio requested a test in all of the top 10 virus hotspots in England. They discovered that no walk-in, drive-through or home tests were available.

In the week ending 7 October, the test-and-trace system recorded its worst-ever week for contact-tracing, reaching only 62.6 percent of close contacts of people who had tested positive in England (Independent, 15 October).

“The UK death toll estimated to be 72,300 as of 10 November, – more than the number of UK civilians who died in the Second World War.”

Moreover, documents released by SAGE in August noted that less than 20 percent of people in England fully self-isolate when asked to do so (Guardian, 11 September). This was even though SAGE have said 80 percent of the contacts of all symptomatic cases must be found and isolated to stop the virus spreading (Independent SAGE, 11 June).

Unsurprisingly, on 21 September, SAGE concluded the test-and-trace system was still only ‘having a marginal impact on transmission’.

Too little, too late – again

In August, experts began warning of the dangers of the surging virus, with a government report suggesting a ‘reasonable worst case scenario’ of 85,000 deaths across the UK this winter due to COVID-19 (BBC News, 29 August).

On 21 September, SAGE warned the government that the country faced a ‘very large epidemic with catastrophic consequences’, and recommended immediately introducing a national two-week ‘circuit-breaker’ lockdown to reduce the spread of coronavirus (Guardian, 13 October).

The government ignored this advice, instead introducing an ineffective 10pm curfew for pubs and restaurants, followed by a three-tiered system of restrictions in England on 12 October.

At the press conference announcing the new three-tier system, England’s chief medical officer, professor Chris Whitty, said: ‘I am not confident – and nor is anybody confident – that the Tier 3 proposals for the highest rates... would be enough to get on top of [the virus]’ (Sky News, 12 October).

Whitty was proven right. On 31 October – five and a half weeks after SAGE’s 21 September recommendation – the prime minister finally announced a national four-week lockdown for England, starting on 6 November. Primary and secondary schools and universities were to remain open.

Noting that there is ‘substantial transmission’ in secondary schools, professor Andrew Hayward, an epidemiologist at University College London and a member of SAGE, said that not closing them would likely mean ‘we may need to be in lockdown for longer than we might otherwise have to be’.

Hayward also explained that, if the government had instituted a two-week circuit-breaker lockdown when advised to by SAGE on 21 September, ‘we would definitely have saved thousands of lives and we would clearly have inflicted substantially less damage on our economy than the proposed four-week lockdown will do’ (BBC Radio 4 Today programme, 2 November).

As with the first wave, the government’s response to the recent surge has often been evidence-light, contradictory and, importantly for activists, vulnerable to external pressure.

For example, the government has twice been forced to change its policy on free school meals vouchers – which are given to around 1.3 million children in England. The Johnson administration had said these vouchers would stop during the summer holidays, but were driven into a U-turn in June. They then said that the vouchers would not be distributed over the Christmas holidays, but had to retreat on 8 November. Both times, the government were forced to climb down because of campaigns led by professional footballer Marcus Rashford, who received free school meals during his childhood.

The introduction of the second lockdown itself was another huge U-turn.

“A campaign to transfer the privatised track-and-trace system into public hands would be hugely popular.”

When Johnson announced the restrictions, he claimed ‘no responsible prime minister’ could ignore new data which showed ‘the virus is spreading even faster than the reasonable worst-case scenario of our scientific advisers’.

However, the Observer (31 October) reported ‘private anger among the government’s scientific advisers, who say that concerns about exceeding the reasonable worst-case scenarios had been known about for weeks’.

It seems likely, then, the government’s hand was forced by the reality of the surging virus combined with pressure from SAGE and the Labour party, public support for stronger measures (YouGov, 22 September), and the response of other nations (Ireland announced a second lockdown on 19 October, with France and Germany following on 28 October).

There are a couple of potentially game-changing issues that grassroots activists could rally around.

First, a campaign to transfer the crisis-ridden privatised track-and-trace system into public hands would be hugely popular with the public (Survation/HuffPost UK, 21 September) and unite trade unions, the Labour party, the Green party and groups like Keep Our NHS Public.

Second, activists could support the Socialist Campaign Group of 34 Labour MPs and the People’s Assembly who, along with the Independent SAGE expert group (7 July) and professor Devi Sridhar, chair of Global Public Health at the University of Edinburgh (Guardian, 22 June), are pushing the government to adopt a ‘Zero COVID’ strategy – in other words, the elimination of the virus from the UK.

With the UK death toll cautiously estimated to be 72,300 as of 10 November, according to the economics editor at the Financial Times – more than the number of UK civilians who died in the Second World War (House of Commons Library, 10 July 2012) – the extent to which progressive activists are able to challenge and help shift the government’s dangerous response to the pandemic continues to be of the utmost importance.

Ian Sinclair and Rupert Read have compiled – and are regularly updating – a detailed timeline of the government’s response to coronavirus:
www.tinyurl.com/peacenews3511