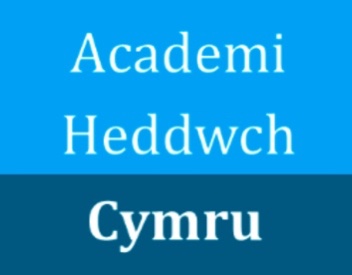 On International Peace Day, 21 September, Wales joined the world in having its own research and information body dedicated to peace. Academi Heddwch Cymru was officially established after 10 years of campaigning.

The idea was first proposed following UK government plans to privatise and merge all military training at a massive military academy in Sain Tathan in the Vale of Glamorgan.

This would have been the focus of all UK war preparations, but also available to other countries prepared to pay for training.

Seen as a crucial financial investment, promising thousands of new jobs, the proposal was welcomed by the Welsh government.

Contrary to our long peace tradition, Wales was set to become the focus of global war preparations.

Concerns about the academy were brushed aside, including the fact that most of the jobs would have been relocated from other parts of the UK. Opposing voices were attacked in the media. I was even called ‘dangerous’!

Nelly Maes, a Flemish former European Parliament colleague, suggested establishing a Peace Institute to advise and inform government decisions. The Flemish institute is funded by the Flemish parliament, which has a duty to consult and consider its advice, ensuring that all aspects of any proposal are considered in terms of its wider impact.

The idea quickly gathered support. A 2010 petition to the national assembly was supported in principle by the assembly, although at the height of austerity policies no funding was available.

Since then, our dedicated steering group has explored options for setting up a body unique to Wales and respected by the Welsh government and others.

We have an active peace movement in Wales, campaigning on many issues. Academi Heddwch is something quite different. Peace is not just the absence of war. It is about nonviolence, sustainability, equality and justice.

Academi Heddwch will bring academics and experts together, working with our universities, Coleg Cymraeg Cenedlaethol, Welsh Centre for International Affairs, the Learned Society and the peace movement. We also have the support of the office of the Future Generations commissioner.

An academy which researches the effects of government decisions and the possibilities for government action, including in education, will be of huge benefit to guiding Wales in building a sustainable and peaceful society in its broadest sense. We plan to organise conferences and seminars as well as publishing reports. One of the Academi’s first practical projects is leading the work to commemorate the women’s peace petition to the US in 1924.

2020 has been a year of crisis and anxiety. The establishment of Academi Heddwch has been one bright light in the darkness: a light that will help guide our path to a different and better future.