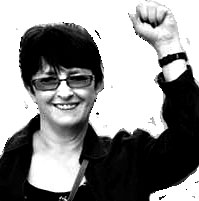 Our columnist takes on the 'why should I pay'-ers

‘Parents are responsible for feeding their kids, not the government.’ ‘If they can’t afford to feed the kids they shouldn’t have them.’ ‘Trouble is, some parents prefer to buy fags and 50” TVs instead of feeding the children.’

All these comments I have read recently. The poorest children in society today have long been given free school meals during term time (including my own child for a couple of years) and the suggestion that they should also be fed outside of term time seems a step too far for some people.

I have occasionally responded to these comments, I can’t help myself. I know, ‘don’t feed the trolls’, but sometimes I think someone might, just might, be convinced by my argument.

It might well be foolhardy to start a family knowing you have very little money coming in. People are often optimistic though, and think ‘something will turn up’. By far the majority of people claiming benefit do so for a short period of time.

Raising a child on benefit is hard, I have been there myself, and most people doing so will try their hardest to improve their situation. I took a computer course and did voluntary work which eventually got me paid employment.

But what of those who were in work, and have lost their jobs? Those parents who bought that 50” TV when they were working, should have been clairvoyant, and known that they would lose much of their income due to this pandemic and, instead of buying that TV, put the money aside for a rainy day. But maybe they have also put money aside and have now emptied the savings account? What then?

Remember, the newer universal credit takes five weeks (at least) from applying to receiving a penny. Good job everyone can manage for five weeks without food, isn’t it?

Of course, no one has any evidence of how many parents have bought 50” TVs while on benefits, or what proportion of parents had such a possession before losing their jobs.

It seems unlikely to me (and remember, I have been there) that anyone could afford to buy anything other than the very cheapest second-hand TV while on benefits. It seems very unlikely that any parents, other than the most chaotic, possibly with substance abuse or mental health issues, would prefer to buy an expensive TV rather than feed their children.

Devil’s advocate time: a family member knows someone who knows a young man who has a pregnant girlfriend, and who has simultaneously got another girl pregnant, and he already has two children with one of these hapless young women. And of course he doesn’t have a job, and seems unlikely, in the current climate, to be able to get one.

“Raising a child on benefit is hard, I have been there myself, and most people doing so will try their hardest to improve their situation.”

That’s a great argument for not feeding young children during half-term, I don’t think!

And even if you do know of someone in your neighbourhood who appears to live on benefits while having 15 children and the aforementioned 50” TV, do you really know their whole story?

The childminder (and her husband) who looked after my daughter when I went back to work had three children of her own, and a foster child, and she minded several children daily.

Neither of the couple ‘worked’ outside the home. Who knows what some of the neighbours thought of them?

Actually, given that there really are not enough jobs to go round at the moment, and it looks increasingly likely there’ll be even fewer in the future, with robots stealing our jobs and all, maybe it’s time to consider a different way of organising our economy? Maybe pay people to not work?

They could, if they wished, do other things such as studying, starting up a musical career, paint their masterpiece, write a Booker-winning novel, do some sport, volunteer, join Peace News Trustees (see ad on opposite page). But people will still need a steady reliable income. Call it a Citizen’s Income if you like.

For all those who think, ‘why should I pay for XYZ when I don’t use those services’, consider this. I will never use any nuclear weapons but I still have to pay for them.