Right now, we need to learn how to do the unusual 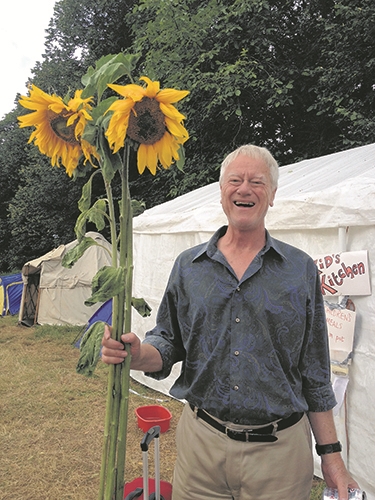 The power of activist training in times of rapid change

One of the gifts of the Black Lives Matter movement is that it doesn’t pretend that a quick fix will solve the problem. The many signs of change – from NASCAR [the US car racing organisation] giving up the Confederate flag to the majority of Minneapolis city council members resolving to dismantle their police department – are welcome, but not nearly enough.

Decades of failed reforms plus research into racism have come to the same conclusion: only radical change will deliver what we need.

The present whirlwind moment will subside. What then? How do successful movements dig in for a next stage of growth?

The young people who organised the Sunrise Movement built into its DNA a large commitment to training. No use taking on the climate crisis, they figured, if people are simply going to do ‘the usual’. As Christopher Fry put it in a play of his, ‘Affairs are now soul-sized.’ For many of us, that means learning how to do the unusual.

If we were fighting an armed struggle, we’d likely want combat training. If we were solarising a city, we might want technical training. And if we were going to turn around a political-economic structure that’s killing our chances for a just future, we’d want social movement training.

While elections can, on a good day, make reforms, only social movements can deliver radical change.

Mainstream institutions in society back small reforms at most, so they teach the strategy and skills of electioneering. Movements are left to themselves to teach the skills that make for big change, and that’s where training comes in.

“What I call the secret life of the group can be decisive in how much individuals do or don’t learn.”

My first encounter with movement training was scary.

I was a student volunteer in 1958 and one of my mentors, Charlie Walker, told me the single best training method he knew was standing on the street corner on a box speaking to whoever walked by. He would hook me up with ‘the best street speaker in Philadelphia,’ he said, ‘a socialist named Carl Dahlgren.’

So despite my nervousness I got in touch with Carl Dahlgren and volunteered for his next evening venture. On the phone, I admitted my nervousness. He laughed.

‘Of course you’re nervous,’ he said. ‘I still am myself. Every time. It’s only stage fright. If actors let stage fright stop them, we’d never see any plays. See you Friday night.’

By Friday night I was more nervous than ever, but turned up to meet Carl and the others. I carried a wooden crate down the street, and took my turn speaking. When I got down I was flooded with relief... and immediately forgot what I said.

It would take several more times before I could relax enough to respond to hecklers and hold my own. ‘Maybe,’ I thought, ‘I can become an activist after all.’

A few years later, we were being called to combat – nonviolent style – in the civil rights movement. Members of the Student Nonviolent Coordinating Committee, or SNCC [pronounced ‘snick’ – ed], needed to mobilise their courage, for sure, but also polish their skills: how do you deal with the white supremacists who come at you with violence?

As shown in Danny Glover’s absorbing film, Freedom Song, SNCC and the others used the training technique of role-playing, which turned out to be hugely flexible in almost any situation.

In 1963, SNCC decided to take on the white supremacist group, the Ku Klux Klan, in Mississippi, where the Klan was strongest. The KKK was for many decades the most powerful terrorist movement in the US.

“The present whirlwind moment will subside. What then?”

The following year, SNCC escalated and, with allies, launched the 1964 Mississippi Freedom Summer. They attracted nearly 1,000 student volunteers from the North to spend the summer risking their lives by organising voter registration and Freedom Schools.

I joined the training staff, leading role-plays every day and watching the young volunteers grow in confidence and skill in nonviolent confrontation.

We also taught skills in de-escalating tense situations, a skill many more Americans will need to learn today if we want to deliver public safety without police.

The hundreds of young volunteers were organised into many training groups. Because I was assigned to different training teams each day I saw that some of our training groups seemed to go deeper than others in the debriefs, and I began to form a hypothesis: the dynamics within a learning group might have an impact on the learning the individuals do, and some trainers seemed to know more about group dynamics than others.

Most education and training formats bring individuals together for convenience, then ignore the power of the group. Traditional teachers and trainers see little besides the assortment of individuals in front of them.

Leaving the group out of the equation is a denial of human nature, indigenous cultures remind us. Humans are essentially social creatures, constantly influenced (mostly on subtle levels) by the dynamics of whatever group they are a part of.

The dynamics of a learning group might be neutral regarding the learning goals of the session, or positive, or negative. Under the surface there may be a power struggle going on between two would-be leaders, or a minority may quietly bail out because it sees no acknowledgement of its presence.

What I call the secret life of the group can be decisive in how much individuals do or don’t learn. A teacher or trainer may have brilliant slides to show and clever rhetoric and still have nothing but the most superficial impact to show for it.

For the next couple of decades, I researched tools and designs that could turn an array of individuals who show up for a workshop or class into a pro-learning group. I experimented both in movement workshops and in courses I taught at the University of Pennsylvania.

For many decades I’ve kept street speaking up my sleeve as a workshop activity for two reasons. First, it built my own courage as a newbie activist. Second, because it worked when I tried it in places as culturally different as black South Africa, Denmark, Thailand and New Zealand.

When I use it as a workshop exercise, however, I first make sure the group dynamics will support the individuals taking the risk. I also bring to a conscious level an observation that most people know already: that their biggest learnings happen when they are outside their comfort zones.

Afterwards, the debrief of a speak-out reveals relief, joy, excitement, group solidarity and surprise that ‘I could do it!’

Of course the key is risk. We can’t grow without going outside our comfort zones, which means tolerating the subjective experience of risk even if the activity is, objectively speaking, safe.

‘Courage’ is a muscle developed through a series of successfully-taken risks. Each success expands the courage muscle, and loosens the self-limiting beliefs we walk around with.

Trainers and teachers who want to maximise learning get the group’s support for individuals to take risks, expand and grow. Each time that happens the group itself becomes stronger and more able to support even more fully the individuals who risk.

The risk of imperialism

By the time black community leader Barbara Smith and I started Training for Change in 1991, we’d developed a good set of tools for working the group, but we were curious about whether they could cross cultural lines. Maybe they were limited – too ‘professional middle-class American.’

I was freer to travel than Barbara, so other training partners and I tested our tools in workshops on five continents and diverse cultures, for example Mohawks within Canada and Indigenous Taiwanese.

We found, not surprisingly, that some tools worked in diverse settings and some did not – so we dropped the latter. We also picked up new learning tools in other cultures.

Our training approach became controversial in Thailand, where activists have considerable pride that their country was never colonised by any of the Western empires that tried.

“I believe that they are completely consistent with what the Buddha himself would have wanted in support of our learning.”

They worried that the Thai Buddhist group that was annually importing our ‘American’ trainings was unwittingly engaged in cultural imperialism.

Before my next Thai workshop I was told by the sponsor that one of the participants would be a prestigious Thai Buddhist monk who’d been a Communist revolutionary in his university days. His intention would be to detect subtle western imperialist assumptions that might underlie the pedagogy we used.

Two-thirds of the way through our 10-day training the sponsor stopped the workshop and invited the distinguished monk to give us his opinion. The room went still, with all eyes on the older man in saffron robes.

He looked around, smiled and said: ‘I have paid close attention to these experiential activities we’ve been doing and the assumptions underlying them. On reflection, I believe that they are completely consistent with what the Buddha himself would have wanted in support of our learning.’

Our work reminded some people of the popular education of the Brazilian radical Paolo Freire, but our observations of popular education – at least as transplanted to the Global North – left out the conscious use of the group’s power to support individual learning. We needed a name other than ‘popular education’.

While we were looking for a name, I noticed that a variety of experienced trainers who tried our approach for their own content reported that the added group power enabled them to reach their goals more fully and more quickly than previously.

I wrote a book in 2008 to describe it: Facilitating Group Learning: Strategies for Success with Diverse Adult Learners. The book includes a lot of tools – with attribution if we picked them up elsewhere – and stories about their use.

While a new edition is set for release this autumn, the previous edition in 2010 was picked up by some high school teachers who found direct education worked very well for teenagers, too.

In recent years I’ve noticed that more teenagers were showing up in my book tour audiences than ever before, and they had great stories to tell about their activist adventures. They know, intuitively, what older people are discovering: in a time of rapid change, victory comes to the movements that have the strongest learning curve.

Training has become a priority for everyone.