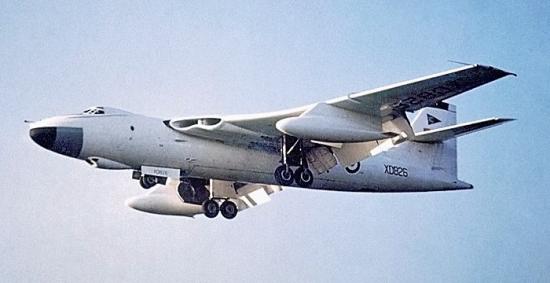 There is a powerful taboo in British culture around the connection between nuclear weapons and intervention in the Global South.

There is no official ban on discussing this link, but historians and journalists censor themselves, as predicted by the Chomsky–Herman Propaganda Model of the mass media and Western culture more generally.

I don’t think that the peace movement here has even begun to digest the fact that British nuclear weapons were, from the very beginning, deployed throughout the British empire.

The strategic nuclear force of the 1950s and 1960s, the ‘V-bombers’ (Valiant, Victor and Vulcan aircraft) made hundreds of flights in these years... across the empire. For example, in 1962, V-bombers, strategic nuclear bombers, attended independence ceremonies in Uganda and Jamaica.

It wasn’t just about making a threatening show of imperial power over the empire and over former colonies.

At this time, the RAF only had 110 Red Beard bombs in total (perhaps 35 were in the possession of the navy, many floating on the high seas on aircraft carriers).

Red Beard bombs were installed at RAF Tengah just before what is called ‘the Confrontation’ with Indonesia (which then, as now, was a non-nuclear weapon state).

During this three-year war, Victor strategic nuclear bombers were deployed to Tengah to carry out low-level bombing practice.

Air chief marshal sir David Lee wrote about the nuclear-capable Victors in his official history of the RAF in South-East Asia: ‘Their potential was well known to Indonesia and their presence did not go unnoticed.’

Lee went on: ‘the knowledge of RAF strength and competence created a wholesome respect among Indonesia’s leaders, and the deterrent effect of RAF air defence fighters, light bombers and V-bombers on detachment from Bomber Command was absolute.’ (emphases added)

On 13 November 1990, the senior Guardian journalist, Hugo Young, reported in the paper that he had heard a minister say that the war against Iraq might have to be ended with ‘tactical nukes’.

Then British defence secretary Geoff Hoon told the house of commons defence select committee on 20 March 2002, when war was looming with Iraq once again, that states like Iraq ‘can be absolutely confident that in the right conditions we would be willing to use our nuclear weapons.’

There were many other public signals to Iraq in the run-up to both wars that British nuclear weapons were a live option for policymakers.

What has all this to do with ‘decolonising history’?

From one angle, I think the demand to decolonise history is just a demand to tell the truth, to face up to the facts as far as they are known.

From a slightly different angle, it’s an invitation to explore how racism and the history of colonialism affect our understanding of the past and the present – parts of ‘the facts as far as they are known’ which are often neglected in mainstream discussions.

There’s an excellent introduction to ‘decolonising the curriculum’ on BBC Bitesize, using the words of a group of sixth formers in London who are campaigning to change the way British colonial history is taught on the national curriculum.

One says: ‘What we learn is the victor’s story... decolonising means identifying that we are learning a story.’

The most important meaning of ‘decolonising history’ for the British peace movement, I believe, is the shift to understanding that the Global South is not a sideshow in the story of the nuclear arms race, or of British militarism in general.

The Global South, especially that area formerly dominated by British imperialism, is central to the story of British militarism and of British nuclear weapons in particular.

Decolonising the disarmament movement means understanding – and having at the centre of our attention – how British nuclear weapons, and the British armed forces in general, have had as one of their main priorities attempting to control British colonial areas, parts of the Global South that Britain has wished to dominate.

Those are all necessary and valuable steps.

But until we overcome the key taboo masking the realities of the British ‘deterrent’, we will not have really decolonised our understanding of nuclear history, or our movement.