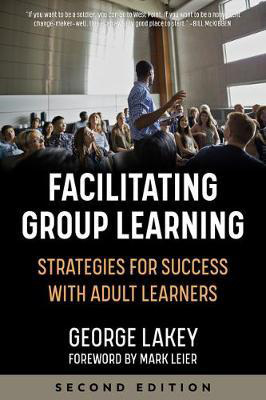 The United Mine Workers called all their field staff east of the Mississippi to West Virginia to help lead the part of the Pittston Coal Company campaign that took place in the coalfields in 1989–90. Although this was one battlefront among several, West Virginia would be the site of the mass participation by workers, their families and their communities.

I was learning their history as rapidly as I could and discovered that just after the First World War there had been an open war between the miners and the US army, with violence escalating to the point of bombing from the air.

Miners I met were proud of their history of standing up for themselves.

The union hired a motel to be the site of the training for the field staff and other leaders.

I knew the union was counting on my colleague Nancy Heskett and me to do a good job with these 50 people, because they would in turn work the 70-hour weeks persuading the rank and file that nonviolent strategy was worth an all-out commitment.

The hardest material in the workshop was the strategic concept that nonviolent struggle is political rather than a fight over turf [territory].

As it turned out, the role-playing was how they opened to the theory.

First we role-played sit-ins in the company offices. The ‘sit-inners’ were to be neighbours in coal-mining towns. Other miners played the roles of company office workers, police and media.

The sit-inners did a great job in their role except for one thing: when the police came to arrest them, they grabbed hold of desks and wrapped legs around chairs.

As the police tried to disentangle them and pull them away, the scene degenerated into confusion.

Obviously, in the minds of those role-playing sit-inners, this struggle was about turf!

In the debrief, Nancy and I asked every elicitive question we could think of that might assist the participants to discover how turf-bound they had become.

I resisted my urged to share my knowledge about strategic theory, a big urge for a published author.

Just as I was about to give up and give them a mini-lecture, one of the miners playing a TV journalist said: ‘You guys gotta know that, from me lookin’ through my TV camera, you didn’t look nonviolent at all.’

Howls of disagreement erupted. ‘You don’t know how much I wanted to slug a cop, buddy! I was definitely nonviolent.’

‘That’s the point,’ rejoined the ‘journalist’. ‘I didn’t know. All I could see through my pretend-camera was what looked like a fight. And that’s what people will see in their living rooms.’

From that point, the discussion turned to the importance of keeping the Pittston campaign focused on winning allies rather than holding turf.

I saw them sharing their insights with each other, but suspected the learning was still superficial.

‘Let’s go outside!’ my co-facilitator Nancy said. ‘It’s time to explore another situation.’

We went into the motel parking lot where we had prepared a couple of miners and a truck. ‘That truck will represent a Pittston truck sent to pick up some materials. Your job will be nonviolently to stop the truck from reaching its destination, which is over there.’

The truck proceeded toward us and, without discussion, the participants rushed to the front of the truck and leaned against it.

Picture over 40 former football players, still in shape, pushing against a pick-up truck.

Smiles appeared when they realised they were winning as the driver gunned the motor.

I heard someone count: ‘One, two, THREE!’ and the men grabbed the truck, picked it up briefly, and moved it a few inches.

Now they were grinning broadly.

‘One, two, three!’ Again, a few inches more. The men were actually turning the truck around!

I’ve never seen people more elated than those miners after they’d turned the truck around 180 degrees to send it back where it came from.

Slapping backs, laughing as the sweat poured off them, they headed back inside the motel for the debriefing.

I was exhilarated and also in a state of mild panic.

How do we extract from their ‘victory’ the strategic dysfunctionality of obsession with turf?

Of course, the first step had to be self-congratulations, and we had a prolonged and lusty cheering session. I was as thrilled as they were at this demonstration of coordinated teamwork, even though worried about what they would conclude from it.

We encouraged more reflection on what they did well, punctuated by jokes and sidecracks, knowing that what Arnold Mindell calls ‘the primary process’ needed to be honoured before anything else could happen.

Finally, one of those role-playing the media spoke up. ‘You guys, I know it was fun and all, but I gotta say you didn’t use what you learned from the office sit-in.’

This time, a bit of shock entered the silence, as though this miner was spoiling the party.

‘Be honest,’ the miner continued. ‘You know Pittston can get its damned truck in even if it takes the national guard to do it. We’re not going to win this campaign by stopping a truck here and there.’

‘He’s right,’ another miner said after more silence. ‘We gotta remember we’re in the spotlight. We have to play to an audience and win them to our side. What we did was fun [a chorus of laughs] but let’s think again how to stop trucks so people get what we’re about.’

That was when I knew we’d done our work, by setting up the role-play so there was a ‘media’ representative who could feed back to the group information about the message – important to any group that is trapped inside its own perspective.

The container was strong and the participants were taking responsibility for their learning.

The UMWA had a good chance of winning because, in consultant jargon, they’d become a learning organisation.

And they did go on to win.