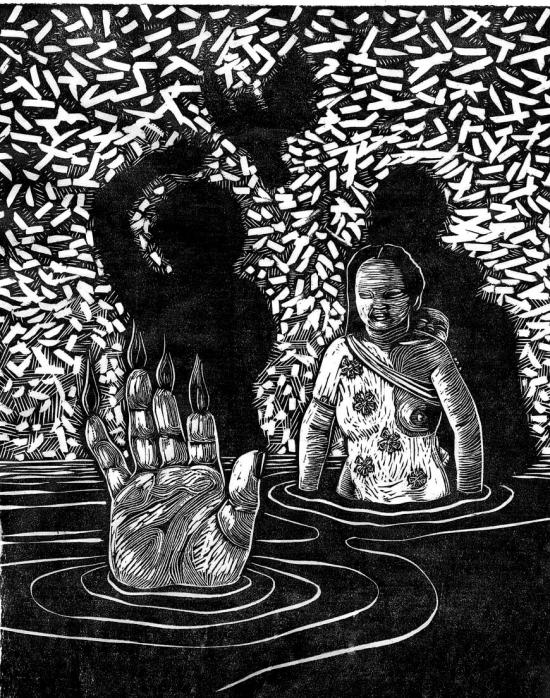 The Bomb was not ‘a last resort’ argues Milan Rai

Right-wing historian Max Hastings justified the atomic bombing of the Japanese cities of Hiroshima and Nagasaki in 2005, writing: ‘Truman’s Hiroshima judgment may seem wrong in the eyes of posterity, but it is easy to understand why it seemed right to most of his contemporaries.’

In the eyes of Truman’s best-informed contemporaries, there were at least two options that could and should have been tried before the Bomb – and they each had a good chance of ending the Pacific War without the need for a US land invasion.

Truman deliberately chose not to use either tactic until after he had dropped the atomic bomb.

To understand what US decision-makers knew and believed in July 1945, we can draw on US historian Gar Alperovitz’s The Decision to Use The Atomic Bomb (Fontana Press, 1995).

Russia ‘in the Jap War’

One possible move was a Russian declaration of war.

Russia had indicated in 1943 that it would join the war against Japan after Germany was defeated.

In 1944, British prime minister Winston Churchill told the US political leadership that when Russia entered the Pacific war, Japan ‘would undoubtedly think twice about continuing the fight’ [Gar Alperovitz, p89].

On 8 July, two months after the German surrender, the top-level US-UK combined intelligence committee stressed that: ‘An entry of the Soviet Union into the war would finally convince the Japanese of the inevitability of complete defeat’ [p227].

Why did Truman therefore decide to use the atomic bomb before 15 August? Alternatively, why did he not ask Stalin to declare war in July 1945? That might have ended the war by itself.

In April-July 1945, the US decoded secret messages indicating that Japanese political and military leaders were willing to surrender if the position of the emperor could be preserved [pp23–29].

Acting secretary of state Joseph C Grew told Truman on 28 May 1945 that ‘the greatest obstacle to unconditional surrender by the Japanese’ was their fear that this would lead to the end of the royal family.

Grew, the former US ambassador to Japan, said the Japanese needed to be given ‘a method of saving face without which surrender will be highly unlikely’ [p55].

During 1945, Truman was also urged to change the surrender terms to protect the Japanese emperor by:

The British and US joint chiefs of staff, at a combined meeting on 16 July, formally minuted [p245] that Churchill should ask Truman to exempt the emperor. This Churchill did on 18 July [p243].

Despite all this, on 24 July, Truman ordered that the Potsdam declaration should ask for Japan’s unconditional surrender – in the face of contrary advice from all his military and civilian advisers and officials apart from US secretary of state James Byrnes [p305].

It was only after the atomic bombs had been dropped that Truman changed his position.

On 15 August, after the atomic bombings, and after the Russian declaration of war, the emperor broadcast a surrender which, in his words, would ‘save and maintain the structure of the Imperial State.’

Emperor Michinomiya Hirohito, who presided over Japanese imperialism in the 1930s and ’40s, ruled until his death in 1989.

All page references are to Gar Alperovitz, The Decision to Use The Atomic Bomb (Fontana Press, 1995).