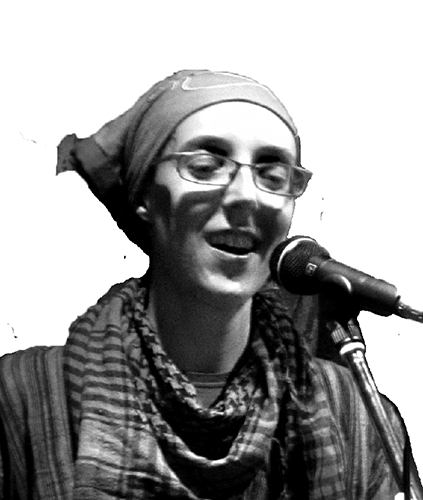 We have no place sharing songs from other cultures if we're not also actively seeking to work against racism, argues Penny Stone

In my singing and teaching community, there has been increased exploration of what cultural appropriation means in the current global context.

I’m delighted that so many of us are prioritising these conversations that have been ongoing for many years.

I have, of course, been reflecting on my own practice, my privileges and how I can use my voice to uplift and empower others most effectively. This is, as it should always be, an ongoing process.

A useful framing can be to consider the differences between cultural appropriation and cultural appreciation.

When we appropriate, we are in some sense ‘using’ cultural expressions (songs/clothing/visual traditions and so on) for our own gain without fully recognising the power imbalance that disproportionately enables our access to these cultures.

When we appreciate, we are actively seeking to learn about and understand other cultural expressions and respecting that sometimes this will mean, for example, listening to but not singing a song ourselves.

The layer that many of us are really trying to get to grips with just now is that those of us who are white live at the powerful end of a huge global power imbalance and this impacts how we globally interact.

In this context, I would argue that if we are not actively seeking to work against racism then we have no place sharing songs from other cultures.

How we each engage in our anti-racist work from where we stand will be different, of course.

Some of us will demonstrate, some will engage in direct action, and all of us will keep trying to have those small, close-in, difficult conversations with people in our own families and communities.

I was a child when many of my peers were active in the anti-apartheid movement, and luckily for me, through exposure to the Iona Community, I grew up on the same freedom songs they were singing.

“No one is free until we are all free”

Many of these songs passed through the global Christian community where many groups were focusing on social justice.

In the 1980s, this meant showing active solidarity to South African activists by supporting the boycott and other actions – and expressing our solidarity by sharing songs from the struggle to help carry the message.

These songs, like those from the US civil rights movement, are fabulous to sing because of their origins in many voices singing in harmony together. So we want to keep singing them.

But are we able to sing these same songs now, even though there is no active apartheid in South Africa to resist?

I think that if we are to remain true to the meaning of these songs, then we can sing them in solidarity with any number of anti-racist movements happening right now around the world.

To sing a song as ‘historical’ from any of these freedom struggles without highlighting contemporary injustices that we must actively oppose, I see as a form of cultural appropriation.

We are ‘taking’ the bit we want without acknowledging the pain and struggle that helped to form the beautiful bit.

And the pain of this struggle doesn’t end when one group of people become free. As Dr Martin Luther King Jr said so eloquently ‘no one is free until we are all free’.

When singing in Palestine, we translated some of the South African freedom songs into Arabic to share solidarity and hope with the Palestinians we walked beside.

It’s just not about the song and who is singing it but, often more importantly, the context in which we are singing the song.

When we are engaged in active solidarity, in whatever form that may take, we are standing shoulder the shoulder with each other.

The act of solidarity is an act between equals.

And to strive for this equality of solidarity, there are many and disparate barriers we need to dismantle across our own societies and the world.

And we simply can’t demolish these structures without acknowledging our own privileges within them.