Vickie Cooper and David Whyte (eds), The Violence of Austerity 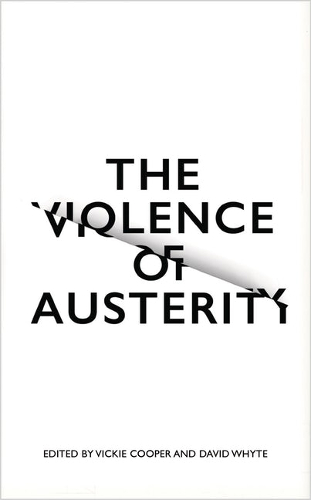 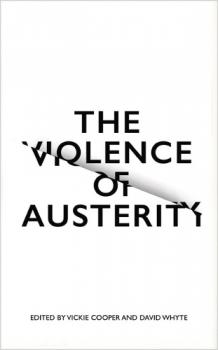 The term ‘austerity’ reminds me of comedian Stewart Lee’s quip that: ‘if political correctness has achieved anything, it’s forced the Conservatives to cloak their inherent racism in more creative language’.

This collection of essays brilliantly and engagingly covers everything from food and fuel poverty to welfare reforms and environmental degradation, reminding us that all spheres of life are affected by austerity measures.

Infant mortality rates have risen for the last four years in England, and we witness the elderly freezing in their homes and families having to decide between heating or eating. This is all taking place in the one of the world’s richest countries.

Austerity is defined by the book’s editors as ‘a bureaucratised form of violence that is implemented in routine and mundane ways’. These spending cuts (justified by the alleged need to reduce government budget deficits) were a form of deliberate cruelty, masked as an economic necessity.

The gear has now shifted: 2019 saw the Tory party ‘reversing’ its policy of austerity in order to lap up potential votes in the general election.

The robotic irrationality of abusive benefits sanctions and bedroom taxes was committed in order to appease a hoarder mentality of capitalism, becoming a ritualistic punishment of those perceived by some to be a drain on society’s wealth.

The ‘fiscal disciplining’ required ultimately made the general public pay the costs of wider economic ailments.

These measures have been achieved through three Tory deceptions: that austerity is necessary; that everyone in society is responsible for the nation’s economic problems (rather than, say, the global financial crisis); and, finally, that we all suffer equally because of it.

The violence is deliberate, and as with ‘Racism 2.0’ (in other words, the invisible, institutional prejudice as opposed to open abuse), austerity hurts the people ‘in the next building’. It allows the perpetrator to feel smug, insulating them from the guilt of committing harm to those in their immediate vicinity.

It is, above all, ideas that allow this to happen, and lively discussion and analysis can be key to undoing it.

There is a delicious irony hidden within the Conservative party’s methods.

The very thing that they are supposedly conserving – the innate beauty and wonder of the British Isles – is now collapsing because of the greed of the financial sector.

The Conservative party’s oak tree is creaking to an unnatural and early death, literally undermined by the thirst for shale gas via the abject, moronic frenzy of fracking – and it’s their own actions that have set the roots trembling, long before the Brexit referendum.