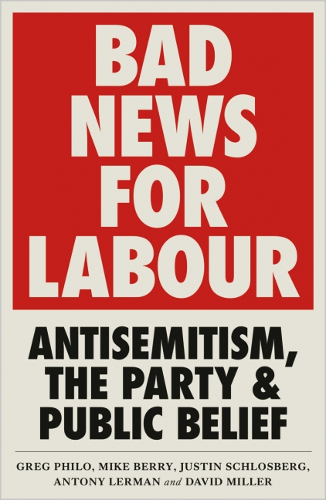 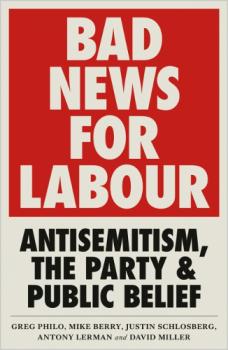 The headline findings from this new study of the Labour Party’s anti-semitism controversy are astonishing.

A Survation poll commissioned by the authors in March 2019 found ‘on average people believed that a third of Labour Party members have been reported for anti-semitism’ when ‘the actual figure was far less than one per cent.’

The two things are connected, of course, with the results of four focus groups showing ‘the media and the extensive coverage that the story has received feature very prominently in the reasons that were given’ for higher estimates of levels of anti-semitism in the Labour Party.

Summarising the findings of research conducted by the Media Reform Coalition on the issue, Justin Schlosberg, a senior lecturer in journalism and media at Birkbeck College, University of London, concludes the media’s coverage of the issue is ‘consistent with a disinformation paradigm’.

Anthony Lerman, the former director of the Institute for Jewish Policy Research, also contributes a chapter – a majestic overview of the media distortions surrounding the controversy over whether Labour should adopt the International Holocaust Remembrance Alliance’s (IHRA) definition of anti-semitism.

For example, while the Guardian’s Jonathan Freedland referred to the definition as ‘near universally accepted’, Lerman points out only 6 of the 31 member countries of the IHRA have formally adopted the definition.

Presumably published quickly to maximise its impact, Bad News For Labour is perhaps not as comprehensive as previous Glasgow Media Group (GMG) studies, such as the 2004 Bad News From Israel.

Nevertheless, this is an important, myth-busting intervention into the debate.

For activists, the book should serve as a reminder that the mainstream media is a key site of struggle in the fight for a better society. Despite the rise of social media, the study shows that the press and TV news continue to wield significant power when it comes to framing news events and shaping public opinion.

Along with the book’s comprehensive timeline of events, many activists will also find the authors’ proposals for how Labour should combat the media falsehoods very useful.

First, Labour should make sure ‘an effective, rapid and fair process’ is in place for dealing with allegations.

Second, the party needs ‘an effective communication infrastructure for both mainstream and new media’, including ‘a well-resourced rebuttal unit.’

And finally, the mass membership needs to be mobilised to defend the leadership and party from erroneous attacks, with face-to-face contact with the public ‘a very powerful way of countering distorted media messages.’