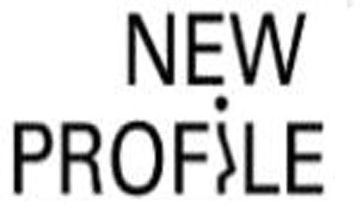 A view from New Profile, the movement for the demilitarisation of Israeli society

One of New Profile’s central projects is our Counselling Network – a network of volunteers accompanying young Israelis through the process of avoiding or discontinuing their compulsory military service.

One foundation that bills itself as politically radical has informed us that they’d fund other work we’re doing in education, but never the Counselling Network, because, you see, it is not radical enough.

As context, consider that, while we have always supported, and continue to support, declared conscientious objection, at one point we made a conscious decision to deprioritise this support work and to put greater resources into supporting young people from underprivileged social groups in avoiding conscription on whatever grounds (a typical scenario would involve a young person working to support her or his family financially, who’d lose crucial income as a conscript).

The argument against our counselling project is that we’re no longer doing political work, that we’re not taking an open ideological stand, and also that we are doing welfare work, helping individuals in trouble – the implication here being that welfare work doesn’t challenge ‘the system’, and even helps it function more smoothly on the whole.

One way in which New Profile’s work in helping people to get exempted from military service is in fact pretty radical and politically meaningful is this: given the amount of social and institutional pressure young Israelis are under to serve in the military, any decision to opt out – no matter how it is outwardly motivated – is a courageous act of resistance, a very strong stand for a young person to make, under very tough conditions.

We not only support the individuals who take this stand, but also help them realise that they are by no means alone in doing so.

By law, Israel has truly universal mandatory conscription. In practice, though, there is a complicated system of exclusion, inclusion, exploitation and differential reward.

First, there are major groups not serving in the military at all, for different reasons.

The military itself does not trust most Palestinian citizens of Israel with a weapon. They are not even exempted; just never called up in the first place.

Religiously observant Jewish women are entitled to an exemption from military service.

Within the more exclusive (but very rapidly growing) ultra-Orthodox Jewish communities, the social norm is for men to enrol as full-time religious college students, which comes with a repeated deferral of enlistment, and an eventual exemption after quite some years.

There are some medical exemptions, of course, and some people are considered to be ‘low quality’ (that’s the army’s official term!) and are not enlisted.

And then there are people deliberately seeking an exemption, either before being conscripted or while already serving.

All in all, as of 2017, somewhat less than half of Israel’s total population of 18-year-olds joined the armed forces in the first place.

Only about 42 percent made it to the end of their compulsory service term. Again, that’s about 40 percent doing what the law mandates as compulsory for all.

By a very rough estimate, between 10 and 12 thousand people a year initiate their exemption or early discharge – not including religious exemptions. (Of these, at most a few dozens declare themselves to be conscientious objectors to military service.) That makes up a bit under 10 percent of the yearly cohort.

For New Profile’s Counselling Network, this is our main target audience.

We are contacted by about 800 people a year, on average, seeking help. Many more read materials we post online and use them to their benefit without contacting us.

That’s a big success story in terms of the impact we make, and it hits the militarised power structure of Israeli society in a soft spot.

But I mentioned earlier that we actively de-prioritised support for declared conscientious objectors.

Why? Can’t we focus on both?

For many years we did, and to some extent we still do – again, we continue supporting conscientious objectors in many ways.

There were some practical reasons for our decision: campaigning and publicity were never New Profile’s strong suit; the more quiet and regular behind-the-scenes support kind of work is much more our cup of tea, and in recent years, there is a new organisation in Israel, called Mesarvot, which focuses much more on campaigning and media work and deals predominantly with declared conscientious objectors, especially those among them who choose imprisonment, so we can happily leave that stuff to them.

“Heroism is a militaristic ideal, and a deeply gendered one. The Hebrew word for ‘hero’ (gibor) actually shares a root with the word for ‘man’ (gever)”

There is this romantic notion of conscientious objectors as speaking truth to power, enduring punishment to make a point, and so on. That’s not altogether a precise depiction.

To begin with, if you’re not actually all that keen on doing time in military prison, then you need to convince a panel of military officers that you are their idea of a harmless pacifist.

If you opt for a full-fledged prison campaign, you do get to speak what’s on your mind more freely, and be as openly political as you want, but then many other issues crop up.

First, it’s the military that decides whether to get you to prison at all. Sometimes it doesn’t.

There is a broader point about the nature of heroic prison campaigns. They are no less about the figure of the objector himself than about the political stand motivating the refusal.

Moreover, heroism is a militaristic ideal, and a deeply gendered one. Hebrew makes this point very transparent to us in Israel: the Hebrew word for ‘hero’ (gibor) actually shares a root with the word for ‘man’ (gever).

Posing as a hero is a very manly thing to do. A prison campaign for a conscientious objector trades in much the same currency of militarised masculinity that military service itself does.

And then, finally, there is the problem of privilege in resistance.

Mounting a prison campaign (or, for that matter, appealing to the army’s travesty of a ‘conscience committee’) is not something everybody has the resources and the cultural capital to do.

This form of resistance clearly favours the cultural and economic elites, the children of university professors and of prominent activists.

Now, I shouldn’t overstate this point. There definitely are declared conscientious objectors coming from a much less privileged background, who mount prison campaigns.

But these are all exceptions to the rule. On the whole, declared conscientious objection privileges the privileged.

Moreover, even when we, conscientious objector support groups, do our best to campaign vigorously on behalf of the less privileged objectors, media attention keeps going disproportionately to the well-connected.

This, by the way, again, also coincides with the army’s criteria for determining the ‘quality’ of recruits.

In fact, for us in New Profile, issuing updates about imprisoned objectors (before Mesarvot took over this task) was usually a minor part of our work, but it would constantly end up being almost the only thing we did that got any kind of visibility.

For us in New Profile, especially in recent years, our mission of demilitarising Israeli society demanded that we address the power structures that keep infiltrating our own resistance work.

So, to sum it all up, in this matter, as in everything else, context matters.

Yes, there are great arguments out there against a ‘welfare’ type of activism, and for explicitly politicising resistance.

Often, they capture the essence of the difference between radical resistance and the type of work that merely tries to patch the existing power structures. But then, at other times they don’t.

In some contexts, it turns out that what looks like welfare work radically challenges the system, while open protest ends up reproducing some of the very power relations it aims to resist.

Sergie Sandler is treasurer of New Profile and of War Resisters International.

This is an extract from the Howard Clark Memorial Lecture, delivered at Leeds Beckett University, Leeds, on 21 November. www.newprofile.org