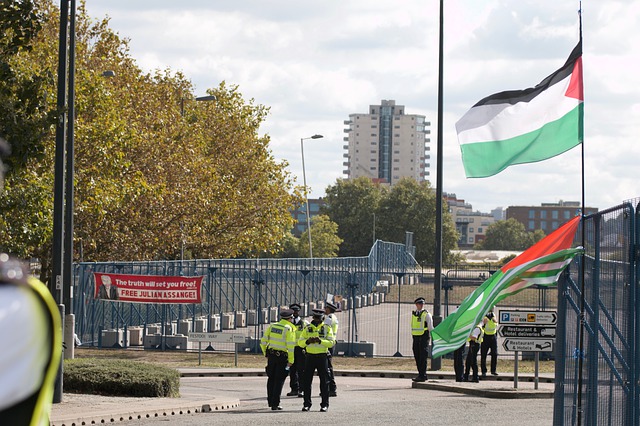 More than 60 doctors wrote an open letter expressing their fear that Julian’s health was so bad that he could die in prison.

Noam Chomsky said: ‘Assange basically is being murdered by the British government.’

Julian is fighting extradition to the US where he faces up to 175 years in prison for charges under the Espionage Act for his investigative journalism.

Meanwhile, Chelsea Manning has daily $1,000 fines as she remains in prison for refusing to give evidence against Julian.

Please write to Chelsea Manning (only using white paper/envelope):
Chelsea Elizabeth Manning, A0181426, William G. Truesdale Adult Detention Center, 2001 Mill Road Alexandria, VA 22314, USA.
(No cards, postcards, photocopies, books, magazines or cash allowed, and no decorations on the envelope!)
Donations and more info: www.xychelsea.is, www.tinyurl.com/chelsealegal.
Please also write (only ‘a short personal note’) to Julian Assange:
Mr Julian Assange,
DOB: 3/07/1971, HMP Belmarsh, Western Way, London SE28 0EB.
(You must include your full name and address on the back of the envelope. No cards or postcards.)
You can get a list of peace prisoners’ names and addresses from
War Resisters International:
www.wri-irg.org/en/inprison