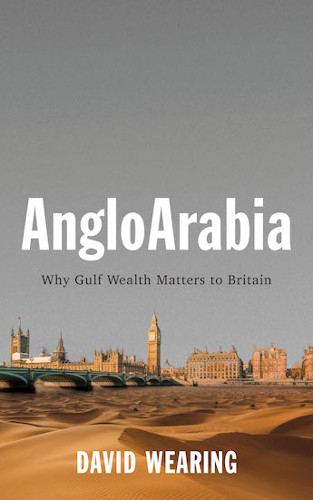 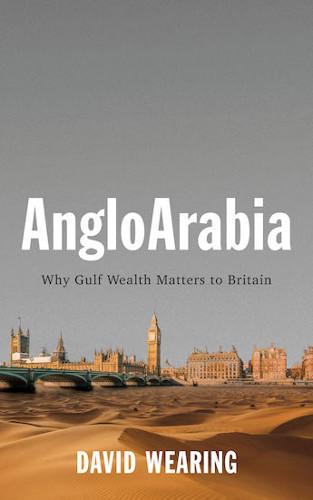 From the outset, Wearing dismisses the familiar discourse of ‘British values’, which presents our liberal democracy as being in natural opposition to an authoritarian Middle East, warning that this obscures the far weightier ‘common cause’ held between British elites and Arab monarchies.

Wearing draws on Britain’s imperial history to provide the backstory to today’s connections between Britain and the GCC – connections that were strengthened further during the First World War, when oil and its revenues became an essential part of Britain’s ability to influence world events.

Even though Britain is no longer reliant on Gulf oil for its energy supplies, there are still enduring strategic and geopolitical interests at stake.

For example, Britain’s strong relationship with the GCC states helps the UK to stabilise the price of oil globally, and therefore the price of imports.

British oil companies BP and Shell, while not oil producers in the Gulf, accumulate capital through projects in the region.

And the oil-producing states rely on the capacity of London’s financial sector to recycle the dollars they receive for their oil exports (‘petrodollars’) into the global economy, which in turn helps Britain to finance its current account deficit, by as much as 25 percent.

Most controversially, petrodollars give Britain the opportunity to sell billions of dollars worth of arms to Saudi Arabia.

For all the ways in which Gulf wealth benefits Britain, Wearing describes the relationship as one of ‘asymmetric interdependence’, meaning the GCC states need Britain more than it needs them.

Even though the UK lies far behind the US in world power terms, the GCC states rely on their connection with Britain, a permanent member of the UN security council, to provide them with legitimacy and to ensure their very survival.

This book provides a welcome, detailed perspective on the underlying strategic interests which explain the UK’s continued servicing of the Saudi-led intervention in Yemen, in the form of bombs, planes, training for pilots and maintenance of aircraft, making it complicit in, if not party to, the violation of international humanitarian law in that war.

Wearing shows that, rather than being an inevitable product of a clash of cultural values, our relationship with the GCC states is the result of a series of political and economic choices made by Britain since the Cold War.

Britain chose to become a neoliberal economy, making money from financial services rather than its own manufacturing and exports, a choice which, Wearing argues, does little to benefit ordinary people in Britain.

For activists resisting the arms trade, this story – told from the perspective of power and high finance – leads to some challenging but also hopeful revelations.

UK arms exports to the GCC states increased sharply during the Arab Spring, from 2009 onwards, showing the UK government would rather support conservative regimes than pro-democracy protestors.

However, pressure from human rights organisations has led to contradictions within our own government departments, leaving it politically vulnerable. The UK’s involvement with GCC states comes at a humanitarian cost both to the population at home in Britain, struggling with the consequences of austerity, and to the victims of authoritarian regimes in the Middle East.

It is in these inconsistencies that work for change is possible and inevitable.

This book provides an invaluable illustration of how global capitalism, with the arms industry as its ‘coercive background’, benefits a single, elite, socio-economic group, who will stop at nothing to preserve the historic connections that have served them so well. It is an excellent reminder for those who work for peace that, as well as resisting the arms trade, we have an imperative to challenge the shadowy structures of global capital itself.

The text is based on the Wearing’s doctoral research and, as such, is at times very technical and academic. I would have welcomed a beginner’s guide to oil finance, a glossary of acronyms and some illustrations other than graphs.