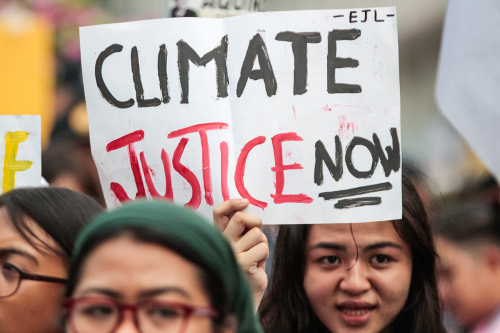 Candidates will step off the campaign trail; sports stars off the pitch; celebrities will scrub off makeup and teachers will lay down chalk; cooks will close restaurants and bring meals to protests; pensioners too will break daily routines and join together in an unprecedented historical moment.

As we deal with devastating climate impacts and hurtle towards dangerous climate tipping points, a wide coalition of groups are organising to disrupt 'business as usual' by joining the global climate strikes on 20 September.

Young people have woken up much of the world with their powerful school strikes.

Some pioneering companies and banks have declared themselves closed for business on 20 September so employees can join youth strikers in the streets.

Climate breakdown is all around us: intensifying storms, hurricanes, heatwaves and wildfires, as well as slow-burning disasters like drought and famine – all of which hit the most vulnerable communities the worst.

It is one of the greatest human rights issue we face. It means food supplies failing, fuel shortages, dwindling access to drinking water, and homes being swallowed by the sea.

Millions who have done the least to cause the climate crisis are being hit by the deadly reality of a rapidly overheating planet.

Those groups that are most disadvantaged – such as women, people of colour, the global poor and Indigenous Peoples – are affected in ways that are reinforced by the same systems causing climate breakdown.

Fighting climate breakdown is about much more than emissions and scientific metrics. It’s about fighting for a just and sustainable world that works for all of us.

Saving ourselves from the extremes of an overheating planet means urgent action to leave fossil fuels in the ground and the adoption world-wide of Green New Deal-style policies for a rapid and fair transition of our societies and economies to the publicly-owned renewable energy of the future.

We know it can be done. But politicians need a wake-up call like they’ve never had before.

Greta Thunberg and millions of her fellow students walking out of school have already taught the world a valuable lesson in leadership. We have to act – together.

350.org and many others will spend 20 September in protest against new pipelines or the banks that fund them, and against the oil companies and the politicians that spread their lies.

Others will spend the day installing renewable energy solutions in their neighbourhoods, or building bike paths.

On 20 September, everyone will take at least a few minutes to sound the alarm for our planet. To change everything, we need everyone.