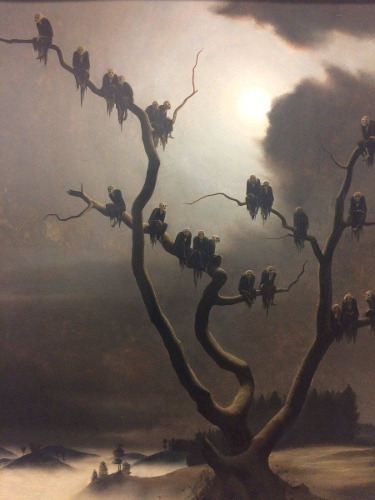 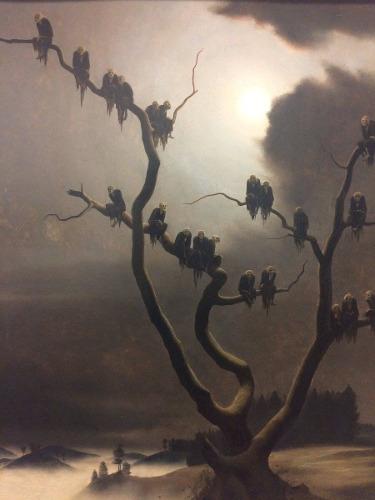 I think there are two major reasons why people come to public meetings (and, to a lesser extent, organising meetings). First, they come to learn facts and perspectives about ‘an issue’ – to get beyond the headlines. If you’re not particularly confident around the skills of tracking down different sources and perspectives and comparing and contrasting them, then this can be a relatively efficient way of getting information.

Second, and I sometimes think, without any way of proving it, that this is the major reason people attend meetings, is the need to find connection with other people who give a shit and want a better world. People are looking for a way to escape from the escalating loneliness that characterises many ‘advanced’ societies.

But there are also other things people need if they’re going to stay involved, if they’re not already hardcore, committed (and indoctrinated) activists, with deep social ties in a group. They need and/or want opportunities to admit ignorance and uncertainty, and to hear succinct and non-judgmental explanations of radical ways of thinking. They also need and/or want opportunities for attention, recognition, connection.

On the whole, new attenders do not get these in meaningful or effective ways at meetings.

What could be done?

Start on time. It’s unprofessional to start late, and it sends a message that you are sloppy and don’t consider people’s time to be precious.

Start with an interaction – get people to turn to the person next to them to exchange names and ‘the reason they came’. Not doing this sends the message that the only thing that matters is the people at the front of the room. Doing this means that everyone at least speaks to someone during the course of the evening.

Crowdsource the time-keeping. ‘Dear everyone, our wonderful speaker professor Jane Bloggs has expressed a keen interest in hearing your questions and comments and ways forward and so is going to restrict herself to 30 minutes, of which at least one third – 10 minutes – is about the possible solutions to problem X. To that end, I’m going to slide two pieces of paper across – one at the “11 minutes to go” mark – “Solutions” and another, “This is the end”, piece of paper across at the “one minute to go” point. At exactly 30 minutes, I’m going to start to applaud, and you’re all going to join in. Let’s practice now.’ (Start to applaud.)

Ask the speaker to devote at least half of their talk to: a) solutions; b) problems with previous solutions; c) what those who currently hold power will do in response to attempts at reform; d) stuff that people in the audience could do in coming days, weeks, months.

In other words, not an exhaustive/exhausting litany of woes, recap of the book that they are shilling, followed by a tokenistic ‘we need to build a mass movement’ horseshittery.

How can we make the Q&A a tolerable (even, gasp, an energising) experience?

“The major reason people attend meetings is to find connection.”

After the applause dies down, say: ‘Thanks to professor Bloggs. I am sure some of you already have questions. I am sure others of you have half a question in your heads. What we are going to do now is spend two minutes developing – and where possible shortening – those questions. Please turn to the person next to you and do that. If neither of you has a question, just compare your thoughts on what you’ve heard.’ (After two minutes, ring a bell.)

‘So, you’ve had a chance to get feedback on your question. With very rare exceptions, good questions are short questions. So, please no speeches, no self-advertisements. Professor Bloggs has said she’s going to try to keep her answers and responses as short as possible, and not use the time to continue her speech or go off on major tangents. So we should be able to get through lots of questions. We’re going to batch them in threes. Can I see a show of hands, who wants to ask a question?’ Then pick two women and a man as ‘one, two, three’ – don’t use names, even if you know people. Then another batch of three....

Crucially, end the meeting on time, and on a ‘high’ note (applause for everyone). Remember the peak-end effect – people’s memory of an event is shaped by the emotionally outstanding part of the meeting (the peak), and the final bit (the end).

Start on time, to send out a message of seriousness and reliability

Have an ice-breaker/’report-in’ from people. Get the creative juices flowing, get everyone talking to one other person. As a rule, a ‘name go-round’ is not an icebreaker!

Consider having name badges for the meeting, even if most people think they know other people’s names.

Have a skilled chair, someone who understands the difference between chairing (procedures dominate, regardless of whether they are effective) and facilitating (processes and people matter, without losing sight of effectiveness), and is capable of doing both.

And if there are contentious issues to be discussed/decided, perhaps think of having an external person who facilitates those bits, making sure that there’s good process.

Facilitator should use everyone’s name or nobody’s, to minimise that sense of an ingroup and an outgroup.

Have co-facilitators who facilitate different bits of the meeting, so that they gain experience and confidence, without having to ‘jump in the deep end’.

At the half-way point of the meeting, have a brief break. At this point jobs that need doing could be distributed – to people who were not present.

Make sure that when tasks are being offered out, that they are ones that aren’t open-ended commitments, and that, wherever possible/sensible, people are paired up – an experienced person and a new-to-the-group person. Never ever let anything ‘mission critical’ be left to one person. That stuff should always be paired.

There are more, but we’re drifting here from the mechanics of a meeting into how to distribute tasks and build skills in a group, which is a separate article....

Personally, I vote with my feet. I just don’t go to events which I know are likely to be shit. I walk out of events which are shit. I sometimes lob a resentment grenade over my shoulder as I flounce out. Strictly for the shits and giggles, you understand. I have become, for all intents and purposes, a ghost.

In the world of activism and social movements, if you sit still for long enough, you will see three groups of people. The hardcore of ‘the usual suspects’. A semi-periphery of ‘tourists’ who move from campaign to issue to flashpoint to inaction and back through the cycle. Thirdly, the broader mist of faces, seen once, twice or maybe three times. This mist is made up of the ‘ghosts’, those who should haunt the nightmares of social movement activists, but largely seem not to.

Ghosts matter, and both ‘Big Green’ organisations and grassroots groups need to reflect critically, to admit not merely that ‘mistakes were made (but not by us)’ but that potential members and their skills and energies were lost, that they were turned into ghosts. We have too many ghosts already, and we should stop making more of them.

Marc Hudson is an environmental activist based in Manchester: manchesterclimatemonthly.net and climateemergencymanchester.net