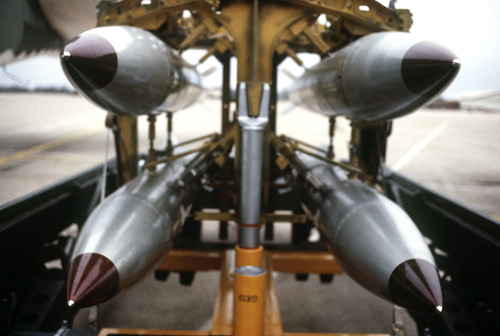 In June, the Pentagon published, then hid an eye-opening military manual 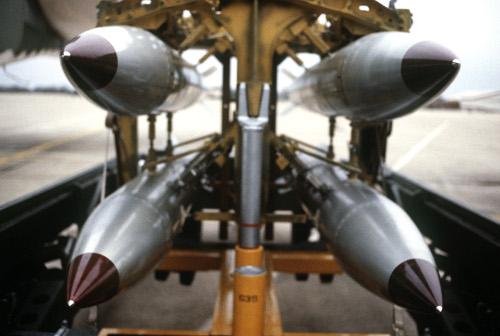 On 11 June, the US military posted an unclassified document, updating doctrine on the use of nuclear weapons, on a public Pentagon website. The most quoted part of Nuclear Operations is this: ‘Using nuclear weapons could create conditions for decisive results and the restoration of strategic stability. Specifically, the use of a nuclear weapon will fundamentally change the scope of a battle and create conditions that affect how commanders will prevail in conflict.’

In other words, Nuclear Operations is a guide to using nuclear weapons to fight and win battles and wars.

This is not how US nuclear policy is portrayed to the general public.

This war-fighting approach is not a post-2016 Trumpian invention, but a way of thinking about nuclear weapons that has deep roots in the US military and a long history. We can see this, for example, in the institutions and equipment that have been in place for decades to assist nuclear war-fighting.

Nuclear Operations caught a little bit of media attention only because it was removed from public view after eight days, something noticed by a secrecy expert at the US Federation of American Scientists (FAS), Steven Aftergood, on 19 June.

Here’s another eye-opening section from Nuclear Operations: ‘Employment of nuclear weapons can radically alter or accelerate the course of a campaign. A nuclear weapon could be brought into the campaign as a result of perceived failure in a conventional campaign, potential loss of control or regime, or to escalate the conflict to sue for peace on more-favorable terms.’ (emphases added)

This is not about protecting your homeland from overwhelming nuclear destruction by threatening massive nuclear retaliation.

This suggests the use of perhaps just a single nuclear weapon in order to achieve political as much as military objectives.:

Because of the ‘prompt’ and ‘sustained’ effects of nuclear weapons, commanders are asked to consider ‘their impact on future operations throughout the operational environment.’ ‘The commander must employ appropriate protective measures to ensure mission-critical operations can continue after exposure to nuclear effects.’

In other words, you need to think about how the nuclear strike you are calling in will affect your soldiers as they continue to fight on a possibly irradiated battleground.

“Nuclear Operations is a guide to using nuclear weapons to fight and win battles and wars.”

Nuclear weapons are not just to be fired in a world-ending final exchange, if deterrence fails. They are usable in battle.

Factors you should think about (‘Weapon Application Considerations’) include:

On the last point, ‘A higher HOB may be selected to alter the weapons effects footprint or to avoid the production of fallout. Some high-altitude bursts, in excess of 100,000 feet, will produce widespread electromagnetic pulse (EMP) events, which may affect non-EMP-hardened systems.’

Nuclear Operations states that the US ‘maintains nonstrategic nuclear forces and capabilities to increase the regional deterrent value of US forces’.

In other words, the US has less-powerful nuclear bombs which it can more credibly use to threaten enemies in the Global South.

Nuclear Operations points out: ‘Credibility depends on the appearance of the deterrent from the threat’s point of view.’

Also: ‘Developing nuclear contingency plans sends an important signal to adversaries and enemies that the US has the capability and willingness to employ nuclear weapons to defend itself and its allies and partners.’

This is about ‘credibly’ threatening much weaker opponents with a ‘small’ nuclear strike in order to intimidate them. ‘Deterrence’ in the real world.

Nuclear Operations points out that military commanders in the field will need support from outside agencies for ‘consequences of execution assessment’, among other things.

The document refers, for example, to the Army Nuclear and Countering Weapons of Mass Destruction Agency (ANCA).

ANCA, originally the Office of Special Weapons Development in 1952, is a small body that, among many other roles, sends out ‘nuclear employment augmentation teams’ (NEATs) to provide nuclear planning support to military commanders in the field.

In a 2005 revision of ANCA’s regulations, the ANCA director was asked to ‘[m]aintain the Army’s capability to plan and execute US/NATO offensive nuclear operations.’

This included maintaining officers skilled in nuclear planning and in ‘consequences of nuclear execution modeling’, among other things.

In other words, planning for nuclear war-fighting on the battlefield, and an administrative infrastructure including specialist ‘consequences’ assessment staff, have been part of the US army since the dawn of the nuclear age.

Eye in the sky

If you use a nuclear weapon for war-fighting, you need to know where it lands (‘battlefield damage assesssment’). If it doesn’t land on target, you can launch (or re-target) another warhead to ensure that the objective is destroyed.

The US has had a way of spotting nuclear explosions since the 1960s. The original IONDS system was only able to detect an explosion within 3,000 miles.

Today, a large part of NDS is carried by the US military’s NAVSTAR satellites. They are most famous for hosting the GPS global positioning system used by every smartphone.

NAVSTAR and GPS were created to guide US military operations including nuclear targeting and re-targeting – and battle damage assessment from US nuclear strikes – in real time.

The first NDS sensor was launched on a NAVSTAR GPS satellite in July 1983.

ANCA and GPS/NDS are just two aspects of a massive military infrastructure supporting a war-fighting approach to nuclear weapons.

Nuclear Operations stated some truths about US nuclear doctrine in a blunter way than usual (and that may be why it was removed from public view) but it was just an updated expression of a longstanding and frighteningly casual attitude to nuclear warfare.

Milan Rai is the author of Tactical Trident: The Rifkind Doctrine and the Third World (1995).

Nuclear Operations can still be downloaded from the FAS website: www.tinyurl.com/peacenews3258