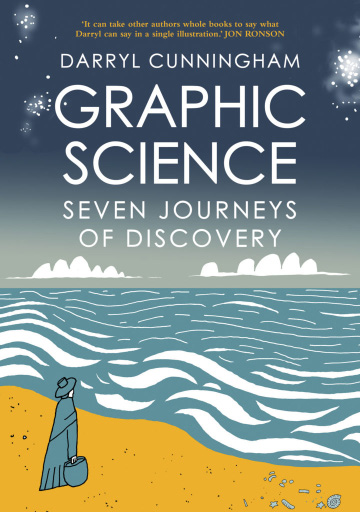 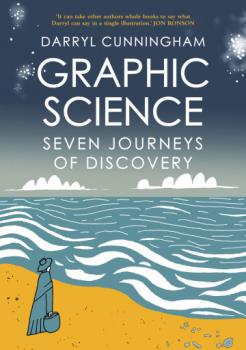 There are quite a lot of graphic novels around today whose main selling points are their beautiful, elaborate drawings. This book is not one of them. But while some people might be put off by the artwork here – anyone familiar with Darryl Cunningham’s other books will instantly recognise his faceless human figures and blocks of plain colour – I think it’s one of the best graphic novels I’ve read.

Featuring short biographies of seven different scientists who ‘for reasons of gender, race, mental health, poverty’ the author considers to have been unfairly sidelined, all of the stories in Graphic Science are rendered with sympathy and seriousness – and many are shocking. Some of the scientists seem to be more obvious choices than others in terms of their being ignored and overlooked, but all of them led lives which it would benefit us to remember today.

Perhaps the two most fascinating chapters in the book are those devoted to the African-American botanist George Washington Carver – whose fame today stems from the myth that he invented peanut butter – and the 19th-century fossil-hunter Mary Anning. Both had their discoveries and their ideas stifled by prejudice. But while Carver roamed around learning new skills, Anning was barely ever able to leave Lyme Regis: she was stuck at home while men in London passed off her discoveries as their own.

While the book does not claim, as some biographies do, to be packed with surprising anecdotes about the people that it describes, there are still examples of these to be found alongside the facts and the science. For example, George Washington Carver believed that peanut oil massages could cure polio, while inventor Nikola Tesla developed an obsession with pigeons in his later life and had all of his possessions posthumously confiscated by Donald Trump’s uncle, John Trump.

The author strikes a careful balance between the lives of the scientists and the findings that they produced. Instead of skipping over the science or making it confusing, Cunningham explains it in an accessible way. Overall, though, this is a bittersweet read: the simple facts of cases such as that of Jocelyn Bell Burnell, who was denied the Nobel Prize for her discovery of the lighthouse-like stars known as pulsars (the prize went to her supervisor instead), make you wonder how much has really changed since the 1970s, let alone the nineteenth century.

It is a consolation, however, that we are now beginning to see these people and recognise their achievements, and I wholeheartedly recommend this book’s efforts in this direction.