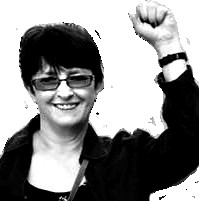 Our columnist points the finger!

This morning I was prompted by a post on Facebook to listen to LBC talk radio. My friend Caroline was advising friends that she was invited on to talk about cycle lanes.

I never listen to talk radio and I’ve even given Radio 4’s Today programme a wide berth after finding myself shouting at the radio so many times. I mean, I do have hypertension and this is not doing the blood pressure any good. I’ve long since stopped watching Question Time for the same reason.

Anyway, I tuned in.

Of course, they kept Caroline waiting 20 minutes by the phone before they got her on.

In the meantime, I learned that Nigel Farage has a radio show (obviously he doesn’t have enough to do in the European parliament).

Transport for London is apparently making a killing from the poor beleaguered motorist, who through no fault of their own, find themselves stopped in a yellow box and fined. No matter that stopping in that yellow box has caused a bit of a snarl-up. Instead, no, the cause of that traffic jam is the cycle lane.

So, Caroline had to justify extra cycle lanes while poor motorists have no option but to continue into a box junction and block the traffic. Just so a cyclist can ride around the city without being killed. But of course there was little opportunity to do any justifying while being talked over by the presenter.

But the thing I really want to know is, why can’t motorists who complain about the traffic realise that they are the traffic!

Why can’t they realise that if having extra cycle lanes in London results in less space for motor traffic then maybe that might put people off driving in London unless they really have to? Those who need to, include tradespeople who have to transport their scaffolding, plumbing equipment, ladders and so on, or medical professionals who might want to transport oxygen cylinders and resuscitation equipment. But not the City trader who has a meeting at a Big Bank or the parent driving their able-bodied offspring to school.

And that, Mr White Van Driver who phoned in outraged at having to pay a fine for stopping in the yellow box, would surely help you get around without risking a fine? (Which you wouldn’t get if you stuck to the Highway Code, by the way.)

It’s worth noting here that cyclists do not add to air pollution and take up much less room on the road. Note also that if there was less traffic then public transport would be more reliable and more people would use it.

It’s also worth noting that many big cities in the UK have dangerously high levels of air pollution (but never mind, monitoring levels are EU-enforced and we’re leaving, so after 29 March next year we can pollute as much as we like).

It’s especially worth noting that human-made climate change is happening and reducing car use would be a bit of a help here.

I might also point out that many British people (including myself) are overweight and could seriously do with getting out of their cars and walking or cycling.

I suspect many car-owners feel that, having bought the car and paid for the tax and insurance, the more they use it the cheaper it gets (like having a travel season ticket). There will be fuel costs but the big payout would be purchasing it in the first place.

Therefore, I’d suggest a pay-as-you-go tax for car use, though, sorry, I don’t know how that would work. I suspect many people would give up their car and use taxis or car clubs if they had to pay-per-journey.

And we’d all have better quality air. NB If you live miles from the nearest bus stop, you’re exempted from the finger pointing!