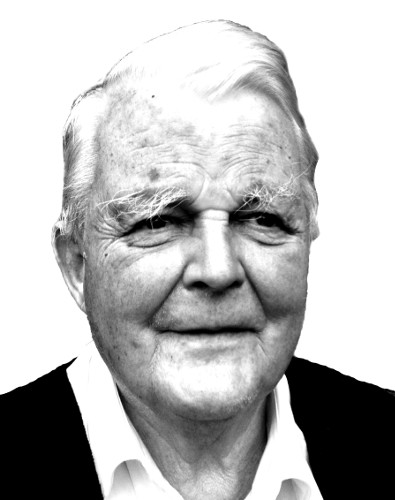 'We've got to have the bloody Union Jack on top of it!'

We all have to thank, if that is the right word, the late Ernest Bevin for getting us into our nuclear weapons mess. He was late for a meeting called by the then British prime minister, Labour’s Clement Attlee, in October 1946. Attlee wanted to discuss whether to plan for a British nuclear weapon or not.

It was this crude nationalism, not the needs of national security, that took us into the nuclear weapon club. We are supposed, since the days of Bevin, to have an ‘independent’ nuclear deterrent.

To keep that illusion going, we are right now in the process of spending over two hundred billion pounds on building and running another post-Trident nuclear weapon system. It may well be out of date before it even starts to operate.

Submarines, deep under water, are supposed to be undetectable. For how long? Undersea drones may soon put an end to that.

Independent? We have to borrow from the United States, on a rotating basis, the missiles on which to put our nuclear warheads. So their non-independence is obvious. Without missiles on loan, our warheads would have no purpose. One might as well be put in the Science Museum as an historic example of stupidity.

I crossed swords recently with the editor of the London Evening Standard on this issue. His reply was predictable. How can we be confident that we won’t be threatened by Russia, China, India or Pakistan? he asked. Why he did not mention Israel or the United States, one can guess.

Nuclear weapons are no answer to any threat. If they were, all countries that can afford them ought to have them. But mutual suicide solves no problems.

The editor did not mention the ongoing daily risk of accidents and human error. It is a very long one. Time and again, we have been saved from disaster by the action of some individual. That a nuclear torpedo was not used during the Cuba crisis was the result of good sense by a single Soviet submarine officer who refused to hand over his operational key.

It was Robert McNamara, US ‘defence’ expert, who said, late in life, that we were saved not by our good judgement but by ‘good luck’. Good luck can run out.

Thanks to ICAN and many other organisations, national and international, we now have a treaty which would make illegal the possession as well as the use of these weapons of mass destruction.

But none of the nuclear weapon states have yet signed up to it. On the contrary, the treaty has been ignored or ridiculed. This is the very time to put the spotlight on our own government which is anyway in shipwreck over Brexit.

To spend billions on a weapon which we can’t even use without help from elsewhere, while we are faced with funding the real needs of our country, is absurd. Housing, health, pensions and education are immediate needs right now. But we are also one world citizens. The needs of millions of migrants, refugees and drought-hit people are our concern too. The threatening consequences of climate change in which military manufacture and use play a major part are getting clearer all the time.

It is high time for us to stop playing nationalistic games. We should grow up, sign the new treaty, abandon our nuclear weapons programme, and spend the money saved on genuine human needs here and elsewhere.