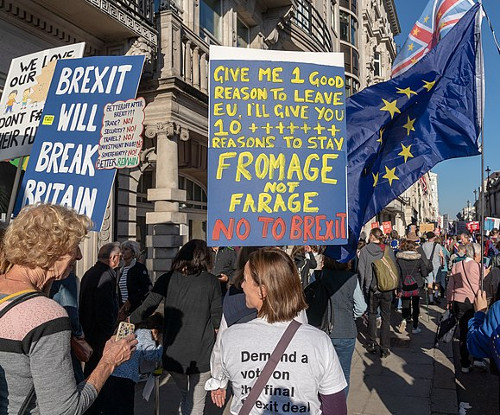 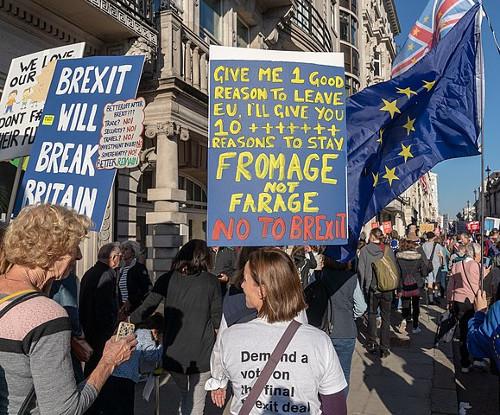 In November, PN reporter Rebecca Elson-Watkins wrote to 53 British peace groups with a Brexit questionnaire. She received four responses. Peace groups may be unsure or divided on Brexit or perhaps unaffected by it. Here are the responses we received, in the order they came.

2) Has your peace organisation made any statement in relation to Brexit? No

3) What do you think the British peace movement should be doing right now about Brexit? Oppose it on grounds of illegality. Support demands for a second referendum.

4) What do you think the British peace movement should do after Brexit happens next March? Particularly if there is a no-deal Brexit? I have no idea.

5) How will Brexit affect your work for peace? It will make the UK government less accountable for decisions on the justification of practices which expose people to ionising radiation. We think it will probably reduce the pressure government perceives for stakeholder engagement. This will lead to more autocratic attitudes and reduced accountability.

John Stephen, World Peace Campaign co-ordinator. My view is that we would be safer and more peaceful if we could stay in Europe.

If there were to be a further referendum now, I think we would get a better result as more people are aware of what leaving the EU would mean. We have lived peaceably within Europe since the end of the Second World War and by remaining in Europe there would be less chance of further bloodshed.

We should encourage our members to contact their MPs to make sure they understand that there is a groundswell of opinion in favour of staying in the EU.

ELAAF does not have a policy on this matter.

David Mackenzie, Trident Ploughshares. In fast-changing times we want to be ready.

Ready to share our experience, energy and expertise in nonviolent resistance across the social change movements. Ready to help with conflict resolution in a more polarised society. Ready to respond to new opportunities for disarming the UK, such as the UK losing its only viable Trident platform should Scotland break away.

We also recognise the likelihood that Brexit will push the peace movement to develop and strengthen its transglobal networks and solidarities, in our case particularly through support and action for the Treaty on the Prohibition of Nuclear Weapons.