Daniel Macmillen Voskoboynik, The Memory We Could Be: Overcoming Fear to Create Our Ecological Future 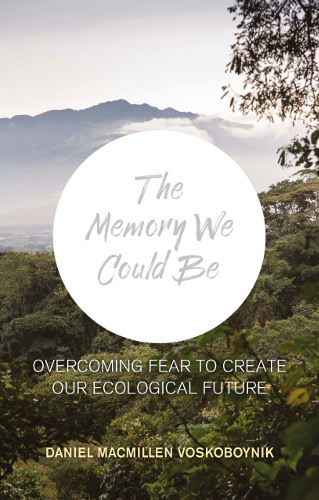 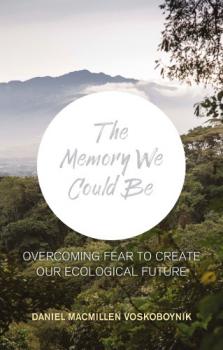 In early October, the UN’s climate change body, the IPCC, released a report on climate change, leading media commentators in Britain to advise British consumers to stop eating meat and buy an electric car – lifestyle choices which do not fundamentally alter our privileged and protected situation. The Memory We Could Be has a very different message, calling for an end to ‘the separation of climate change from the deprivation it deepens’.

The stated aim of this book is to build ecological literacy: to help us understand climate change using the lens of climate justice rather than creating a simplistic world view drawn from scientific data that leaves us mentally drained and paralysed.

At breakneck speed – and on a gigantic scale, often crossing continents within a single paragraph – Voskoboynik encourages us to think in global terms. Drawing on history, anthropology, physics and many other disciplines, he gives us a wealth of ideas with which to think about and understand the impact of climate change.

While he uses the pronoun ‘we’, meaning humanity as a whole, Voskoboynik emphasises it is the richest, most powerful of the world’s populations that are responsible for the largest share of carbon emissions, per capita. He explains how the reluctance of the richest to pay the environmental cost has contributed to the failure of plans for reducing emissions and tackling climate change.

From the earliest times, Voskoboynik reminds us, western culture has made a distinction between humans and nature. This view, persistent across society and in scientific disciplines, has opened the way for violence and cruelty against the natural world. Inspired by the language of separation, colonialism has wiped out tribes of people, along with their languages and local knowledge. Capitalism has mined, burned and slashed it way through the forests of the global south.

In the central chapter, ‘The World at 1°C’ , we learn how unjust societal structures combine with climate change to cause ‘climate violence’. Depictions of climate disasters, the author says, hide the true role of other factors, such as poverty, war, and poor land use. There are inequalities in the extent to which communities are exposed: cities warm up more quickly, for instance. There are also inequalities in the safety of houses and landscapes, according to differences in infrastructure, personal wealth, gender and sexuality.

Voskoboynik hopes that if we understand how climate change affects everything, we will work to protect the poorest from horrific deprivation in the future, and, in doing so, create a better future for everyone.

A quote from the Argentinian environmental lawyer Enrique Viale which heads one of the later chapters puts it this way: ‘Ecology without social justice is little more than gardening’.

This is a gripping history of the world, highly moral, often lyrical and packed with interesting examples and quotes. The author’s focus on the violence caused by inequality and deprivation and the ways this interacts with climate change presents a more hopeful possible ecology for the future.