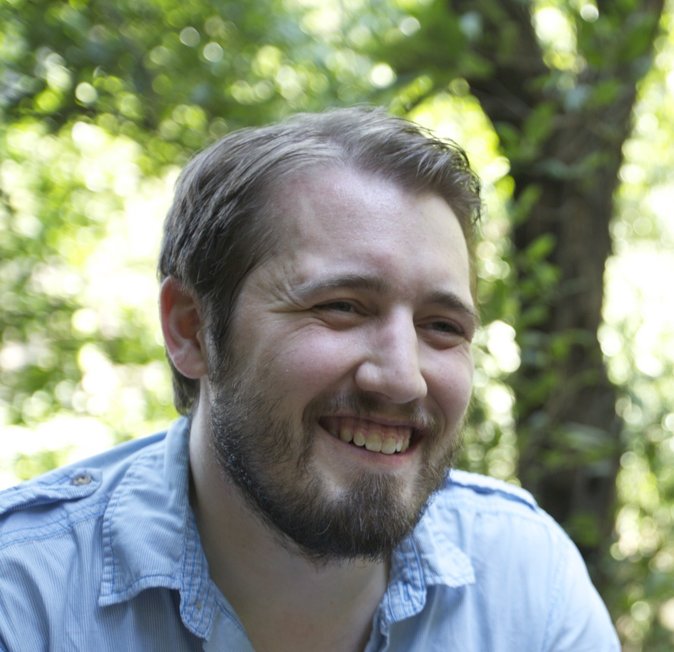 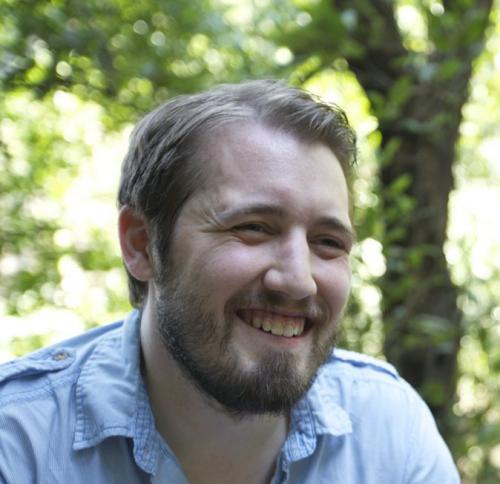 Waging Nonviolence (WNV) has been publishing must-read reporting and analysis on nonviolent action around the world since 2009.

It started out as a blog, the brainchild of three young people: Eric Stoner, Bryan Farrell and Nathan Schneider, who all shared an interest in nonviolence and civil resistance, though each approached the topic from a slightly different angle.

Growing up in the midwest ‘with a thoroughly traditional approach to conflict and war’, Eric Stoner got his first job in private intelligence for US corporations before a course on nonviolence with the legendary former Washington Post columnist Colman McCarthy ‘forever changed my life’. Eric went on to work for the War Resisters League in New York.

Meanwhile, Bryan Farrell had mainly been involved in environmental activism, while Nathan Schneider had a strong interest in the philosophical and religious dimensions of nonviolence.

Familiar with traditional peace movement publications, with their bimonthly or even quarterly schedules, they realised that there was a gap in the coverage of the protests and actions that were taking place around the world every day.

“We’re training young writers in sophisticated movement analysis and then they move on and bring that with them.”

They also wanted to challenge the ways in which many people thought about protest, highlighting ‘the creative side of activism’ as well as the small victories along the way.

‘Oftentimes, activists aren’t very good at taking stock of the progress that has been made, even though it might not be everything that we want or some kind of complete and total victory,’ Eric tells me.

With ‘a foot in each world’, WNV invited folk from both approaches to contribute to the site, believing that they each had something valuable to offer, and could learn from one another: ‘There was more ignorance, and even animosity, among these different approaches than I thought there needed to be’.

For the first few years, the three of them produced 80 – 90 percent of the site’s content themselves. However, slowly, other people started writing for them – including some of their activist heroes, like Frida Berrigan and George Lakey.

The project’s first funding arrived a couple of years into the project (until then it was ‘a total labour of love’), enabling them to start paying their writers.

As a result the site’s coverage shifted from breaking news and opinion pieces, to longer, reported magazine-style writing. Meanwhile, they themselves shifted into more of an editorial mode, spending more and more time highlighting the work of other writers. 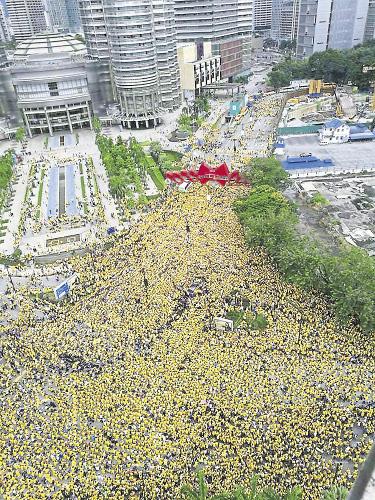 On 19 November 2016, Malaysians marched in the capital, Kuala Lumpur, as part of the yellow-shirted ‘Bersih’ movement, demanding a cleaner electoral system, and especially that prime minister Najib Razak resign. In May 2018, Najib was defeated in a general election. In July, he was arrested by the Malaysian Anti-Corruption Commission. He is due to stand trial in February. Photo: Jiannoi93 via Wikimedia Commons (CC BY-SA 4.0)

Eric describes the editorial support that WNV provides to its new writers as a ‘very hands-on process’, with some pieces going through ‘many, many’ drafts before they are ready for publication. ‘I feel like the quality of the writing is much better than when we were trying to do it ourselves,’ he tells me, laughing.

To date, the site has worked with some 450 writers from around the world, covering topics as varied as nude protests, sex strikes and the power of the taboo in Africa (and beyond) to an analysis of the role played by Malaysia’s Bersih movement (pictured above) in helping to overthrew a corrupt regime at the ballot box earlier this year.

Waves of writers have contributed to the site, usually for a period of six months or so, before moving on, some of them to more mainstream outlets.

‘We’re training young writers in this more sophisticated movement analysis and then they move on and bring that with them,’ Eric explains. ‘Hopefully we’re influencing the way nonviolence and movements are talked about in the wider media.’

Financially, WNV is currently kept afloat by donations from its readers: approximately 300 supporters provide 90 percent of the project’s income, with one small grant making up the remainder.

When we spoke, earlier this year, Eric told me that he was ‘proud of the fact that we’ve been able to keep it going so long almost entirely reader-supported but… it’s not enough to make it really sustainable at the moment.’

In particular Eric says that he and Bryan Farrell, who currently run the project, would ‘like to get to the point where we would be able to pay ourselves a salary or actual wage for doing this. If this project is going to survive beyond us we need to get to that point.’

With any luck, this may be about to happen. WNV is planning to launch a new initiative this winter that could double its budget – partnering with groups like Fellowship of Reconciliation and universities with programmes on civil resistance, to provide editorial support for students and activists, enabling them to publish the finished articles on ‘hubs’ on a soon-to-be-relaunched WNV site.

Another upcoming project is a multi-piece podcast that Farrell has been working on about the French village of Le Chambon, which collectively sheltered Jews during the the Second World War: ‘one of the most compelling stories of nonviolence I’ve ever read’, Eric says. Based on original research, including interviews with survivors, it should be a must-listen.

1. How prisoners organised to elect a just DA in Philly by Kerry ‘Shakaboona’ Marshall and John Bergen
How an insurgent criminal justice reform campaign waged by prisoners, their families and community groups elected an anti-incarceration district attorney.

2. Syrians roll back extremism in Idlib without military intervention by Julia Taleb
Syrian citizens forced extremism out of Idlib City without Assad or outside military force.

4. Why Nazis are so afraid of these clowns by Sarah Freeman-Woolpert
How clowns can subvert Nazi ideology, de-escalate far-right rallies and bring communities together.

5. A 10-point plan to stop Trump and make gains in justice and equality by George Lakey
Strategy suggestions following the historic Women’s Marches of January 2017.

Check out the WNV website at the end of December for their 10 most-read stories of 2018!

Eric Stoner is a co-founding editor at Waging Nonviolence and an adjunct professor at Rutgers University. His articles have appeared in the Guardian, Mother Jones, Salon, The Nation, Sojourners and In These Times. Gabriel Carlyle is the PN promotions worker.

Waging Nonviolence can be found online at: www.wagingnonviolence.org