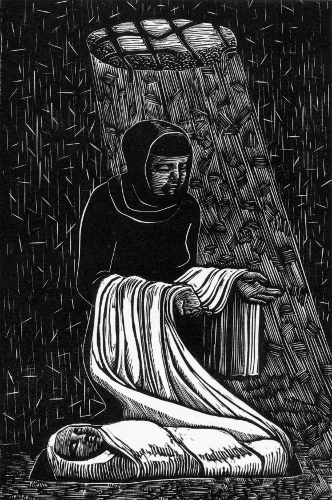 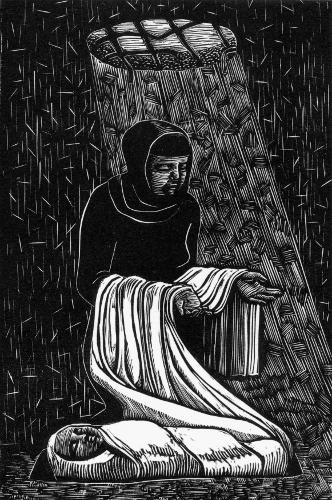 It has been right under the media’s nose, but they have decided not to follow up one of the most politically-explosive aspects of the 2003 invasion of Iraq, something that I exposed back in 2002 using publicly-available sources, and which has now been verified by Chilcot’s declassified documents.

The single most attention-grabbing aspect of the Chilcot report into the war and occupation was the personal note the then-prime minister Tony Blair sent to then-president George W Bush on 28 July 2002. The arresting first line of that note has featured in large print on many front pages: ‘I will be with you, whatever.’ This is probably going to be the one thing that Chilcot is remembered for.

However, a much more revealing passage comes later in this note, when Blair suggests a form of words that he and Bush might use to explain their intentions towards Iraq, as part of a ‘strategy for achieving a coalition’:

(4) Post Saddam
Suppose we were able to say as follows. Regime change is vital and, in the first instance, it must be one that protects Iraq’s territorial integrity and provides stability; and hence might involve another key military figure. But it should lead in time to a democratic Iraq governed by the people. This would be very powerful. I need advice on whether it’s feasible. But just swapping one dictator for another seems inconsistent with our values.[emphases added]

What Blair is proposing here is that he and Bush announce (a) that they want ‘regime change’ and (b) that regime change could be achieved by a military coup replacing Iraqi dictator Saddam Hussein with one of Saddam’s generals – ‘another key military figure’. In order to sugar the pill of ‘swapping one dictator for another’, Blair suggests, they should also say (c) that the new dictator will in time give way to a democratic Iraq.

This coup-friendliness was not a unilateral move by Blair, disconnected from the British policy planning system. The idea of ‘swapping one dictator for another’ as one of two or three desirable ‘endstates’ for Iraq – as a stated war aim – runs through the documents released by the Chilcot inquiry.

The first option was ‘removal of Saddam Hussein and key advisers, including his sons, to be replaced by a Sunni strongman’.

The second was the ‘removal of Saddam Hussein and “his wider security and governing regime”’, eventually to be replaced by ‘a broad-based coalition’.

The third option was ‘removal of the entire Ba’athist regime to be replaced by a federated state’. (Saddam’s regime was built on the Ba’ath party, which infiltrated every aspect of society.)

None of these possibilities included genuine democracy for Iraq (the word is not used in the SPG document), as becomes clear as we read through the other documents released with the Chilcot report. One of them explicitly involves ‘swapping one dictator for another’.

If we go back to 8 March 2002, a year before the invasion, the cabinet office produced ‘Iraq: options paper’. This paper asked ‘what sort of Iraq [do] we want?’ It saw two – and only two – possibilities: ‘a Sunni military strong man’; or a ‘representative, broadly democratic government’ which would be ‘Sunni-led... within a federal structure’.

The second option merges together the SPG’s ‘broad-based coalition’ and ‘federated state’, and makes it clear that this new structure will be Sunni-dominated. The Chilcot report comments dryly: ‘The paper did not address how a broadly representative government would not be Shia-led’. (section 3.2, para 275)

Everyone knew in 2002 that Shia Muslims (who had been oppressed by the Sunni minority since the founding of the state) were over 60 percent of the Iraqi population.

There is only one logical possibility: the cabinet office did not see an elected government as desirable. It preferred something ‘broadly democratic’, meaning a managed system in which Britain and the US would enable the Sunni minority (perhaps a third of the population) to keep political, military and economic control of the country.

Remember, this is the more democratic of the two kinds of Iraq that ‘we want’. The first option ‘we want’ is ‘a Sunni military strong man’ who has mounted a coup against Saddam.

“The cabinet office did not see an elected government as desirable.”

There are a lot of similar remarks throughout the documents that have been released. Let’s jump forward to 12 March 2003, when Tony Blair’s assistant private secretary for foreign affairs, Nicholas Cannon, wrote a minute summing up ‘what sort of new Iraqi government we are working for’.

Cannon suggested that public statements about the British ‘vision for Iraq’ should be held back until the war had started: ‘until then we would not wish to be seen to be actively pursuing regime change, or to preclude a restructuring of the Iraqi regime that involved the emergence of a wholly cooperative “Saddam-lite” figure or, in theory, a Damascene conversion by Saddam himself’.

The most striking part of this paper (which Blair made no comment on, but ticked as ‘read’) is the acceptability – the desirability – of replacing Saddam with a ‘Saddam-lite’ clone. Cannon urged that the British government not take any action that would reduce the chances of such a coup taking place.

When talking about the desired shape of post-Saddam government, Cannon does not use the word ‘democratic’ anywhere. He says the objective is an Iraqi government which is ‘representative’ – meaning Sunni-dominated but in some way inclusive of Kurds and Shias.

At the time Cannon wrote, the British government was preparing a public statement, ‘Vision for Iraq and the Iraqi people’ to be published before the invasion. The Chilcot report observes that at this point, mid-March 2003, the edits included the ‘removal of the words “and democratic” from the phrase “an independent and democratic Iraq”.’ (section 6.5, para 1020)

All of this declassified information merely confirms what was known back in 2002–2003. I wrote about the US–UK desire for ‘leadership change, not regime change’ in War Plan Iraq (Verso, 2002) and Regime Unchanged (Pluto, 2003). There were 16 pages of documentation of this policy, from public sources, in War Plan Iraq, and eight pages of background documenting the same commitment to ‘Saddamism-without-Saddam’ in the 1991 attack on Iraq.

The media could have exposed these anti-democratic, dictator-friendly war aims back in 2003 (or in 1991). It could have exposed them in July 2016. Instead, all of this has been wiped from the record. The Chilcot inquiry has colluded with this self-censorship, producing a wealth of information to support this analysis, but refusing to discuss or explore the ‘Saddam-lite’ preferences of British policymakers in its executive summary.

There is, in other words, a huge contradiction between the evidence that Chilcot has dug up and the whole framework for discussion that the inquiry has adopted – and that has confined the mainstream public debate.

Chilcot was a whitewash, and the media are once again part of a massive Iraq cover-up.