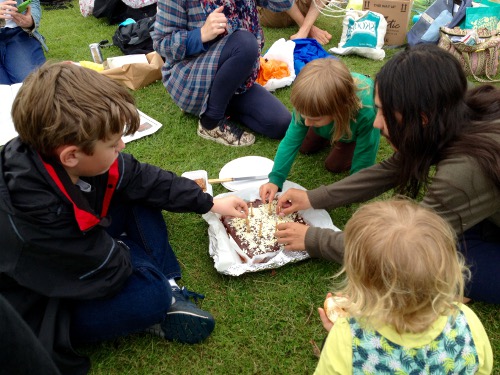 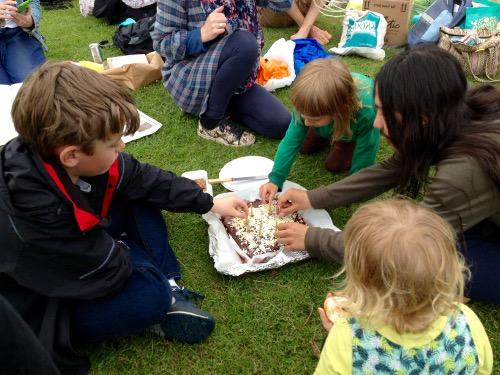 It’s not always easy being 80-years-old.... On a slightly-drizzly Saturday in June, PN readers and staffers – and their children – gathered in Regents Park, in central London, to celebrate the paper’s 80th anniversary – with birthday cake, a parachute, nerf balls, vegan jelly and a small mountain of falafel, among other delights. It was on 6 June 1936 that the Peace News Group launched the paper in London by giving away 5,000 free copies. Happy birthday, everyone!

2,000 activists block US drones base in Germany