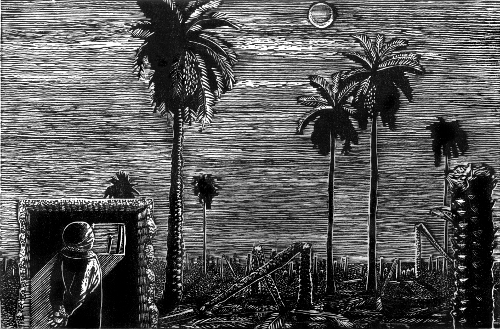 The British media avoid parts of the Chilcot documents

What did we learn from Chilcot? Among other things, that the invasion of Iraq in 2003 was indeed a war for oil.

The day after the long-awaited Chilcot report into the Iraq war was published, the energy editor of Financial Times, Andrew Ward, explained how documents released as part of the report ‘lay bare the desire of UK companies for a share of the spoils from the opening of Iraq’s oil and gas fields once Saddam Hussein’s regime was overthrown.’

British ministers and officials ‘were desperate to avoid oil interests being seen as a motivation for the war but also wary of losing out in the expected scramble for energy contracts’, according to Ward’s reading of the declassified documents.

Representatives for oil groups such as BP and Royal Dutch Shell met the then British trade minister, Elizabeth Symons, in October 2002 in order to press for a greater British role in the postwar Iraqi oil industry; Symons urgently passed on their concerns to the then foreign secretary, Jack Straw.

According to a civil service minute, the oil companies were worried that ‘talks are being held between US officials and companies involved in these sectors from the US and other countries, eg Russia, without any involvement of the UK’.

Another Chilcot-released document reports that Dick Cheney, then US vice-president, told a Russian representative: ‘Bids [for contracts] of those countries which co-operated with the US over Iraq would be looked at more sympathetically than those which did not’.

The fear among British companies was that the US was trying to get the Russian government to support the war (instead of actively opposing it) by offering Iraq’s oil to Russian energy companies.

Another declassified government paper described securing contracts for British companies as a ‘second order objective’ of the war. Christopher Meyer, then British ambassador to the US, responded by arguing that this should actually be a ‘top priority’ in planning for the postwar period, and urged Tony Blair, then British prime minister, to ‘pursue the issue’ with Bush.

The first thing to say about this excellent summary by Andrew Ward is that it is based on the documents released as part of the Chilcot report. None of this material he cites is referred to either in the 150-page executive summary, or in the personal statement of the chair of the inquiry, sir John Chilcot. This shows us something important about the Chilcot report, the gap between the evidence gathered and presented, on the one hand, and the conclusions drawn from the evidence, on the other.

The second thing to say about Ward’s reporting is that his story, ‘British oil groups feared losing out on contracts after the war’, was unique among the British broadsheets on that first day after Chilcot. No other ‘quality’ British newspaper printed a story on this crucial topic that day.

The Guardian published a story by its energy editor, Terry Macalister, the following day, on 8 July, on the third page of its special Chilcot ‘Iraqi oil: allies battled over resources and contracts’.

Macalister wrote: ‘Sir David Manning, foreign policy adviser to Tony Blair, told Condoleezza Rice, the US national security adviser, in Washington on 9 December 2002 that Britain still wanted more of the spoils. “It would be inappropriate for HMG [her majesty’s government] to enter into discussions about any future carve-up of the Iraqi oil industry,” he said. “Nonetheless it is essential that our [British] companies are given access to a level playing field in this and other sectors.”’

Macalister’s story was focused not on the pre-war but on the post-invasion squabbles over how to carve up the Iraqi oil industry, and the British government’s (unsuccessful) attempts to get British oil companies a ‘level playing field’ in Iraq.

Macalister quotes an optimistic note between two British civil servants on 6 September 2004, headed ‘Energy strategy for Iraq’: ‘Iraq’s energy sector development to be complemented by the increasing involvement of UK firms, leading to sustained investment over the next five to 10 years and substantial business for the UK.’

The word ‘business’ here should be translated as ‘profit’.

This is juicy, important, newsworthy stuff. There was no reference to any of Macalister’s material, or to the oil factor in general, in the Guardian on 7 July, either in the main body of the paper (11 pages of Chilcot news, two pages of Chilcot comment – plus a long Chilcot editorial) or in that day’s special four-page Chilcot supplement.

Looking at the British papers that appeared on 7 July, we find media silence on the oil industry role in the invasion and occupation (apart from in the FT, often an exception on important topics).

‘No blood for oil’ was one of the major criticisms of the war, so it was a clear candidate for coverage of the Chilcot report. It was an accusation that might either be supported or undermined by Chilcot.

As we have seen, the inquiry released a lot of very newsworthy documents showing the importance of the oil industry to British policymakers before the invasion and during the occupation.

In the face of all this, it shows extraordinary ideological discipline that all the broadsheets (apart from the FT) managed to ignore the oil factor on 7 July.

This is media self-censorship, another small piece of evidence supporting the Propaganda Model of the mass media created by US academics Noam Chomsky and Edward S Herman. According to Chomsky and Herman, the mainstream media do not serve truth, they serve power. They produce a picture of the world that reinforces the position of established power. This includes distortions in news reporting as well as opinion.

Chomsky and Herman explain that: ‘the enormous amount of material that is produced in the media and books makes it possible for a really assiduous and committed researcher to gain a fair picture of the real world by cutting through the mass of misrepresentation and fraud to the nuggets hidden within.’

They go on: ‘That a careful reader, looking for a fact, can sometimes find it, with diligence and a skeptical eye, tells us nothing about whether that fact received the attention and context it deserved, whether it was intelligible to most readers, or whether it was effectively distorted or suppressed.’

In the case of the Chilcot report, the broadsheet newspapers reached consensus that the most important issue raised by the report was the judgement and/or integrity of the man who took Britain to war, Tony Blair.

What is suppressed by using this framework for discussion is the institutional basis for the war, how invading Iraq was not one man’s whim, but was part of Britain’s systematic use of violence in the postwar era in the service of deeply-rooted foreign policy goals, one of them being control of oil and the profits that flow from oil.

If there is any rewriting of the history books as a result of the Chilcot inquiry, this declassified material about the oil industry and the war will not enter the record – except in the most obscure footnotes.

The meaning of Chilcot, within mainstream media and scholarship, will centre on the flaws of one man, Tony Blair. The media will help to ensure that the public learns as little as possible about the foreign policy system that produced the war.

Milan Rai is the author of Chomsky’s Politics (Verso, 1995).