Radical music: 'Stand up, all victims of oppression' 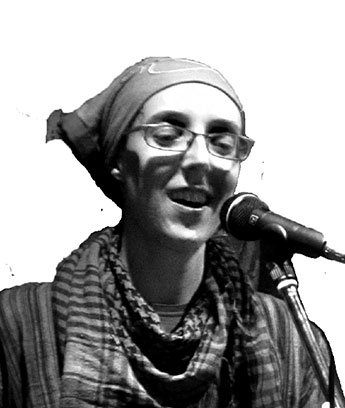 'What filled my heart so much this May Day was being able to see the solidarity.'

Many of us met in person this year for our first May Day together since 2019. And let me tell you, it was pretty darn exciting!

And, of course, there were folk from lots of different unions, with a noticeably large turnout from union women this year, the last two years having highlighted just how important union organising in the social care and teaching unions has become.

There are many songs that bubble to the surface come May Day – the Italian labour anthem ‘Bandiera Rossa’ (The Red Flag); Leon Rosselson’s ‘The World Turned Upside Down’, keeping alive the story of the Diggers of 1649 who chose to live differently, and of course ‘The Internationale’.

‘The Internationale’ was written during a time of real revolutionary hope, at the beginning of a great expansion of global solidarity and what that could mean for working people the world over.

The title comes from the International Workingmen’s Association, often called the First International, an alliance of workers trying to unite left-wing socialist, communist, anarchist and trade union groups across Europe.

Eugene Pottier, a French anarchist poet, attended the first congress, which was held in 1864 in London. He was later a member of the Paris Commune, a revolutionary government that took control of Paris from March to May 1871.

In June of that year, he wrote the poem ‘L’Internationale’, which was originally intended to be sung to the tune of ‘La Marseillaise’ – a reclaiming of the French national anthem for internationalist values. But, a few years later, French Marxist Pierre De Gevter wrote the melody that we all sing ‘The Internationale’ to today.

‘L’Internationale’ was first translated into Dutch by Communist poet Henriette Roland Holst, ‘Ontwaakt, verworpenen der aarde’ (‘Wake up, all who are rejected’), with US and British English and Rumanian versions following pretty quickly after. By the time of the 1910 International Socialist Congress in Copenhagen, versions had appeared in 18 different languages.

In 2022, you can find the song translated into well over 100 languages.

In a (sometimes amusing) microcosm of life on the Left, people still argue over which version to sing, which language to sing it in, and more recently whether to sing the ‘original’ English-language version or Billy Bragg’s updated version. I favour the Billy Bragg version which for me translates so well the full meaning of the original into our current contexts.

‘Stand up, all victims of oppression / For the tyrants fear your might / Don’t cling so hard to your possessions / For you have nothing, if you have no rights / Let racist ignorance be ended / For respect makes the empires fall / Freedom is merely privilege extended / Unless enjoyed by one and all / So come brothers and sisters / For the struggle carries on / The Internationale unites the world in song / So comrades, come rally / For this is the time and place / The international ideal/ Unites the human race.’

What filled my heart so much this May Day was being able to see the solidarity.

So many people with so many different primary focuses in our collective work for social and environmental justice.

A beautiful web of people who believe another world is possible simply because they are working to make it so.

Tom Glazer’s ‘The Whole Wide World Around’, which is (somewhat unexpectedly) set to the music of ‘O Haupt voll Blut und Wunden’ from Bach’s St Matthew Passion, resonated particularly strongly for me this year: ‘My comrades are all others / Forever hand in hand / Wherever people struggle / There is my native land.’