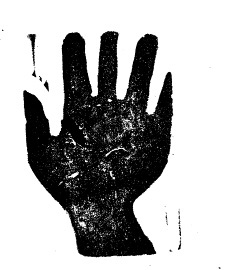 Bringing down a 30-year dictator

By the early 1990s, Hastings Kamuzu Banda of the Malawi Congress Party (MCP) had been president of Malawi for 30 years, ever since the country transitioned from colonial rule. At the time, Malawi was a single-party state in which political parties were illegal.

When the bishops did nothing, the pope met with them again. Returning from Rome, on 8 March 1992, Malawi’s eight Catholic bishops wrote a pastoral letter called ‘Living in Our Faith’, which was read in churches throughout Malawi.

The letter denounced the government’s rigid censorship of mass media, infringement on education, and frequently illegal imprisonment of hundreds of Malawians.

Two days later, the bishops were arrested by the government, and interrogated for eight hours.

Inspired by the letter, university students in the former capital, Zomba, began demonstrations that spread to other areas of the country.

Police fired at the demonstrators and the students, who were reported to have ‘battled’ with police.

Junior army officers protected the students from the police and encouraged them to protest. A month later, senior and middle-ranking army officials told president Banda they would not continue suppressing Malawians who wanted multipartyism.

From 20 – 23 March, 80 exiled opposition activists gathered in Zambia, meeting as the United Front for Multiparty Democracy. Following the conference, human rights activist Chakufwa Chihana returned from exile and was arrested after making a speech calling for multiparty politics. Upon his arrest, campaigners held more demonstrations.

Meanwhile, tapes were discovered in which government members discussed the possibility of assassinating the bishops, which led to more demonstrations. Throughout all this, the army firmly continued to remain neutral.

When president Banda asked for foreign aid from the consultative group of the World Bank, who were meeting in Paris on 11 May, his request for $800 million was denied.

Donors told Banda that aid (other than humanitarian aid) would remain suspended until the human rights and political conditions in his country changed. Due to pressure from aid donors, Banda had already released 88 political prisoners.

On 4 May, 3,000 workers at the David Whitehead textile factory went on strike. They demanded that Chihana be released from prison and that Malawi become a multiparty state. Because the factory boss was in business with Banda, the strike was equivalent to a direct challenge of Banda.

The strike was disbanded that same day, but the workers returned on 6 May to march to the city centre. They were joined by unemployed youth, students, and other workers. Police fired with live ammunition at the protestors, which led to violence on the side of the campaigners.

The situation deteriorated into looting of shops, destruction of property and vandalism. 38 people died during the events.

In August more churches joined the push for multipartyism. Initially, the Livingstonia synod of the Church of Central Africa Presbyterian (CCAP) created a committee to press for a referendum on multiparty politics.

Then an open letter was sent out by the Christian Council of Malawi (CCM) with the approval of its churches. The ecumenical council of Malawi, the Muslim community, and other churches also supported the campaign.

In October, the Alliance for Democracy (AFORD) was formed to stop Banda’s dictatorship. AFORD embodied a nonviolent ideology, claiming it would ‘campaign openly through peaceful and lawful means’.

Throughout this period, the Young Pioneers (a militant youth group created by Banda) constantly flogged and intimidated protestors. They even attacked Chihana’s lawyer by throwing stones.

On 18 October, president Banda announced that a referendum would be held regarding multiparty politics.

Meanwhile, in December, Chihana was sentenced to two years in prison, which caused more demonstrations.

On 31 December, Banda decreed that the referendum would be held the following year on 15 March 1993. Members of the opposition complained that the date was too soon and would not allow them sufficient time to campaign.

Finally, the UN sent Banda a letter, which convinced him to move the referendum to 15 June 1993 so that they could be there to monitor the proceedings.

On 14 June, Chihana was released from prison and the next day the referendum took place. Of the total number of registered voters, 67 percent voted that day, and of those voters 63.5 percent voted for multiparty politics.

At this time, the army, which had remained neutral, disbanded the Young Pioneers.

The next election was set for May 1994. The main three competing parties were the MCP, the United Democratic Front (UDF), and AFORD. UDF candidate Bakili Muluzi was elected president and Banda relinquished his position as president.

Researcher: Lindsay Carpenter, February 2011. Next issue, all change. This is the final case study we’re publishing from the Global Nonviolent Action Database, a project of Swarthmore College, USA: www.nvdatabase.swarthmore.edu